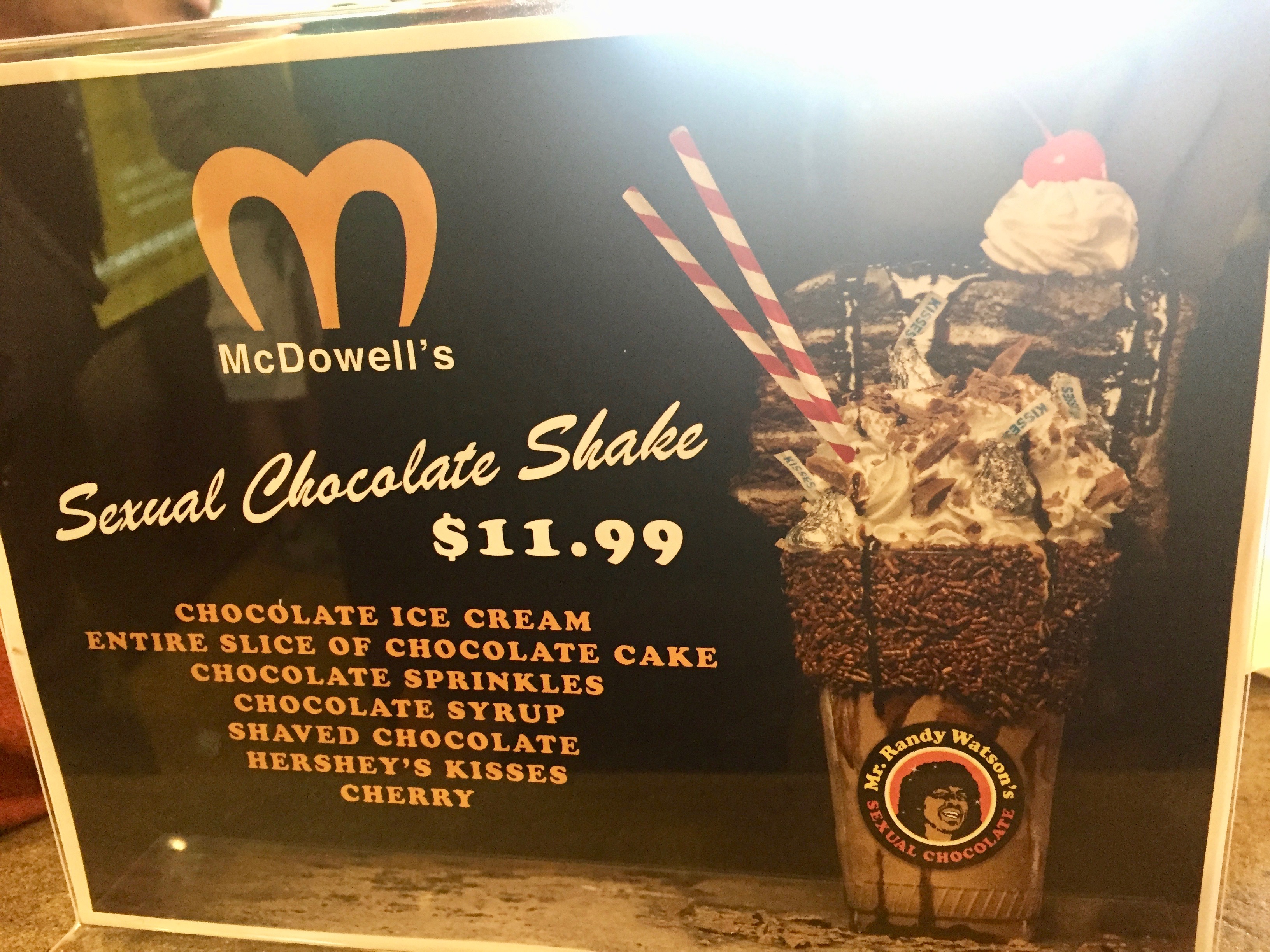 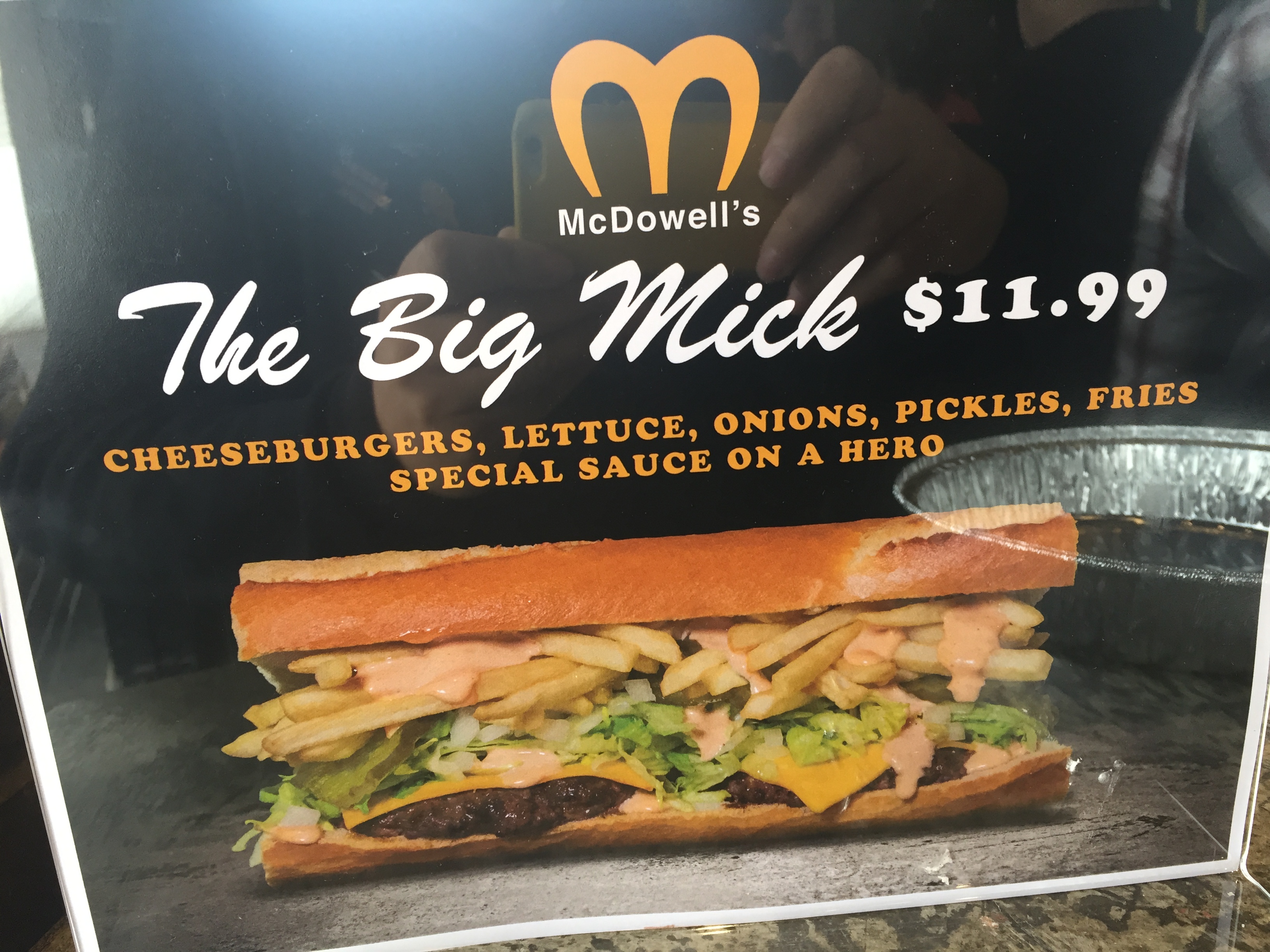 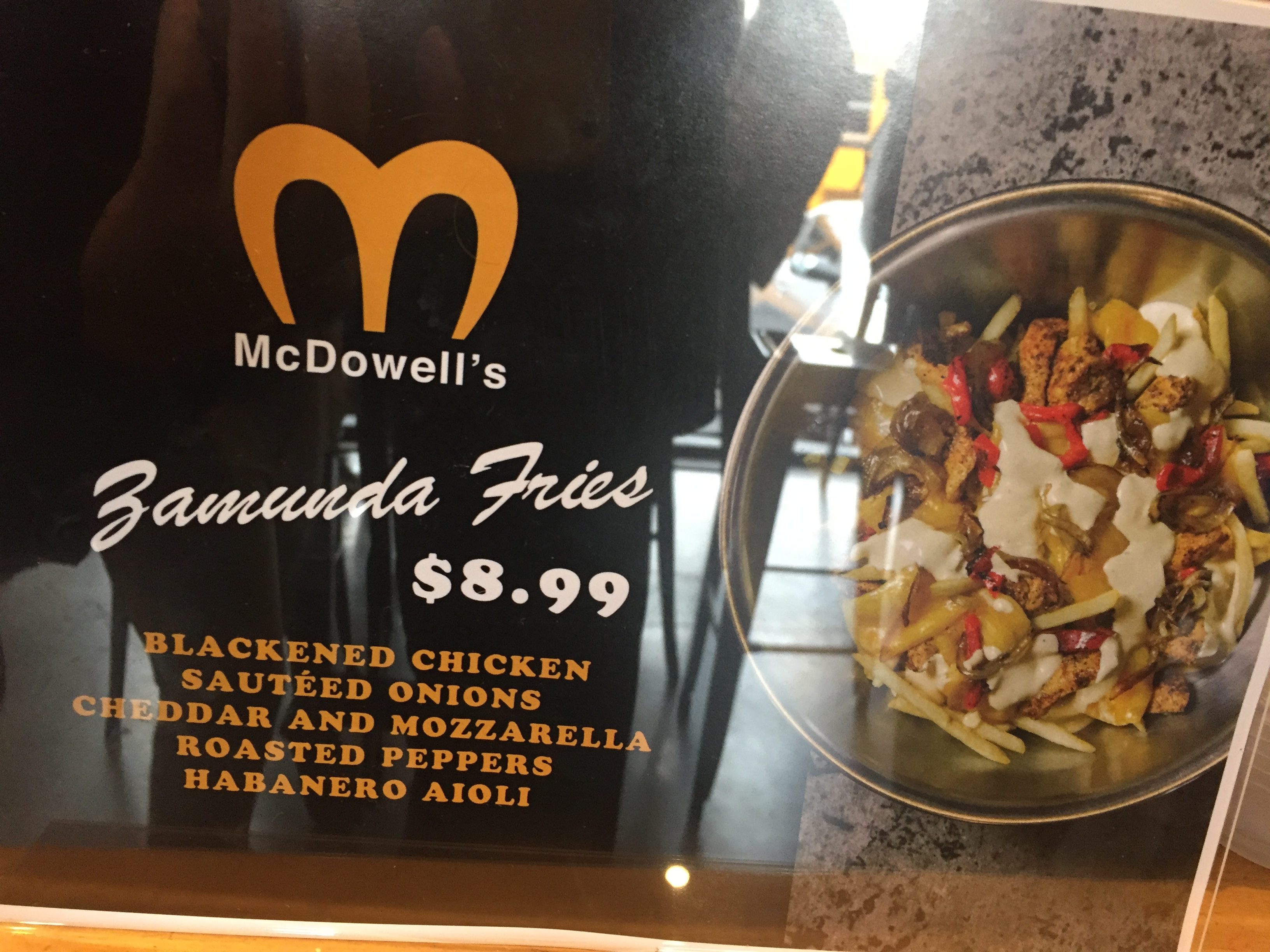 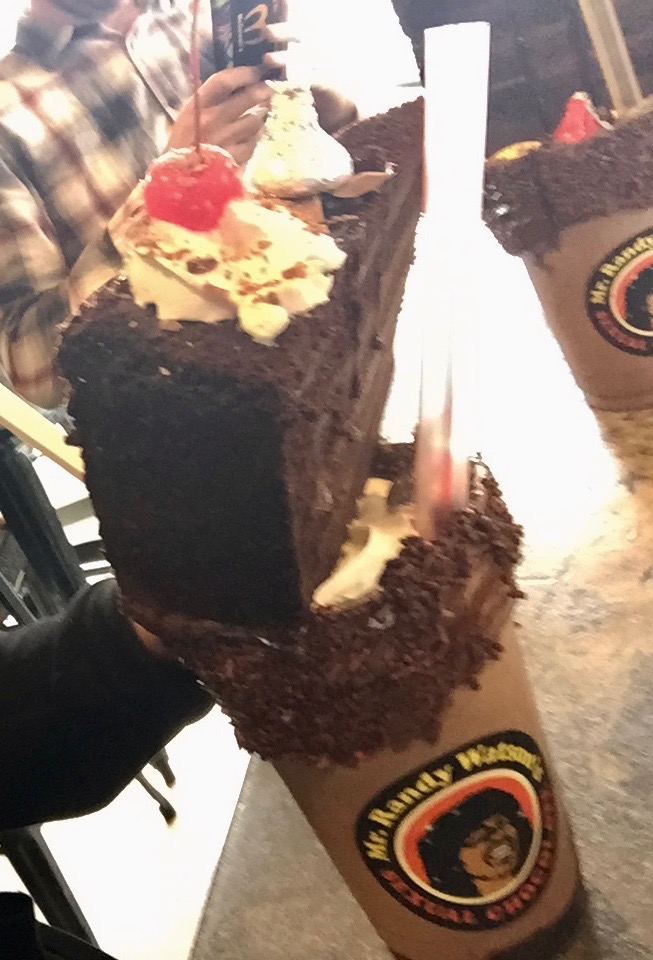 Fat Sal’s Deli is primarily known as a celebrity venture co-founded by Jerry Ferrara who played Turtle on HBO’s Entourage. For Halloween 2017, the popular Hollywood location which normally draws long lines for it’s elaborate stunt sandwiches and shakes is seeing those lines double and triple in length for the latest in a line of pop culture eateries.

Sal’s elaborates on an idea first executed Halloween 2015 and making a return this year by The Wiener’s Circle, the Chicago hot-dog institution known for it’s hostile staff. Like The Circle, Fat Sal’s dressed it’s in and outdoor signs in McDowell’s “Golden Arcs” logo and it’s employees in the Scottish Tartan and tam hats from the 1988 film but went further in offering a limited edition McDowell’s theme menu including Chicken and Chesse Fries from Prince Akeem’s native Zamunda; McDowell’s signature “Big Mick”, a double cheeseburger served on a hero roll and to win the day a stunt shake named for Queen’s own Randy Watson. The Sexual Chocolate Shake is a towering drink made with chocolate ice cream, chocolate syrup, served in a glass rimmed with chocolate jimmies topped with a slice of five layer chocolate cake, Hershey’s Kisses whipped cream and a cherry (non-chocolate).

Further touches were the rare Nile Rodger’s produced soundtrack on the speakers, Prince Akeem’s Employee of the Month Photo in the lobby and an 80’s VHS styled menu promo running along side the Soul-Glo ad on the cashier touchpads. The McDowell’s Pop-Up is a wrap after Halloween night.

Thanks to Ron Clark once again for the being the roving reporter on the scene to get the scoop!