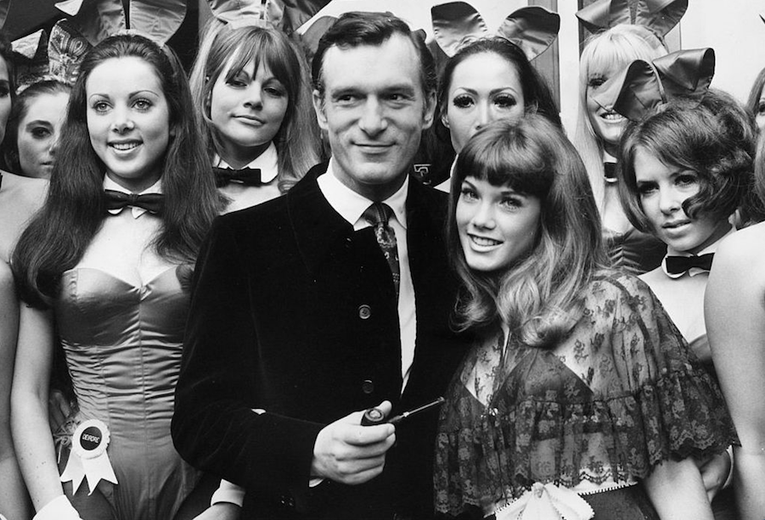 Without having the need to write a full on biographical history of the man known as Hugh Marston Hefner because 99.9% of the world should already know somewhat of his history as publisher, creator, man with a vision, some might say an exploiter of woman or a creepy old man, but one things for sure, he got your attention! Playboy has interviewed the likes Martin Luther King Jr., Miles Davis, Malcolm X, Alex Haley and gave Dick Gregory his big break.

“In 1961, Gregory, was working at the black-owned Roberts Show Bar in Chicago when he was spotted by the Playboy founder, who was in the audience.

Hefner hired Gregory to work at his Chicago Playboy Club, a move the comic called brave and important during the 2001 Comedy Central roast of Hefner.

“You had a courage when no one was bringing in blacks and minorities, and let you stand flat-footed in America and just talk, you brought me in” Gregory said during the roast. “You didn’t give me a lecture. You gave me no instructions.”

Founder of Playboy in 1953, Hefner was an advocate of sexual liberation and freedom of expression, as well a political activist and philanthropist in several other causes and public issues. While working as a copywriter for Esquire, Hefner left in January 1952 after being denied a $5 raise. In 1953, he took out a mortgage, generating a bank loan of $600, and raised $8,000 from 45 investors, including $1,000 from his mother (“Not because she believed in the venture,” he told E! in 2006, “but because she believed in her son.”), to launch Playboy, which was initially going to be called Stag Party. The first issue, published in December 1953, featured Marilyn Monroe from her 1949 nude calendar shoot and sold over 50,000 copies. (Hefner, who never met Monroe, bought the crypt next to hers at the Westwood Village Memorial Park Cemetery in 1992 for $75,000.

After the Charles Beaumont science fiction short story “The Crooked Man” was rejected by Esquire magazine in 1955, Hefner agreed to publish it in Playboy. The story highlighted straight men being persecuted in a world where homosexuality was the norm. After the magazine received angry letters, Hefner wrote a response to criticism where he said, “If it was wrong to persecute heterosexuals in a homosexual society then the reverse was wrong, too.” In 1961, Hefner watched Dick Gregory perform at the Herman Roberts Show Bar in Chicago. Based on that performance, Hefner hired Gregory to work at the Chicago Playboy Club; Gregory attributed the subsequent launch of his career to that night.

On June 4, 1963, Hefner was arrested for promoting obscene literature after an issue of Playboy featuring nude shots of Jayne Mansfield was published. The case went to trial and resulted in a hung jury.

During the civil rights era in 1966, Hefner sent African-American Alex Haley to interview George Lincoln Rockwell, much to Rockwell’s surprise because Haley was black. Rockwell had founded the American Nazi Party and would be later described by some as the “American Hitler”. Haley had also interviewed Malcom X in 1963 and Martin Luther King in 1966 for the newly established 1962 “playboy interview”.