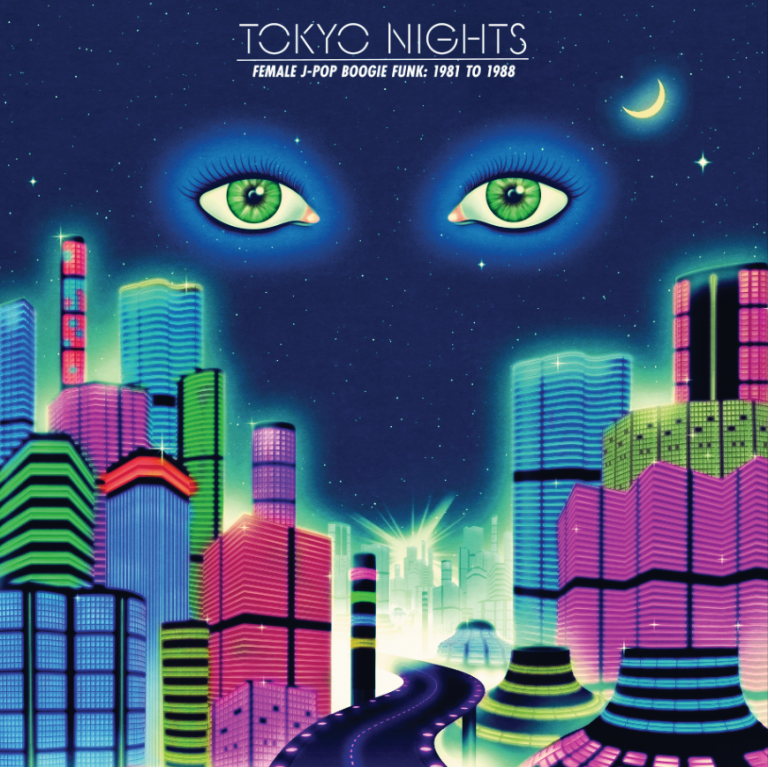 Just as I was in the act of planning my 2018 Magma Taishi Returns Japan Tour and scrolling through emails, I received a notification about a new compilation LP dedicated to my favorite place as well as the beautiful voices of Japanese female vocalists.  There’s something about a properly curated LP with hand picked tunes that really stands out and the new Tokyo Nights: Female J-Pop Boogie Funk 1981 To 1988 is one of those standouts to be excited for.  Being exposed to the genre years back while touring in Japan, this new LP just feels right and transports me back to being in Tokyo without leaving my home.

This compilation presents 12 of the most memorable and sought-after songs of the era recorded by female artists. The music is a reflection of the unbridled optimism, technological achievement, excess and exuberance of Bubble-era Japan. More than catchy melodies and funky baselines, these are reflections of a time when Japan was the center – and future – of the world.

While influenced by American R&B and boogie, elements of fusion, YMO style Technopop, and adult-oriented rock (AOR) are front and center. Sung primarily in Japanese (with a word or two of English sprinkled in), City Pop is Japanese music for Japanese people. Producers like Tatsuro Yamashita, Toshiki Kadomatsu, and Haruomi Hosono were quick to embrace the latest studio equipment and technology. Synthesizers like the Yamaha DX7, Roland Juno-60, ARP Quadra, Moog Polymoog and Oberheim OB-8, as well as drum machines like the Linndrum, were prevalent. Digital reverb was applied liberally.

Check out the mix that London based DJ crew Shibaura Sound System put together a mix to help promote the release.