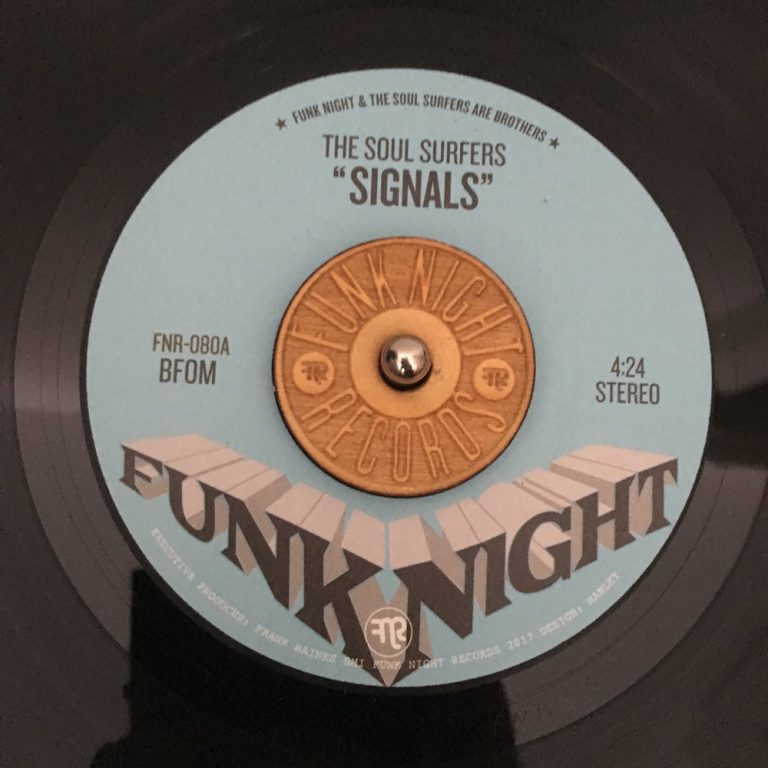 Closing out the year on a high note, Detroit’s Funk Night Records drops a pair of lucky 7’s from Russia’s The Soul Surfers.  For years now I’ve been a fan of and championing the Surfers and they continue to grown not only in their vinyl releases but their live show is equally as amazing.  The pair of 7’s consist of “My Crew (Doe)” b/w “Smell of Detroit” which pays tribute to not only crew and family across the globe but especially Detroit which has been a big inspiration for this Russian band.

The second 45 in the pair consists of “Signals” b/w “My Crew” (Instrumental) which after the first listen, you’ll be hooked on both.