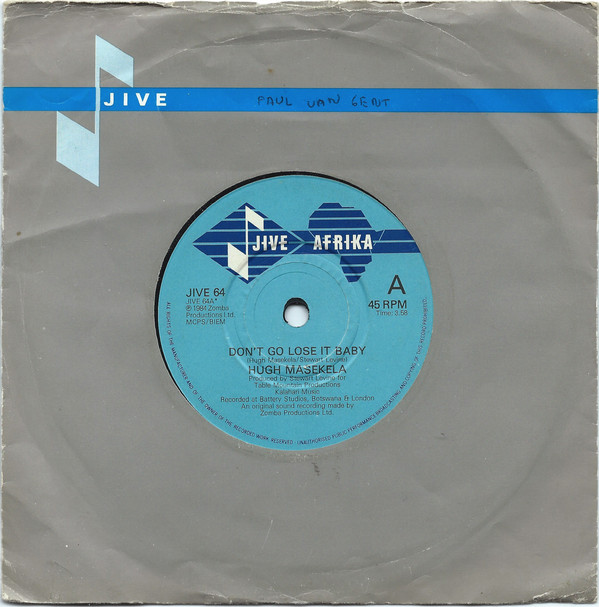 “Word broke earlier today that legendary jazz trumpeter Hugh Masekela, a leading figure in the struggle to end apartheid and “the father of South African jazz”, has died aged 78. Born in the South African town of Witbank in 1939, Masekela was inspired to learn the trumpet after seeing Kirk Douglas play Bix Beiderbecke in the 1950 film Young Man with a Horn.  In 1960, aged 21, he left South Africa to begin what would be 30 years in exile from the land of his birth. Under the tutelage of Dizzy Gillespie and Louis Armstrong, he was encouraged to develop his own unique style. In 1967, he performed at the Monterey Pop Festival alongside Janis Joplin, Otis Redding, Ravi Shankar, The Who and Jimi Hendrix.” – BBC

Masekela had an incredible musical career over the years releasing a full discography and working with incredible artists and musicians creating incredible works.  This past Saturday while in Baltimore playing a Disco set, I played a record that’s always in my crate by Masekela, “Don’t Go Lose It Baby” heavy electronic Disco cut that always sounds good in the sound system.