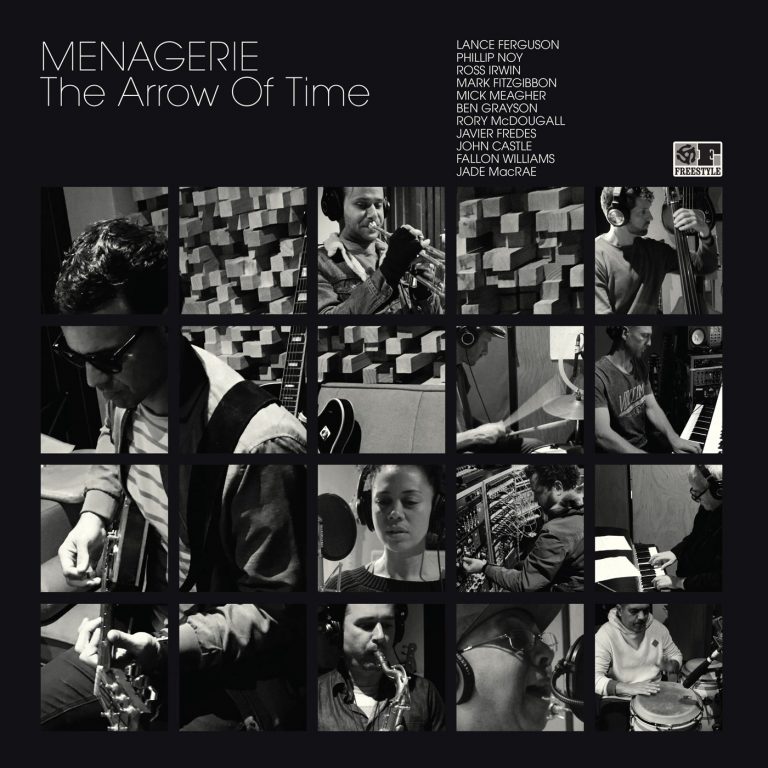 Menagerie – The Arrow Of Time

There’s no denying that Jazz has become more of a focus in todays music scene with many of the independent labels ushering in the wave of up and coming as well as seasoned musicians from across the globe. Over the last year alone, we’ve covered more than a handful of LPs and 45 vinyl releases that caught our attention and hopefully this latest will capture yours.  One artist who has been been ploughing this furrow in the southern hemisphere for longer than most is Lance Ferguson. As the driving force behind The Bamboos, Cookin’ On 3 Burners, Lanu, and the Black Feeling series, these are the varied and versatile projects on which he has built an enviable reputation.

“Lance himself explains: The Arrow Of Time’ draws its inspiration conceptually from the themes of space exploration, human evolution and the future of humankind. It’s pretty big stuff to be underpinning an album of modal Jazz tunes – but the main message is one of hope, and I hope that comes across in the music.”

File alongside legendary labels such as Strata East, Tribe and Black Jazz as this LP is tightly knit and explores far and wide with serious touches into the Jazz-funk and Soul-jazz ends of the sonic spectrum.