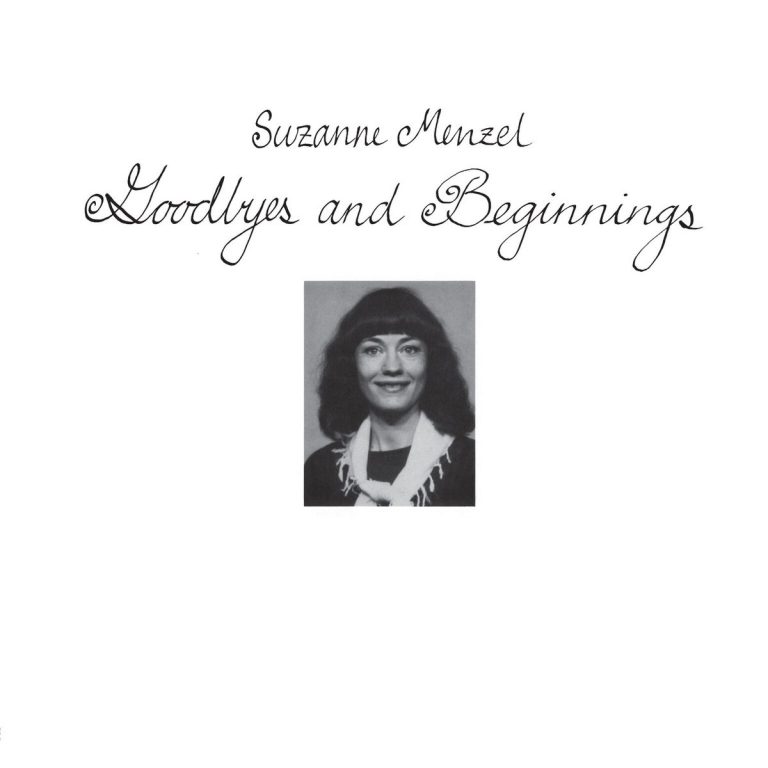 There’s something about discovery of music, art and culture via circles of collectors and appreciators both small and large on a global level that share information in hopes of expanding an even wider range of those who will hopefully be in tuned.  Over the years I’ve gotten hipped to plenty of artists and genres by others and as I’ve gotten older my ears have matured to accept and appreciate new sounds.  No longer am I “sample chasing” as I once did in the 80’s and early part of the 90’s, instrumentation and compositions mean much more to my ears and a 2 second sample that some famous producer sampled has never been important. But at the end of the day, discovery is what it’s all about which brings us to the release at hand.

“Frederiksberg Records is proud to announce the first reissue of Suzanne Menzel’s 1981 album “Goodbyes and Beginnings”.

This sought-after rarity presents a blend of ambient, new-age, 60’s inspired folk music. The melancholic lyrics of singer-songwriter Suzanne Menzel are transformed by Danish New-Age pioneer, Klaus Schønning’s, futuristic soundscape. Schønning, not only produced “Goodbyes and Beginnings,” Menzel also credits him as giving her the artistic courage to self-release her first and only album.

Available for pre-order via https://frederiksbergrecords.bandcamp.com/album/goodbyes-and-beginnings