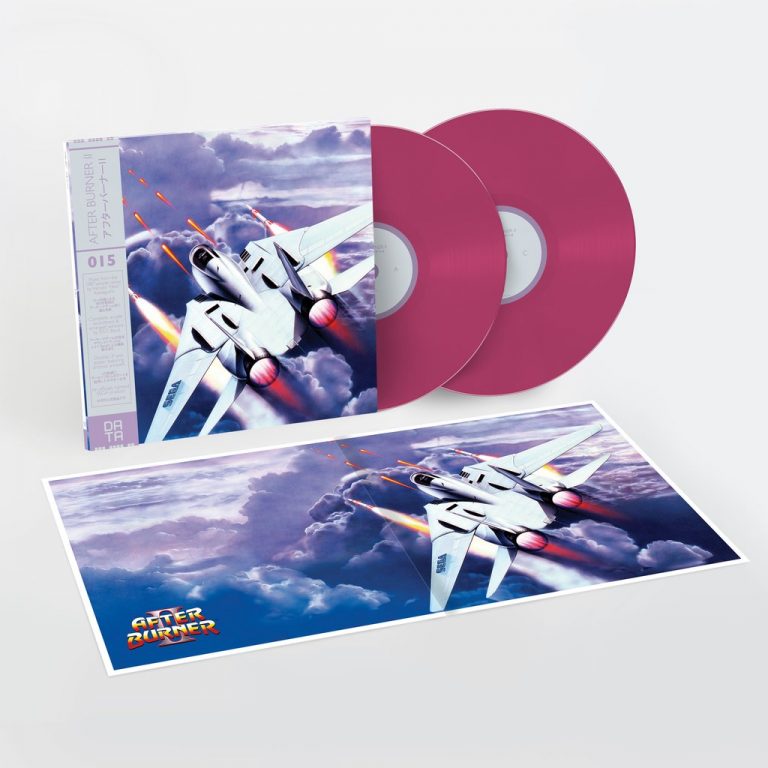 Data-Discs continues with there series of classic video game soundtracks on vinyl and their upcoming release for the SEGA classic, After Burner II is a must for the collection.

Music from the arcade classic, newly remastered and available on vinyl for the first time outside of Japan. Composed in 1987 by SEGA’s legendary in-house programmer, Hiroshi “Hiro” Kawaguchi (OutRun, Space Harrier), this vinyl release of After Burner II features the complete arcade score, along with an unused “Melody Version” of the title track. In addition, we are proud to include a second disc of bonus material, including three arranged versions by SEGA’s in-house live band (S.S.T. Band) from 1988, along with a keyboard and brass infused medley performed by Hiro’s current band, SEGA Sound Unit [H.].

After Burner II is presented as a double 180g LP, cut at 45RPM and housed in a heavyweight single-pocket sleeve. Also included is a 250gsm foldout poster of the original artwork, featuring the iconic F-14 Tomcat fighter jet, which has been newly licensed for this release.*

Available in the following editions:

Available for pre-order with a March 2018 release date https://data-discs.com