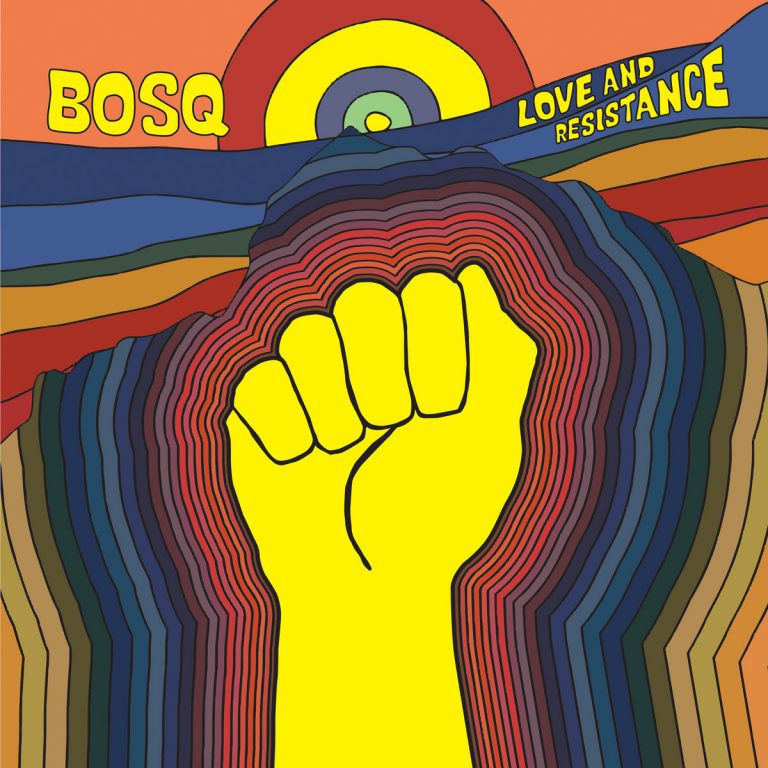 When it comes to being consistent with producing quality projects, the homie Bosq continues a high level of output and I can honestly say that I’ve never heard a record that I didn’t like from him.  The Boston native, now residing in Medellin Columbia steps back to the batters mound in search of another home run with his upcoming third LP, “Love and Resistance” which sees the producer diving deeper in his influences that have helped to carved out his sound that he’s mastered.

“The strains of Afro and Latin flavors are interwoven and still heavily permeate but the underlying groove and rhythms have taken on a more modern, jazz-funk and disco-soul vibe with nods to Bobby Caldwell, Roy Ayers, the Mizell brothers and Nile Rodgers’ Chic.”

Featuring guest vocalists on all but one of the tunes including frequent collaborators Kaleta, and Nicole Willis, along with Ray Lugo who’s known for his work in Kokolo and Boogaloo Destroyers. LA based singer Induce and new duo Lucid Paradise (E da Boss & Ishtar) along with vocalist Bruno Morais whose classic Brazilian voice is reminiscent of Jorge Ben round out the cast of Bosq’s most vocally varied album work to date, reflecting both his growth as an artist and his willingness to push his own sonic boundaries. Available via https://bosq.bandcamp.com