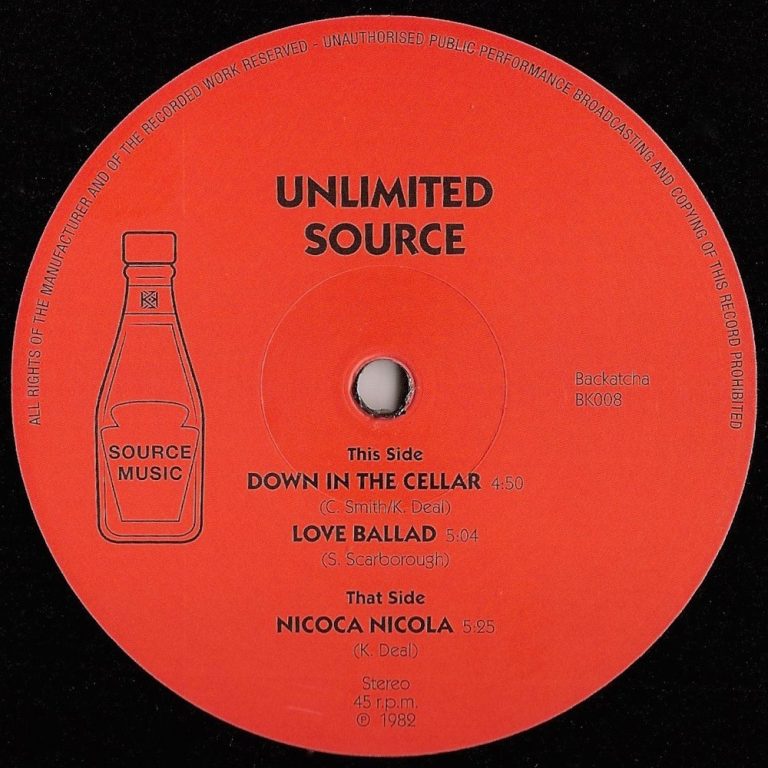 Backatcha Records returns with a nice slice of reissued UK Jazz-funk that hits hard and makes for perfect dance floor action and one that I temporarily filed away after my Japan tour last year and forgot about until this timely reminder.  The Unlimited Source EP is a 3 song let it all breath type of record where there isn’t an unfavorable portion of the record that should not be played.

“Unlimited Source a band of musicians hailing from Hemel Hempstead, Harpenden, St Albans, Watford, and Luton, they had steady gigs in north London and across the surrounding commuter belt. Most of their original songs were written by guitarist Keith Deal and keyboard-player Richard Vahrman. Asides their original compositions, gigs were filled with cover-songs of popular jazz-funk titles including their take on George Benson’s uptempo spin of ’Love Ballad’.”

“Recorded at Wopalong Studios, Luton in 1982 and released by the band themselves, the record was obscured by a limited press, available only at their live shows and a few key record shops like City Sounds in Holborn. Glowing reviews from Invicta’s and LWR’s Debbie Goper in a 1981 edition of Groove Weekly magazine noted “Their original material is very skilful with quite a unique sound… Six strong with ages from 18 up to 31, they make a great team. Amidst the general lunacy I managed to establish they have been together for about a year with most of them being old friends”