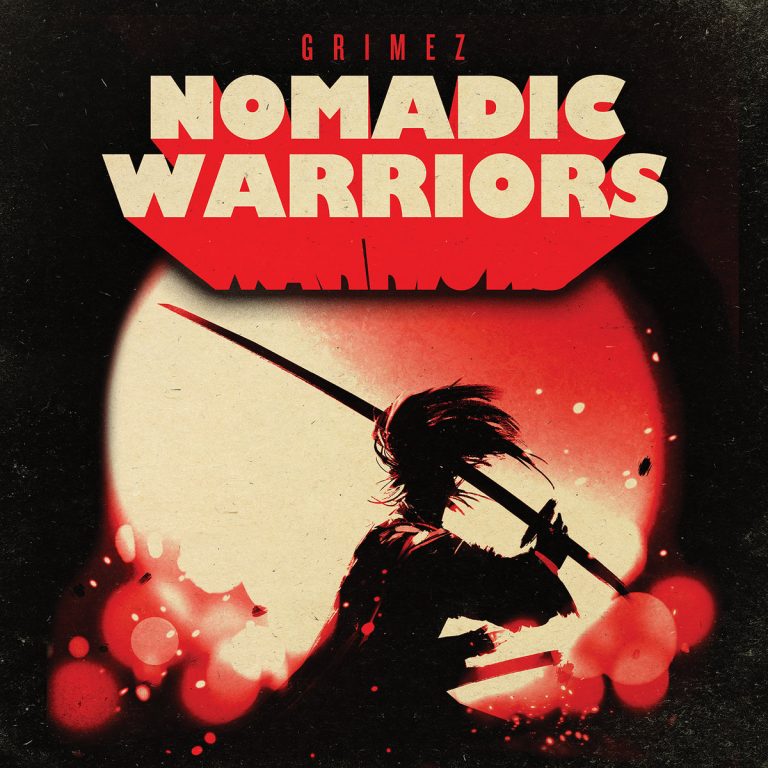 There was a point in the mid 2000’s where most of the music that was played by bands that I was was buying just happened to come from Europe and Asia with only a handful residing here in the states that was recording a sound that I was really into.  Funk and Soul was heavy on both sides but in the cinematic department, it seemed to be more of an appreciation of European standards that is up until the last 5+ years where we’ve seen an influx of a few bands across the states that are focusing more on a Library / Soundtrack sound or as it is presently described as “Cinematic Funk”.

One of the labels that have their hand in the mix and turning out great original tunes in the cinematic funk B-movie spectrum is Chiefdom Records who recently released two offerings and full length LPs to kick off 2018 for lovers of the sound. Both by Grimez, “Mental Slave” is straight on course while “Nomadic Warriors 2” adds a bit of dub in to the mix to give this release a bit of a change up but both with equal ear appeal. In the only proper way to do it, the band is armed with nothing more than instruments and an Otari 8 track reel to keep that warm analog sound intact. There’s a pretty obvious theme going on here and Chiefdom Records are placing themselves in good company with fans of those who appreciate the stylings of El Michels Affair and Adrian Younge along with composers like Estonia’s Misha Panfilov and Shawn Lee.  As an avid B-movie and exploitation film lover plus a vinyl collector, I’d highly recommend you grabbing copies as I’m sure Quentin Tarantino would too!