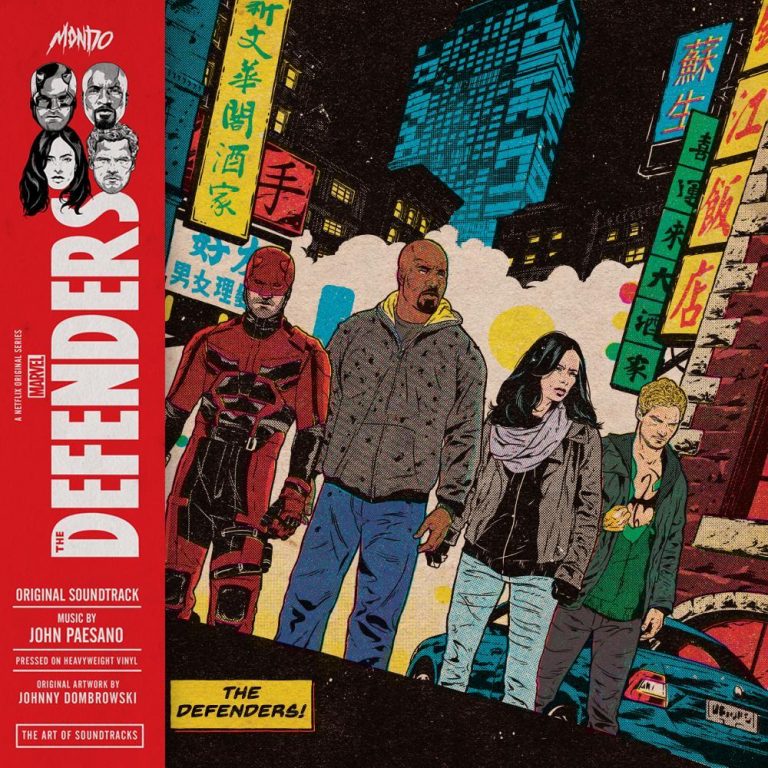 Comic movies and TV series are all the rage these days and extend much further than just the geeks and comic book lovers who have kept the super hero industry alive all these years.  Following up on the success of 2016’s soundtrack release for the Netflix series Luke Cage, Mondo has since pressed to vinyl soundtrack releases for fellow series Jessica Jones (scored by Sean Callery), Daredevil (scored by John Paesano), Iron Fist (scored by Trevor Morris) and soon to be released the soundtrack for The Defenders with John Paesano also handling score duties.

The score to THE DEFENDERS takes his work to another level. Incredibly dynamic, serious and still fun, and ominous but still optimistic. Paesano takes the musical world of the four separate comic book superheroes, all dealing with their own sonic demons, and produces a seamlessly shared musical universe for them to co-exist.