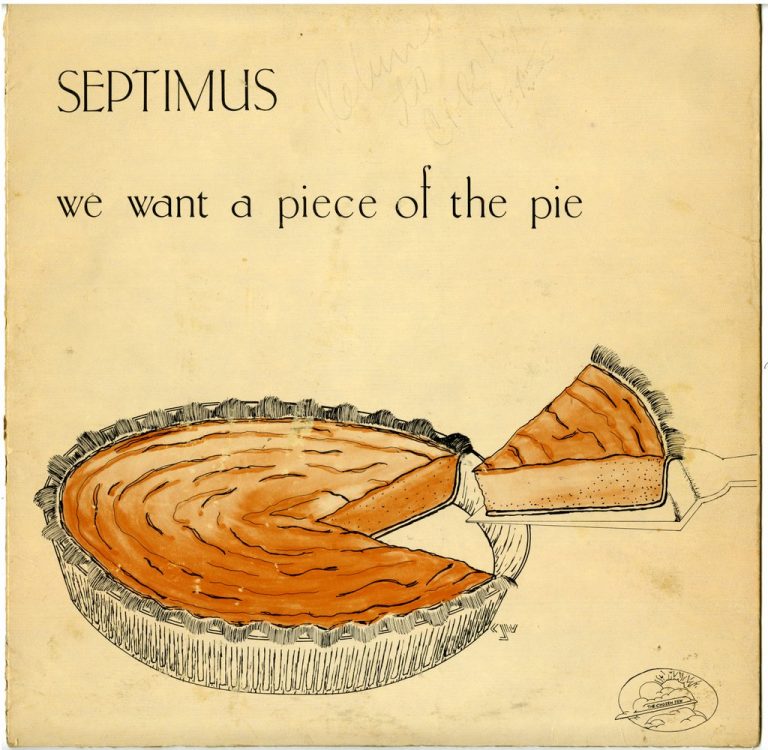 Being a “member” or subscriber has always had it’s perks, from magazine’s and comics doing subscriber variants to boutique art toys doing limited runs for their loyal fans, this has always been a way of separating your collection from others. Over the years, we’ve seen record clubs like Now Again and most recently Ximeno Records do similar things and stepping up to fill the need of those collectors who want just a little bit more is Boston’s Cultures of Soul label with their LP Subscription Series.

Over 12 months and for $85 you’ll receive 4 LPs that most likely have slipped under your radar or you were just never in the know of fully licensed from the original artists with custom stock jackets, comprehensive liner notes detailing the story behind each album and digital download code for each album. The first release is Septimus – “We Want A Piece of The Pie” shipping on June 29th.

Here’s an excerpt taken from the liner notes written by Uchenna Ikonne:

“The final product was an album featuring eight tracks of sumptuous, jazzy R&B and funk, showcasing the crisp musicianship Septimus had honed night after night playing for nightclub crowds in Oklahoma. It also felt slightly out of time, hearkening back to the deeply earth and spiritual feeling of early 70s soul more so than fitting in with the gleefully cosmetic and glossy tone of early 1980s boogie funk.

One of the album’s high points is a thee delirious cover of the S.O.S. Band’s inspirational jam “Take Love Where You Find It,” which was also extracted for the b-side of a single on Chosen Few featuring the title track on the a-side.

The album was by any standard a magnificent artistic accomplishment but situating it in the market was going to be another hurdle.”