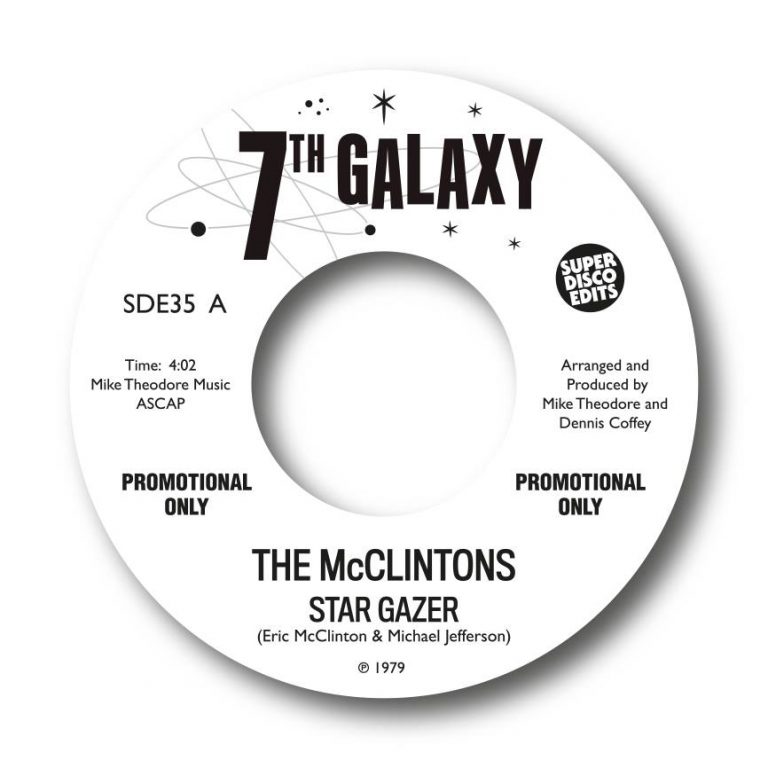 Early bird alert coming in via DJ Sigher’s Super Disco Edits label and a double-sider slice of Modern Soul gold from The McClintons with the first listen of “Dream Baby Blue” b/w “Star Gazer”, another previously unissued cut from the vaults.

“Brother and sister Eric and Arrontette MCclinton had been recording for many years. Around 1976 they did a 45 release together on Honey records called “where you are” under the their Christian names, although Eric was spelled Eryke! The single didn’t have much success but both brother and sister still went on to be amazing backing singers working for legendary producers Mike Theodore and Dennis Coffey. Whilst they were under the watchful eye of the production team they recorded some material again and a duo for theo/coff in a bid to get them another record deal and show their capabilities. These songs never got releases. Eric became and prolific song writer and also joined the group High Fashion .
We are super pleased to finally release the shelved songs from 1978. This in one of two releases by the duo.”

Stay tuned for the promo release copies via http://superdiscoedits.bigcartel.com