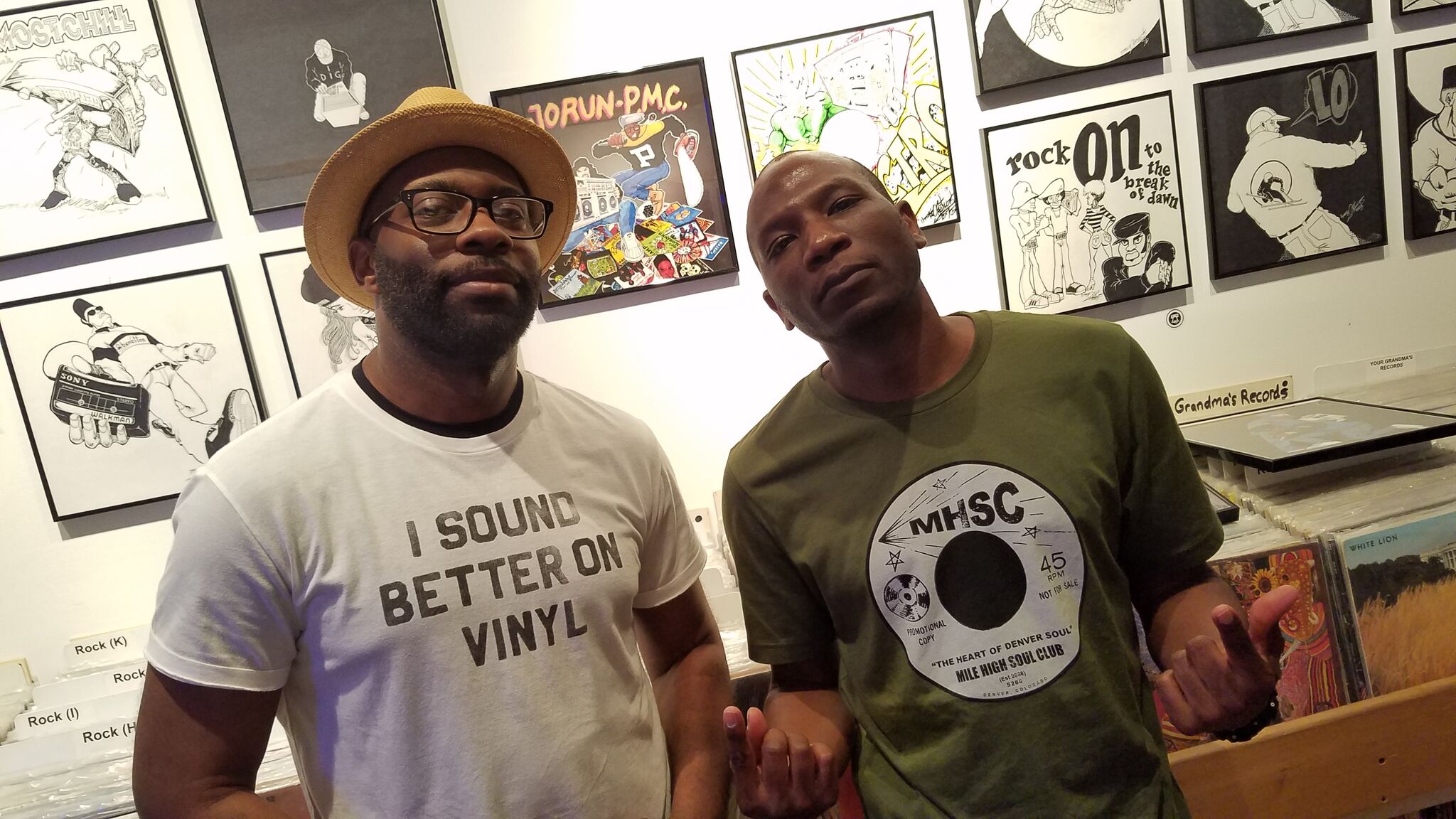 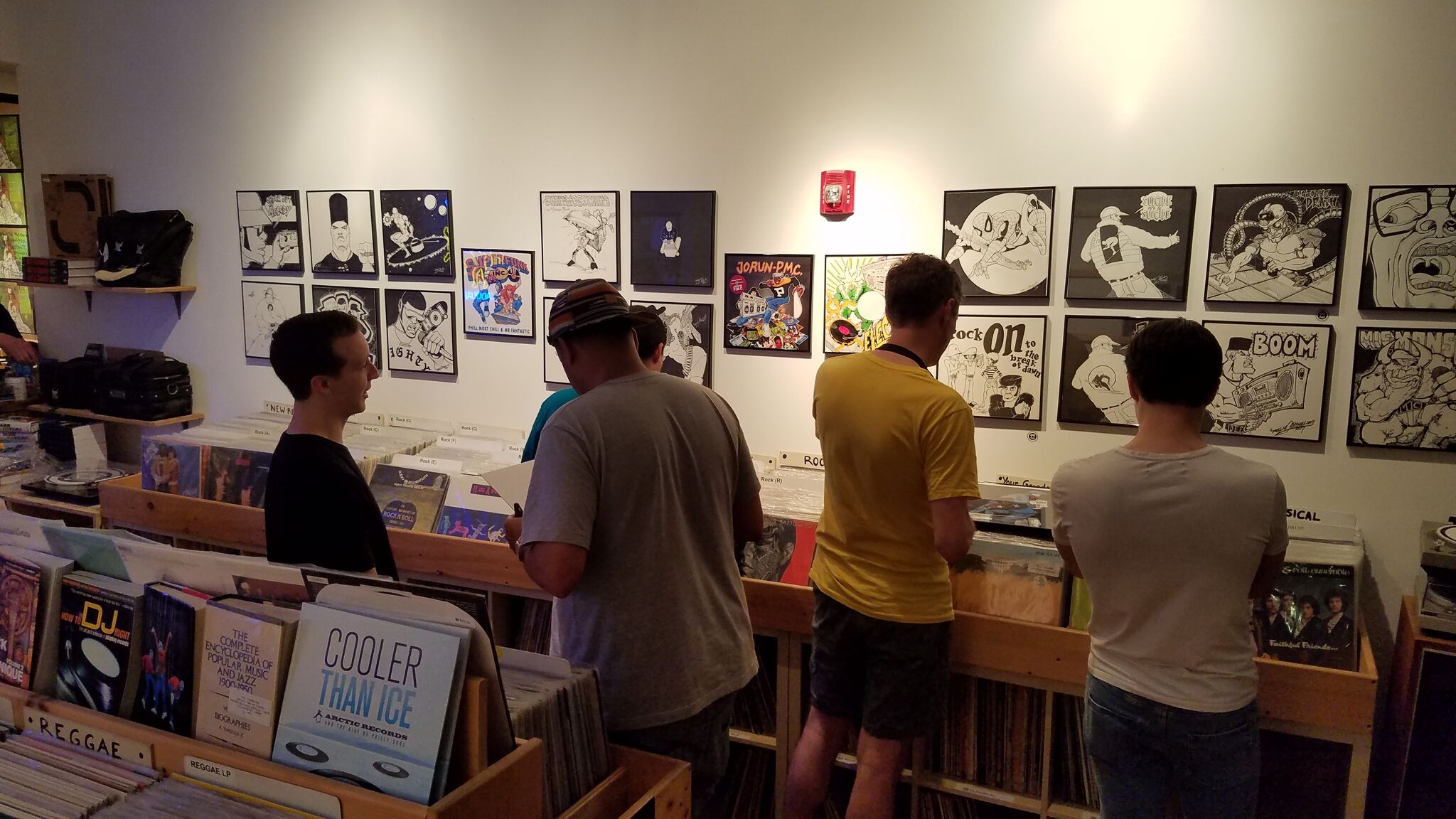 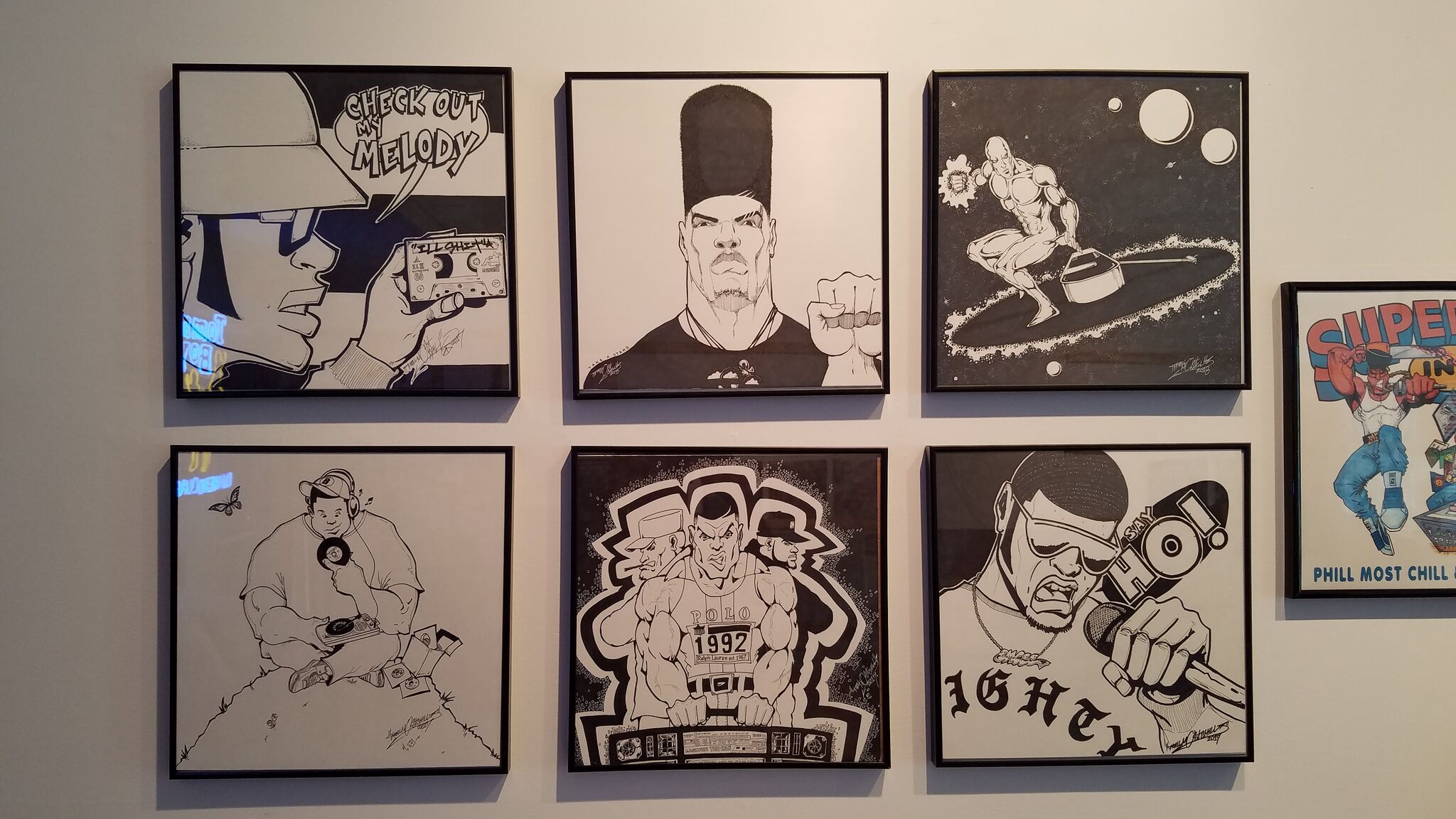 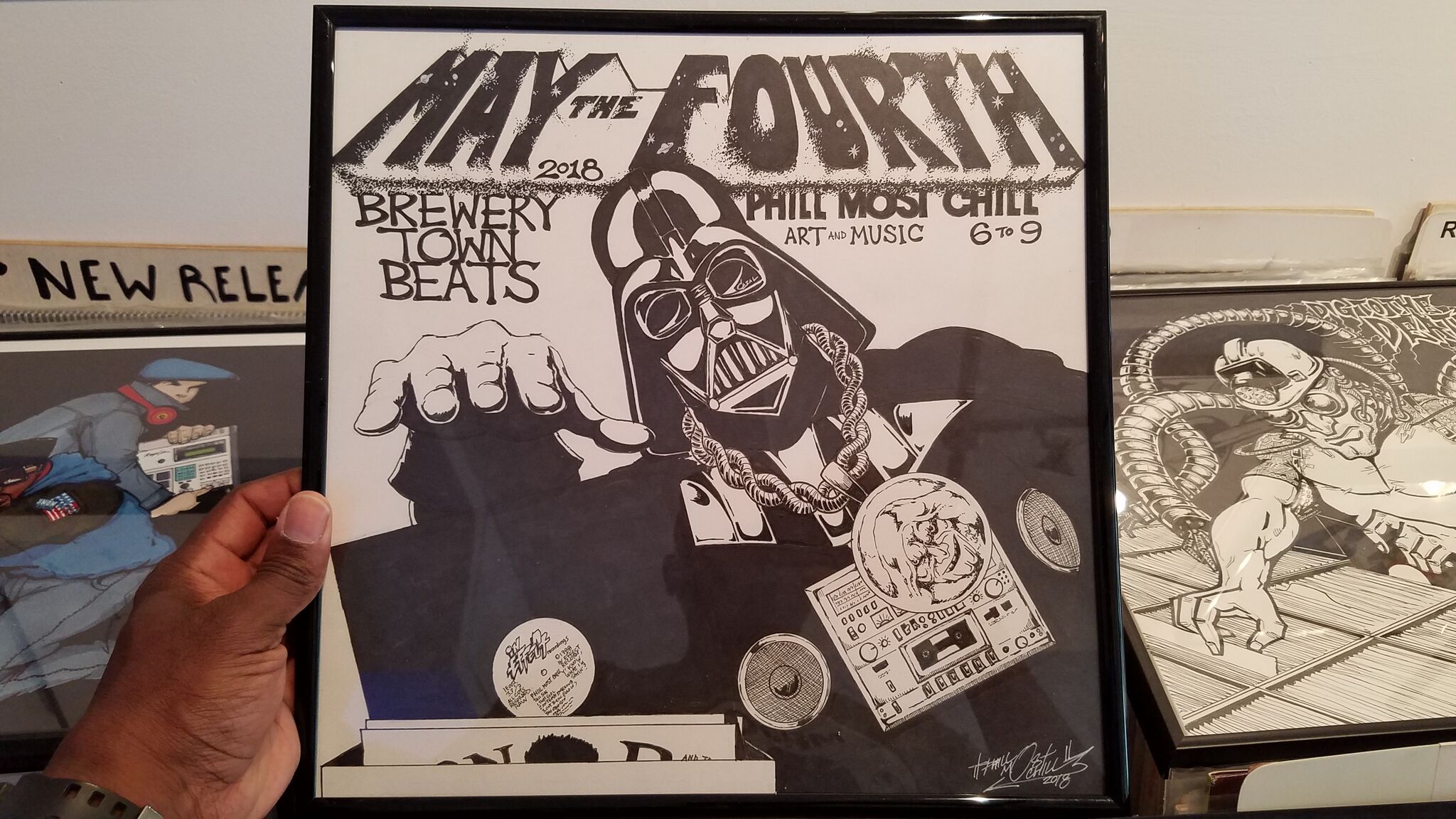 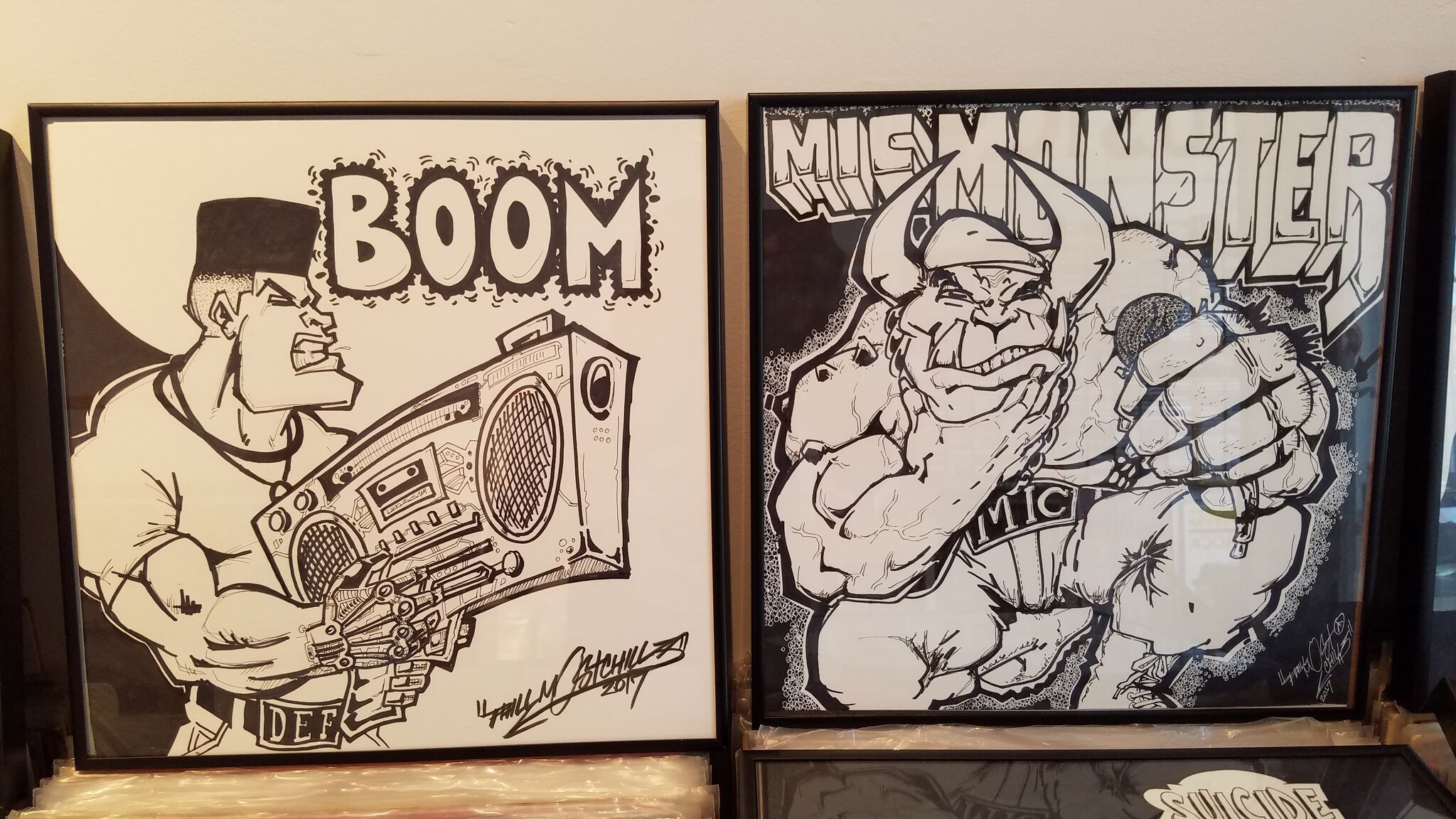 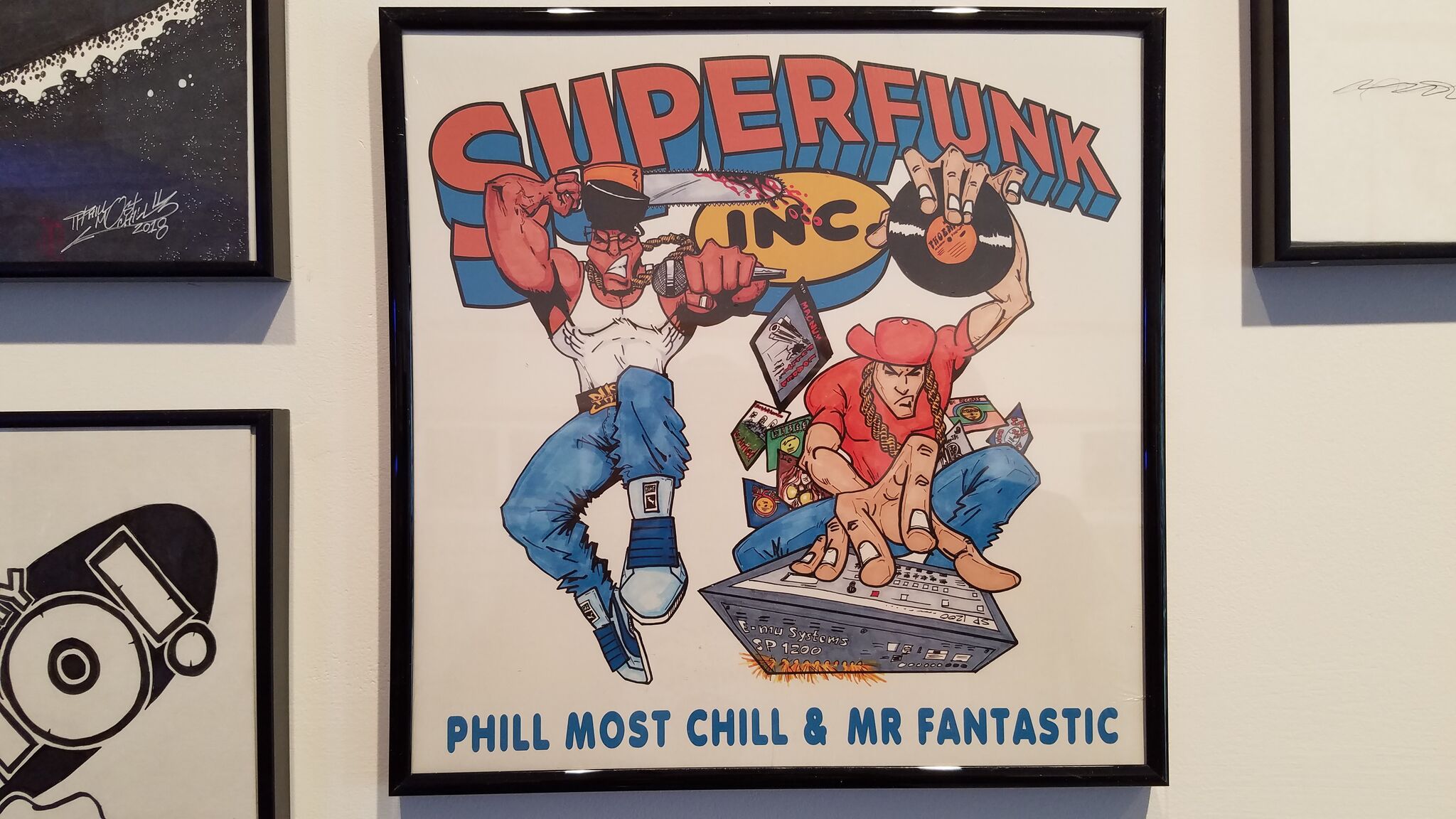 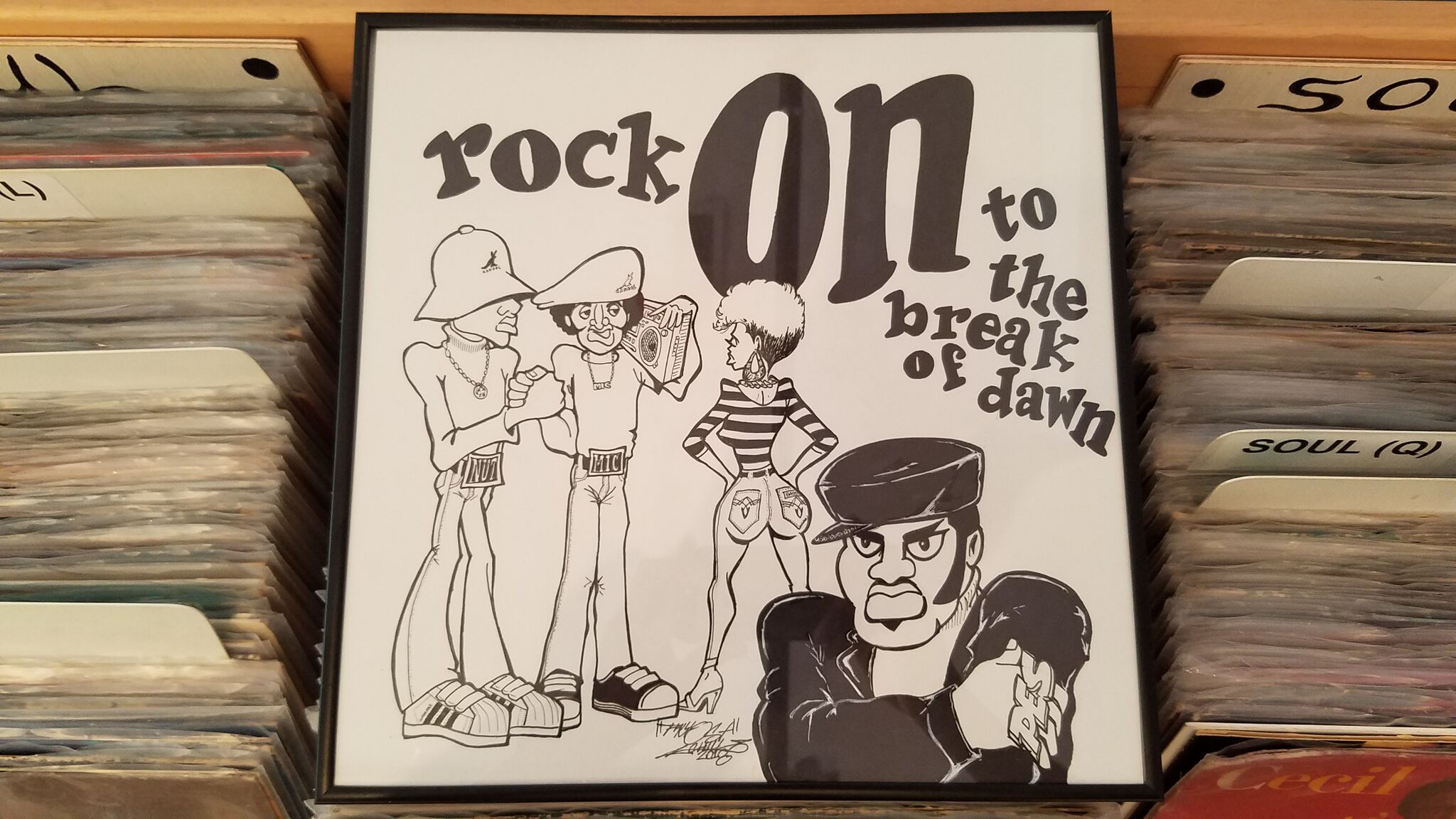 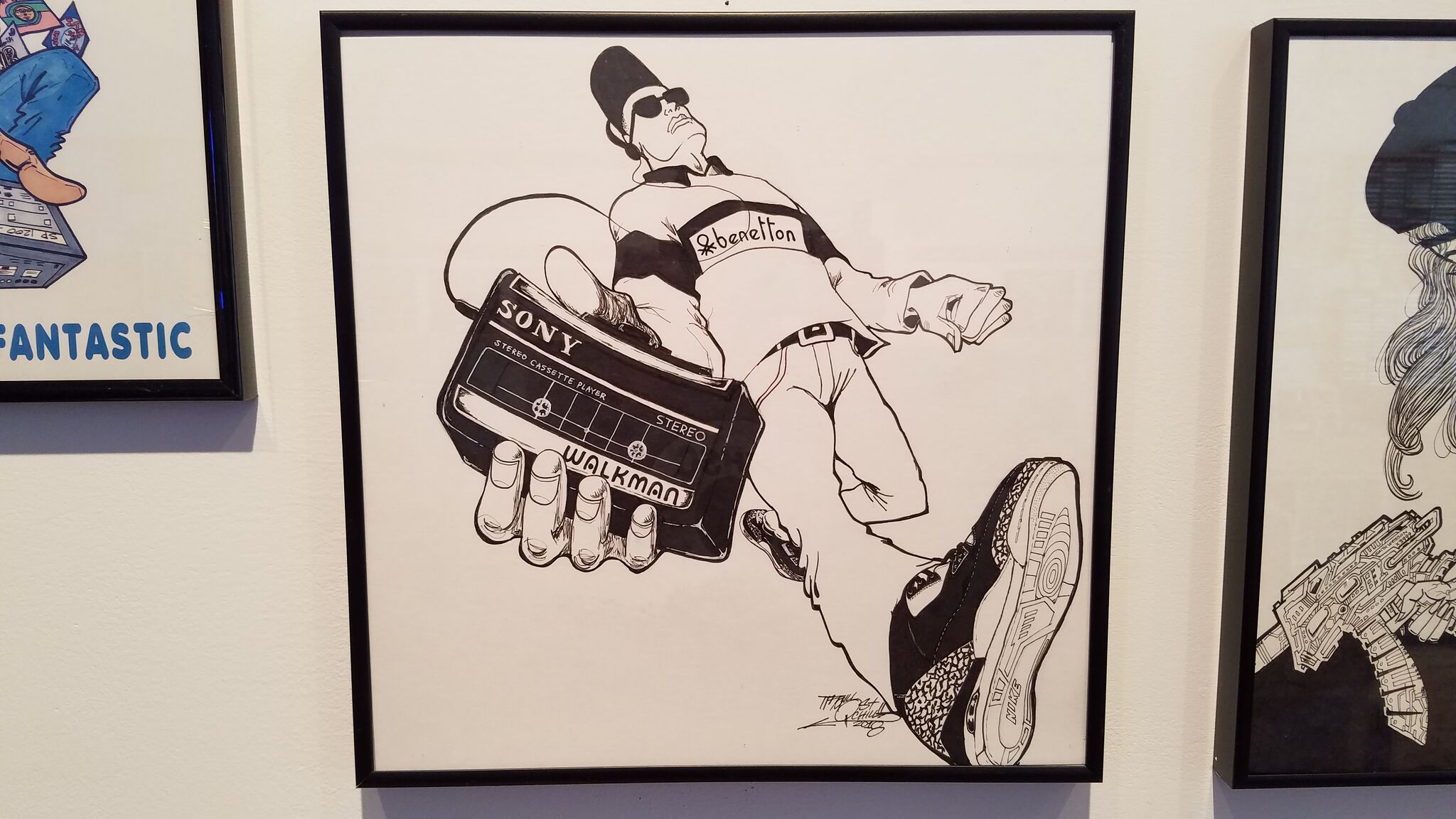 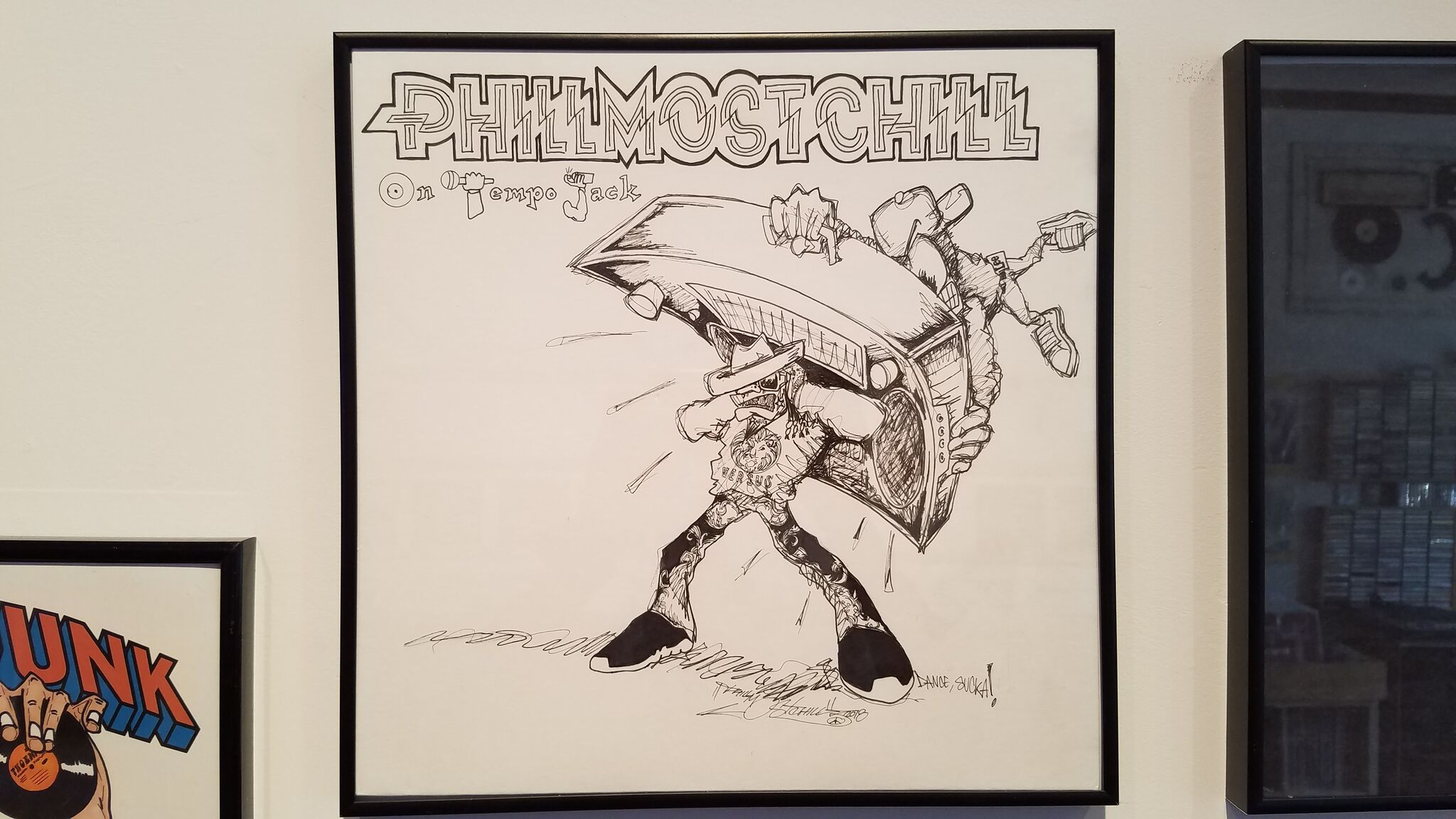 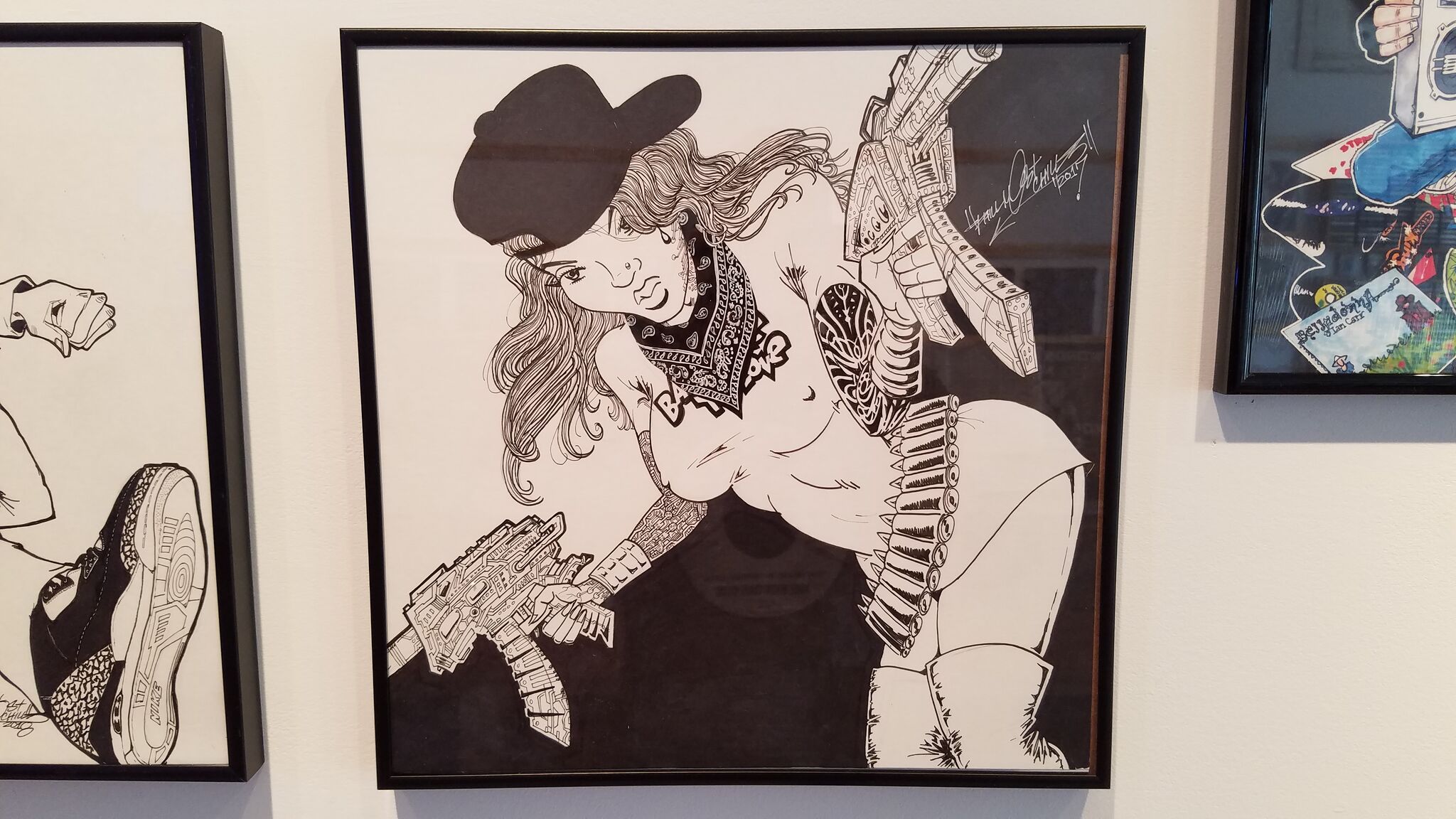 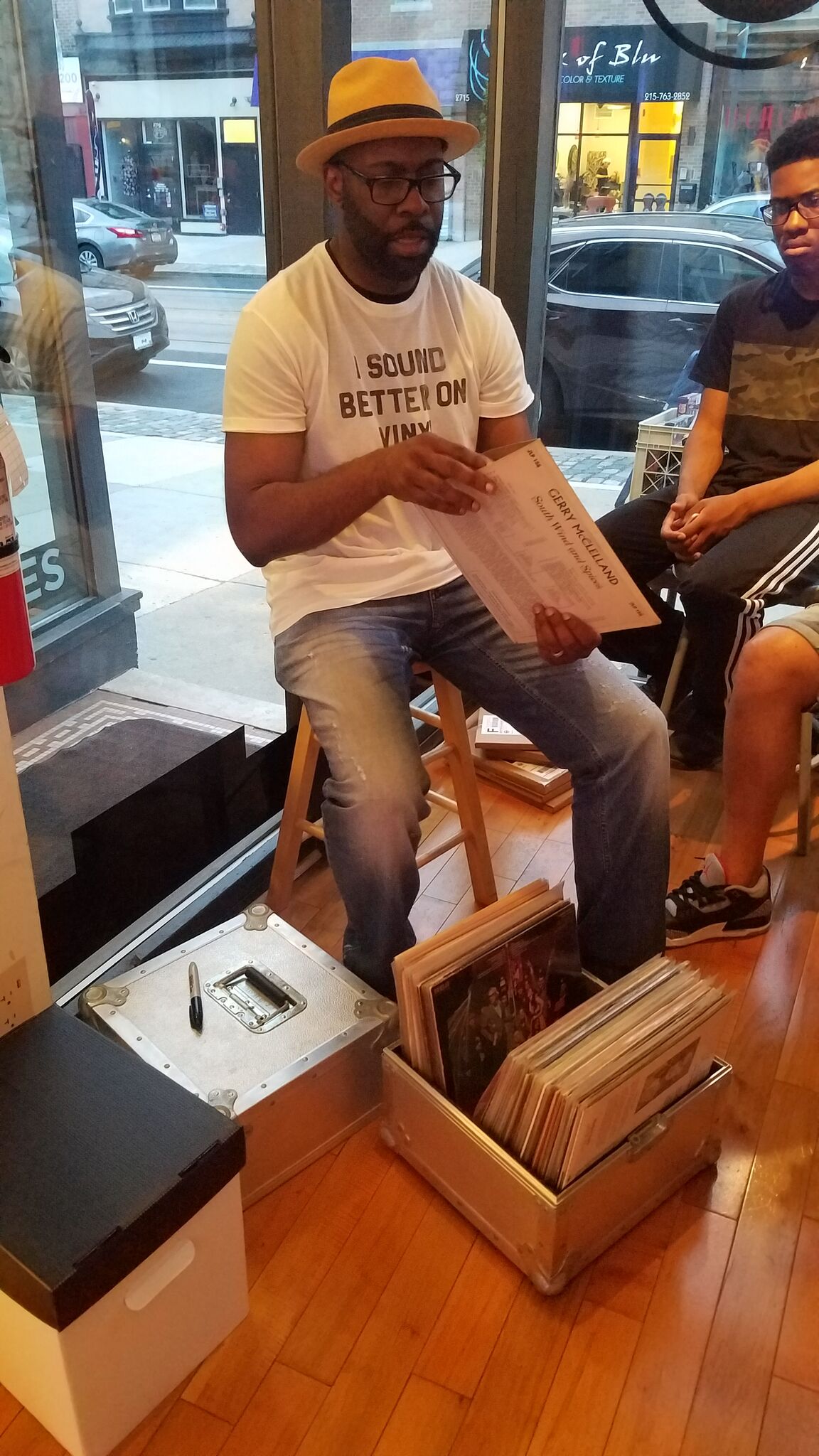 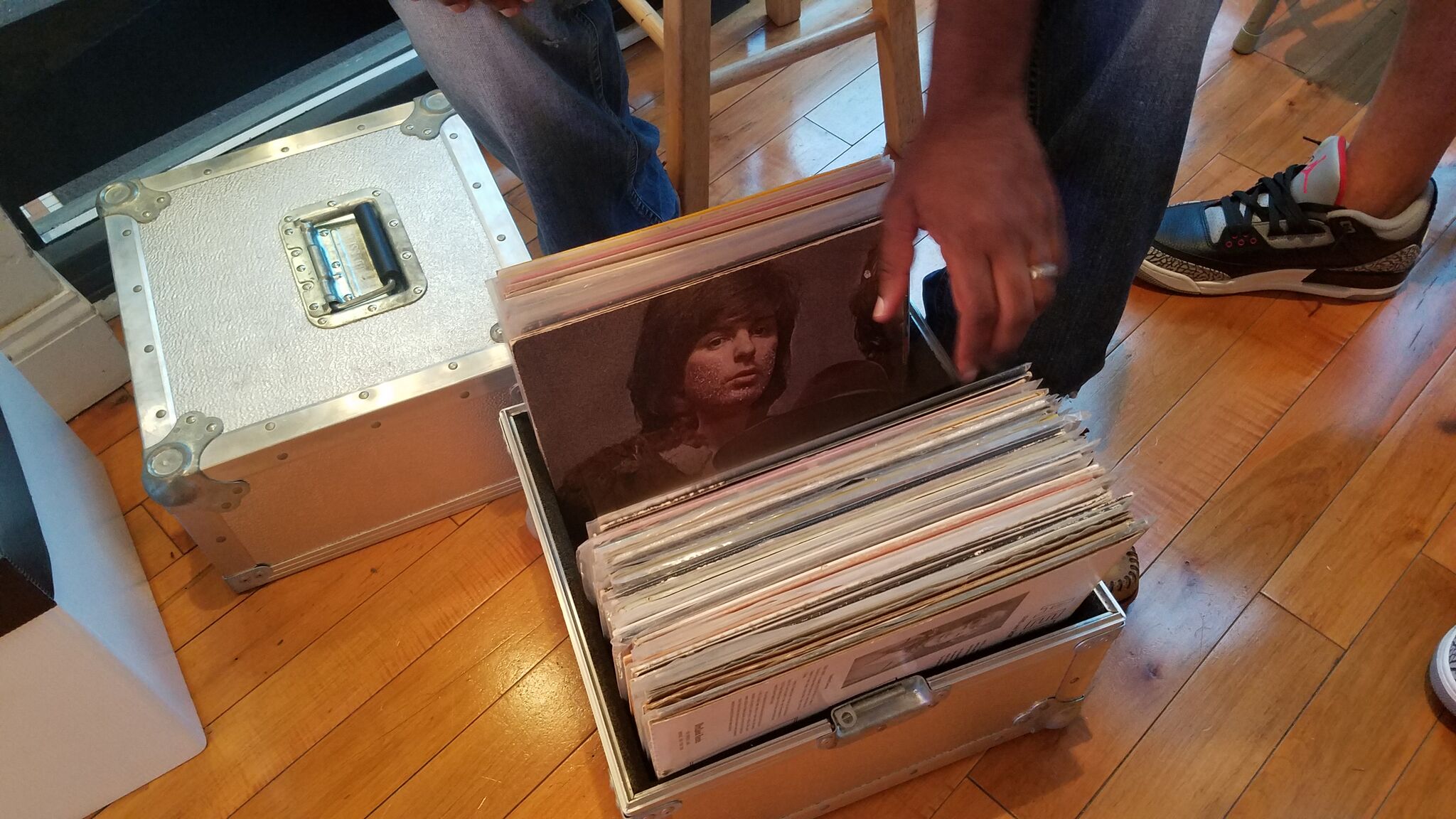 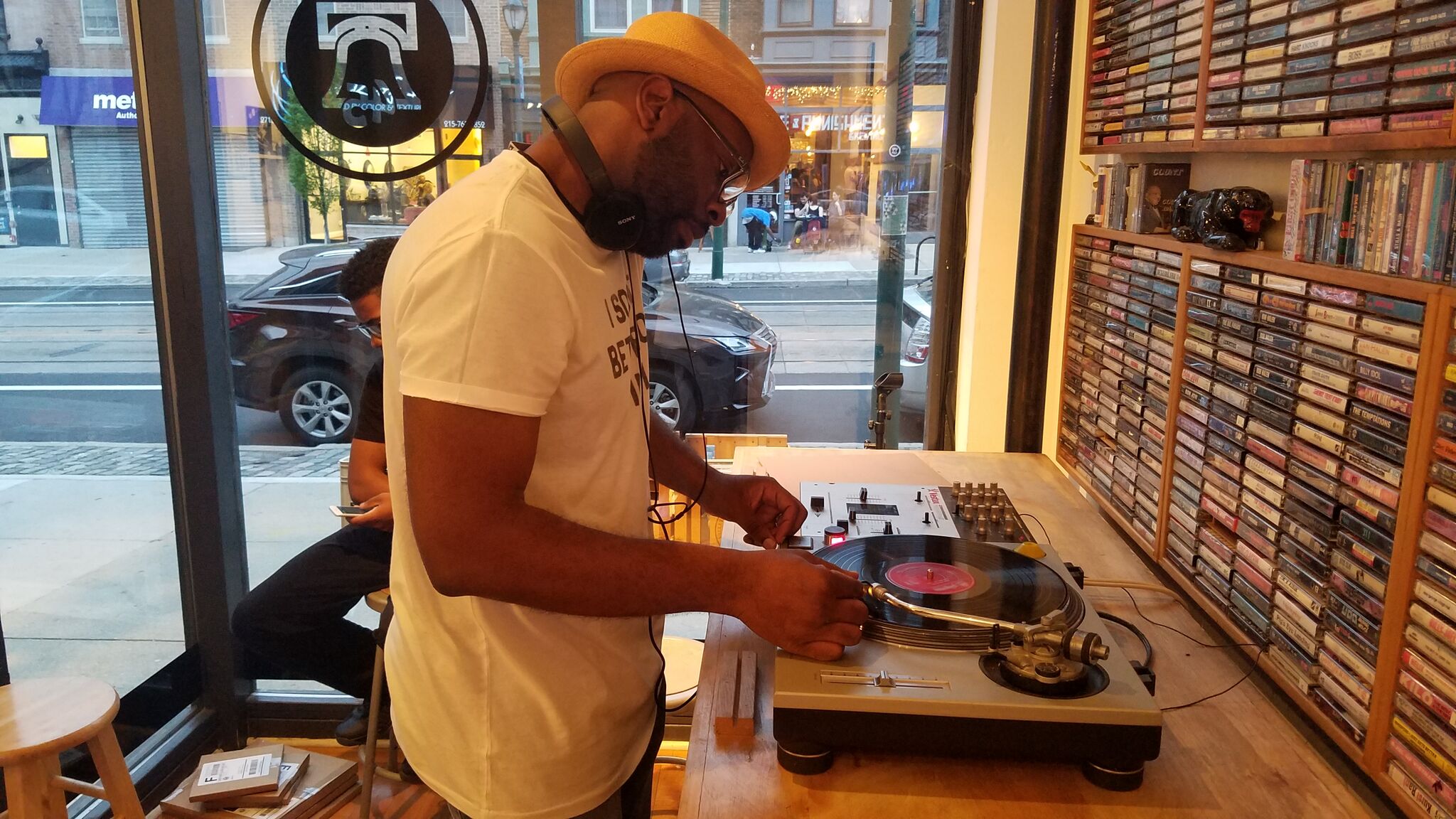 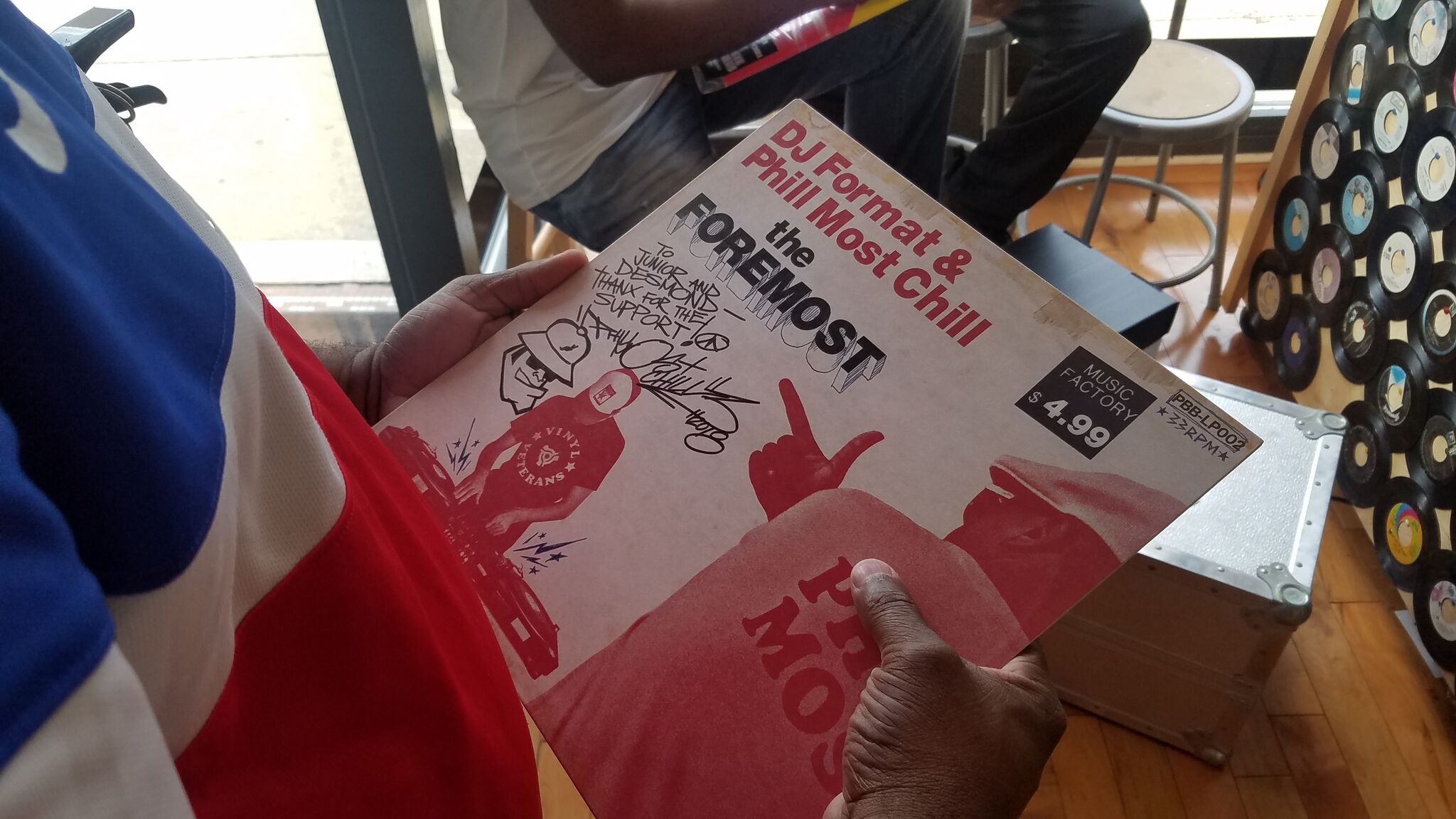 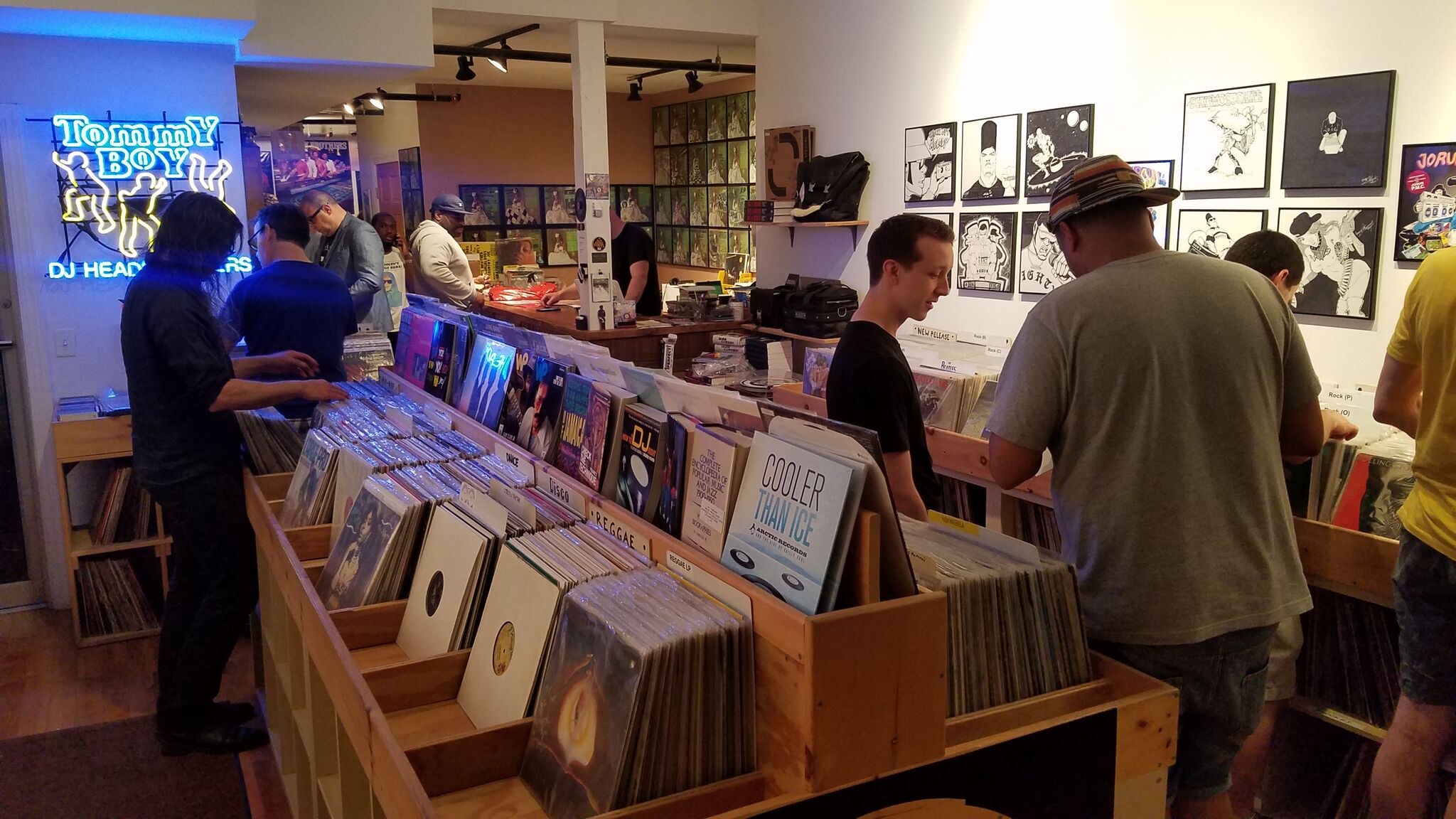 Friday afternoons are usually reserved for me to stay far away from rush hour traffic, as well as organizing records before the evenings gig at one of my residencies but this past Friday was a little different as well as unique.  What could draw me out the house to brave being annoyed and dealing with commuters heading home after the 9 to 5 let out? Well two things, burgers and an opportunity to catch up with the homie Phill Most Chill aka legendary digger Soulman who was holding his first solo art exhibition at Brewerytown Beats. For those not in the know, Phill is not only one of the Kings of Diggin but also an incredible artists who blesses 12″ record sleeves with hand drawn, ink pieces with his signature characters and other works that connect Hip Hop, fashion and record culture all in one.  It’s not often that Phill gets out so his appearance was just about as rare as the records found on his 90’s era sample tapes.  There were quite few people in the shop digging, checking his art and getting a taste of some of the selections that still fill his crates as he dropped gem after gem with an in-store set. One of the highlights for me was the ongoing conversations and stories with those who remember him from his World of Beats days and writing for Rap Sheet magazine.  So many stories and questions answered about mystery breaks and samples and of course some of his legendary dig missions.

If you weren’t able to make it out to see some of and buy Phill’s art, you still have a chance of owning a piece of history.  Works that weren’t sold Friday night are available for sale via the Brewerytown Beats Instagram page @brewerytownbeats.