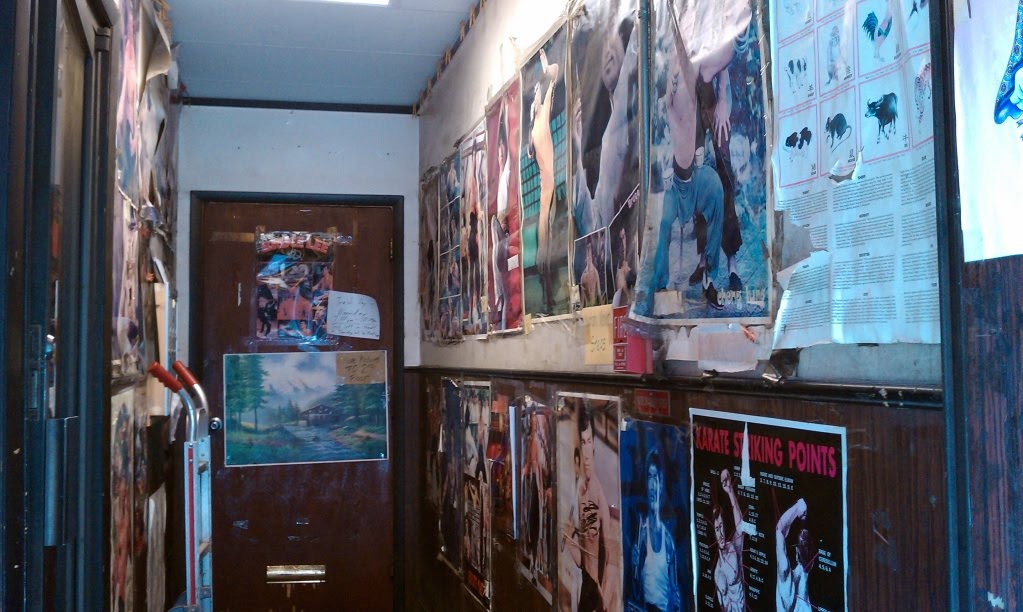 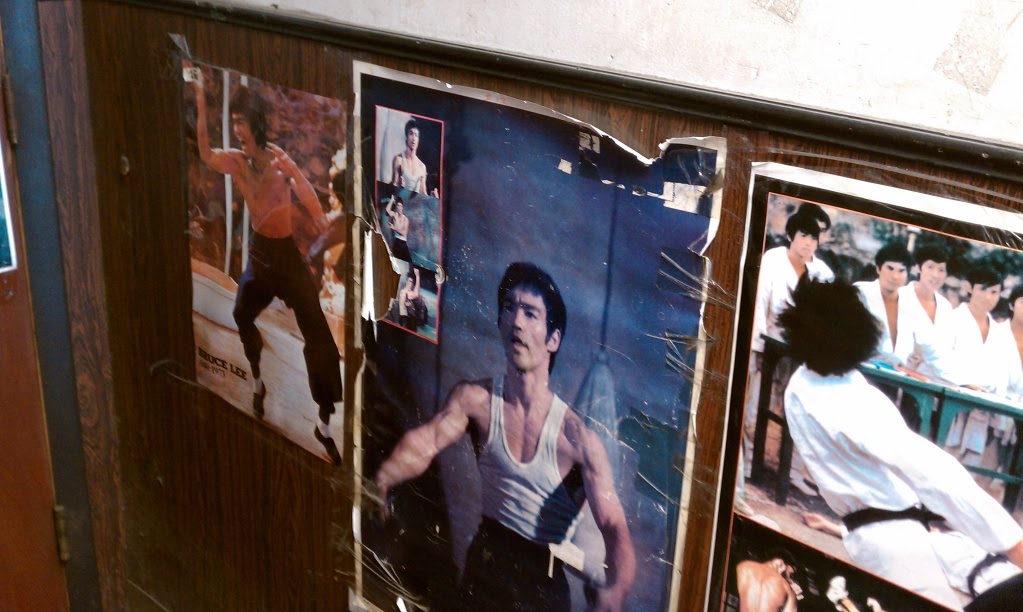 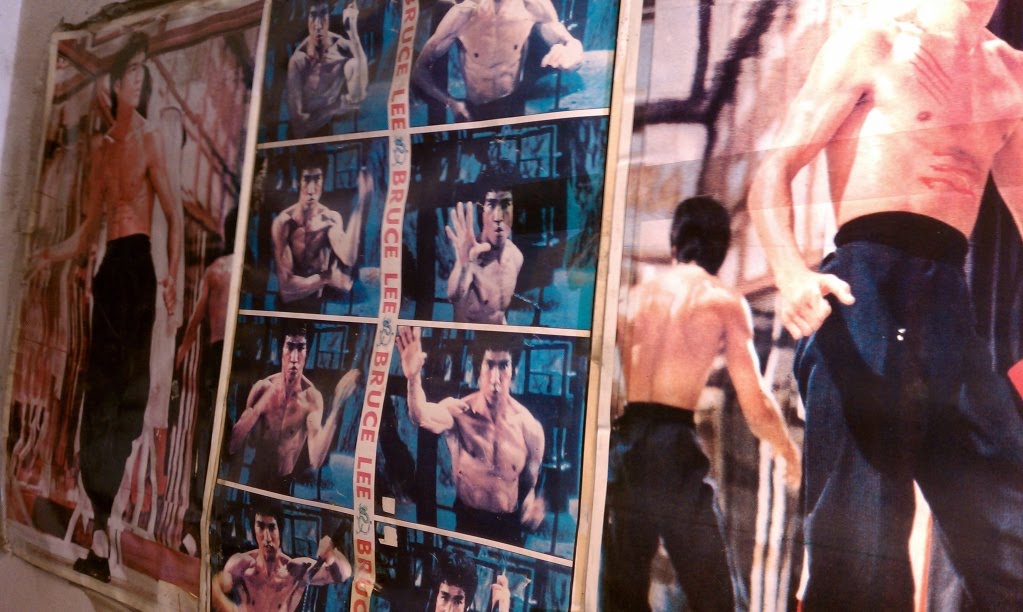 I’ve been going through some old photos for nostalgia sake of places that were on my usual Saturday go to stop-in’s dating back since the 1980’s.  Most of these places have long since gone but one of the places that seemed to weather the storm, at least up until about 3 years ago was a hidden gem located in Chinatown that carried various Asian arts and crafts, clothing and of all things, old stock vintage Bruce Lee posters.  During the early 80’s this was a secondary go to spot which was located around the corner from my Martial Arts supply store that I would buy Bruce Lee magazines and Kung Fu weapons. Over the years I would stop in and cop a poster and the last time being around 1995 and not again until around 2009. In addition to posters they also had a few throwing stars, nunchakus, butterfly knives and these really fly ass bruce figurines in different stances  The store had remained relatively unchanged, a small hole in the wall spot that obviously wasn’t making a living selling posters that had been rolled up for years which made it a gem. Being the collector that I am, when the owner found out that I was looking to spend some money and not just window shop, he showed me the old store stock and I was in collectors heaven buying up copies of things that I haven’t had in years.

The shop closed down a few years back but it made me realize that you can’t put off pulling stuff from stores that you might eventually be kicking yourself for later and after they’ve closed down.