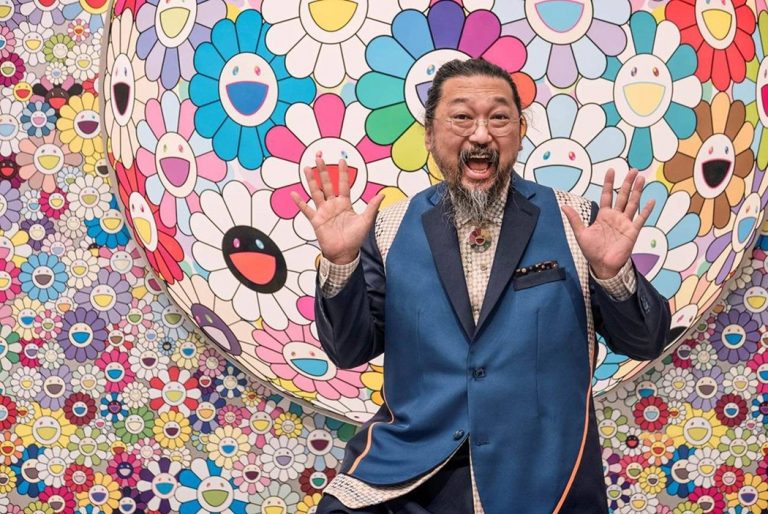 The Art of It – Takashi Murakami

Possibly the most famous artist of today and without a doubt one of the highly regarded and respected artists is Takashi Murakami who’s recent exhibition “The Octopus Eats His Own Leg” makes it’s final stop in Ft. Worth TX after it’s previous Chicago and Vancouver visits.  Murakami has worked with the likes of Virgil Abloh, Vans and Kanye West and has become a sought after artists who’s work is highly collectible.

You recently visited Toho Studios, who created Godzilla. I feel like art and Japanese culture has been a way of working through national disasters, like the Tsunami that influenced the Arhat series, or the recent Fukushima meltdown that reinvigorated Godzilla as a harbinger of nuclear war. To what extent does your work function as catharsis?

TM: I often speak about this, but I think between before Japan lost the second world war and after, the Japanese mentality is just structurally very different. Before, when Japan was winning wars against Russia, China, at least on surface, and also after the Meiji restoration, Japan really emulated Western culture and society, and it created the aristocratic classes and created social hierarchies intentionally. That was before the war.

But after losing World War II, United States came in to sort of deconstruct companies, and family wealth, so through the tax system, society couldn’t pass on wealth within the family, from generation to generation, which led to people not collecting valuable items like artwork. And so there’s not much of a custom of collecting art now. And so I characterize that as a superflat, known hierarchal society—one of the superflat elements. But it’s kind of the aesthetic of “loser,” in the sense that we’ve lost something.