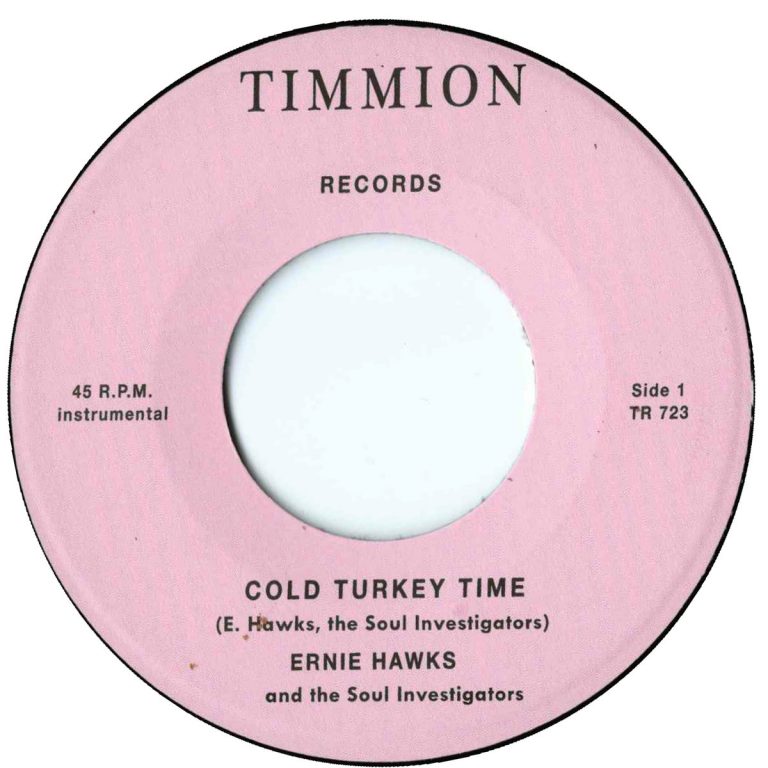 Just two weeks ago, I had the pleasure of opening for Ernie Hawks and The Soul Investigators while in Helsinki Finland for Flow Mo 16th Anniversary.  Watching their live show really brought the sound of what they’ve recorded to vinyl full circle and opened up a whole new dynamic when listening to it. Already making noise and gathering favorable press from their debut LP, the sting of the Scorpio Man strikes again to continue the daily recommended dosage to keep you shivering in delight.

“Cold Turkey Time” is a serious slab of jazzy funk that shares many of the exotica qualities of its partnering side. It might sound nice, while driving a fine European sports mobile down on a spiraling mountain road, preferably in a 60’s dandy state of mind. The eerie wordless vocals at the end tie the package together so nicely that Dario Argento could have made a scene out of it.”

The continental vibes emanating from this vinyl single are bound to appeal to rare groove fanatics and secret agents alike. Ernie Hawks and his merry bunch of professionals are on a mean streak here, so keep listening.