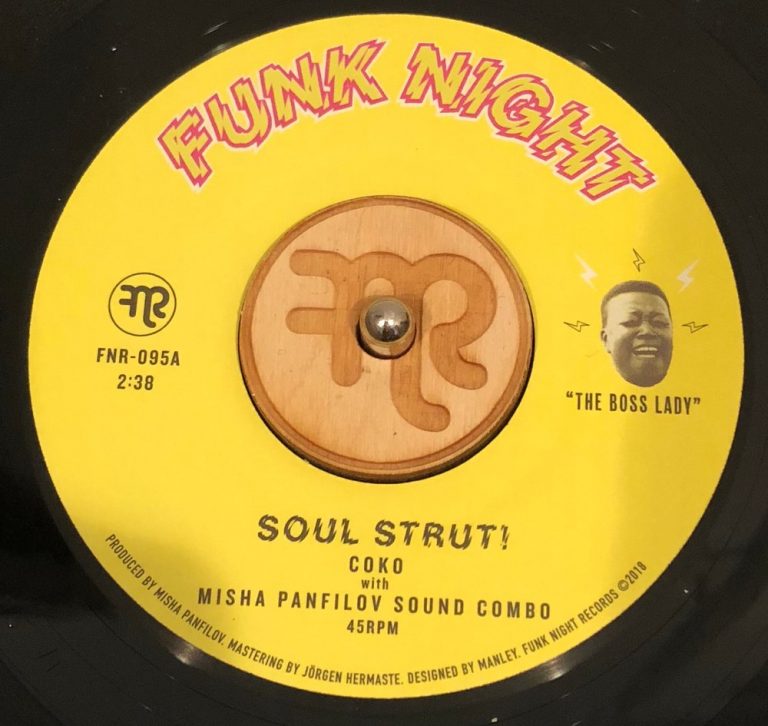 Back in December last year while in Detroit playing the Motor City Funk Night party, I was treated to listening to few new tunes that would make their debut sometime in 2018. One of the songs that I had heard which caught my attention that I had to hear multiple replays was the Misha Panfilov Sound Combo written and produced “Soul Strut” which featured FNR’s First Lady, Coko on vocals. Several things that hit in an “oh shit” type of way was first the psych’d out production going on which once again sealed the deal that Misha is one of the finest composers of all time and you never know which lane he’ll take next. Secondly, the sound of Coko’s shouts is unlike any of her previous vocal stylings which totally compliments the track and pushes this into a power to the soul people territory. We haven’t had anything like this hit the record bins in years but “Soul Strut” b/w “Electrifying Woman” makes up for that absence. Fists up for The Boss Lady and Misha Panfilov Sound Combo!