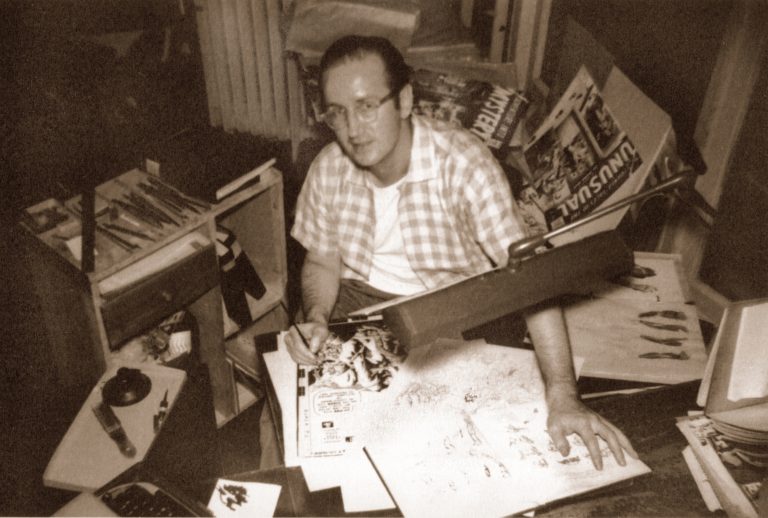 The comic book world has lost one of it’s greatest artists and most legendary artists with the passing of Steve Ditko at the age of 90.  In 1961, Steve Ditko along with Stan Lee who was editor-in-chief at Marvel Comics co-created the Spider-Man character after Lee being unsatisfied with Jack Kirby’s take on the idea of a teen superhero who possessed spider like powers. Other than the character concept, the look of Spider-Man from the costume design and colors to the web shooters all came from the mind of Ditko. Spider-Man first appeared in Amazing Fantasy No. 15 and after if becoming successful on the newsstands, the received his own title with The Amazing Spider-Man. Ditko had a major hand in building the Marvel universe and it’s creation of characters including Dr. Strange, Green Goblin, Doctor Octopus and The Lizard. Ditko’s run of Spidey comics ran until issue #38 which at that time he began a run at his next character creation and psychedelic superhero, Dr. Strange which made it’s debut on the pages of Strange Tales #110 in 1963.