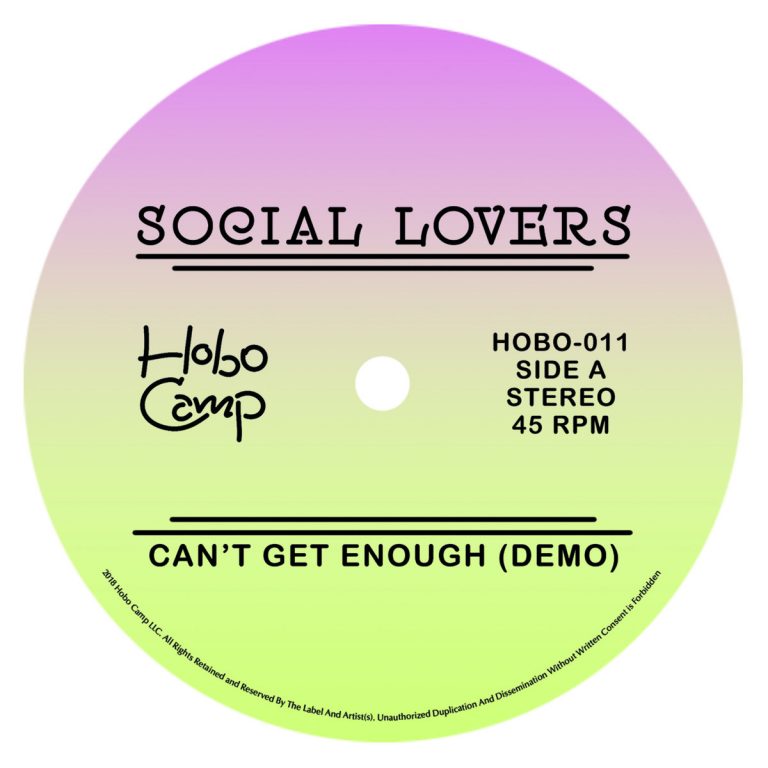 What did bands do in a pre social media / pre kickstarter / pre gofundme era to fund their upcoming tours across the country, they pressed up product, made cassette recordings, merch and other things to sell which go them on their way to hopefully play sold out venues.  With so many artists of all types looking for others to financially contribute their ventures, very few go the route of creating something to sell which will then fund the next move. Social Lovers is taking it back to basics releasing a special 45 that has a purpose outside of just doing a general release. They’ve linked up with Los Angeles based label Hobo Camp who will be releasing their upcoming “Can’t Get Enough” b/w “Debra” 45 to help fund an upcoming European tour.

If there was ever a time and reason to support a group that you dig, then this is. There’s no better way to put your best foot forward than having that DIY attitude to get things moving.