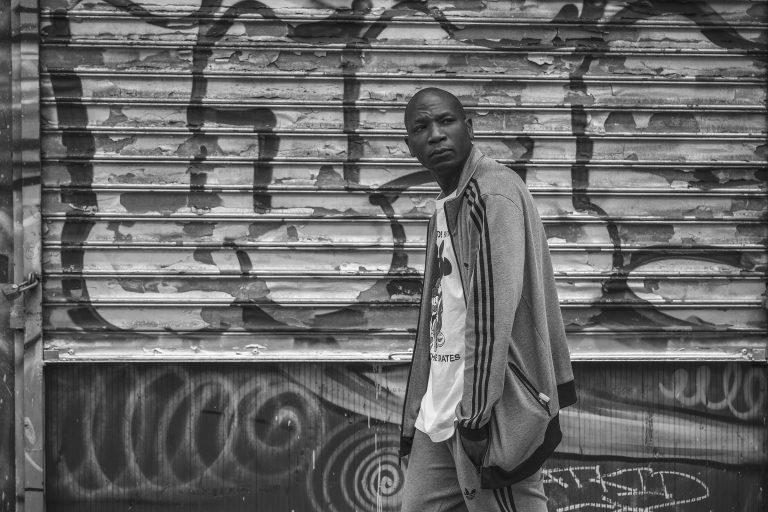 What Inspires The Nostalgia King

As someone who has watched the self proclaimed Nostalgia King for quite sometime now, I’m always fascinated by the things that he likes or promotes and how he pulls inspiration from things outside of his music world to further his brand and make it even more unique. In what has become a bi-monthly meeting to toss ideas around, I caught up with Skeme Richards to discuss what inspires him most on a day to day basis.

It’s pretty obvious just from seeing your Instagram or what you review here at Nostalgia King, that you’re into a lot of different things. How much of what you’re personally into plays a roll in your creativity or inspiration?

Actually, most of what I’m into plays a roll in me being creative even if people don’t see some of those things as inspiration. I love burgers, I talk about burgers, I write about burgers, I photograph burgers, I’m filming my burger series “The Drop” – A Conversation Over Beef.  You wouldn’t think that of burgers as inspiration but all of those things I just mention bring out some sort of creativity and inspires me. When I have business meetings and we meet over a burger and beer, there’s a lot of creative convos that come out of that.

Can you list 5 people or things that inspire or influence you personally, your DJ’ing across the globe and your Nostalgia King brand.

That’s easy but tough at the same time since there are quite a few things ranging from art, travels, skateboarding to film but here are a few.

Art – I think art inspires and influences my DJ’ing more than other DJ’s do. I can look at art all day and the same way I sit and wonder what made a person paint something or dissecting the paint lines from the brush stroke is the same way I want the listener to hear my music and wonder how I transitioned from one song or genre to the next or why I chose a particular song. But I don’t want them to think too deep because at the end of the day I still want them to enjoy. My love of art goes from comic books to graffiti and beyond. If I had to say what my DJ style is like, I’d have to say it’s Jack “The King” Kirby art style. A few of my favorite artists who I’ve worked with or inspired me daily is Mark Drew who does The Peanuts series where he combines Peanuts characters with classic Hip Hop quotables. His love of the two things really shows through in his work.  Ed Piskor for sure is a guy who’s work ethics are strong and seems to never sleep which is very much like my non sleep schedule. He’s nailed the Hip Hop Family Tree comic series and now his work on The X-Men series is ridiculous! The X-Men has always been my favorite comics since the beginning of reading comics so it’s amazing having friends like Ed working on the series. EWOK 5MH is another person who over the years that I’ve paid attention to. I’ve always loved his work, his drive and how he conducts business.  He keeps a low profile for the most part but he’s killing it on every angle possible.

Books – One of the first real books that I remember reading which was late in elementary school or first year in Jr. high was “The Magic of Thinking Big” by David J. Schwartz. I’ve always had this “let me build something dope and present it to the world” attitude but this book really made me pursue things. I love reading about peoples “success” stories and applying things to my life that fit in. I definitely don’t read as much as I feel that I should but I’ve been adding a few books to the required reading list lately and have slowly been getting through them.

Steve Caballero – The skate scene has always inspired me especially with the way skaters operate within the industry. The skaters own their own brands, magazines are skater owned, skate teams are like family and it all goes hand in hand. They live and breathe that life 24/7 which is how I live the nostalgia life. People like Stevie Williams who is from Philly and started DGK (Dirty Ghetto Kids) did things his way, Josh Kalis is another guy who does what he does. I met and became cool with Josh when I was working at BMW years ago and he used to bring his M5 in for servicing and we would always talk similarities between skate and Hip Hop cultures. One of my favorites in the scene for multiple reasons though is the legend, Steve Caballero.  Skating aside, we’re both heavy collectors of multiples things and collectors always seem to feed off of other collectors.   He’s got the ill vintage skateboard collection but he’s also heavy into vintage Evel Knievel toys and memorabilia and also vintage Japanese Ultraman toys which I also have a nice amount in my collection as well.  But what makes Steve unique is that he’s also in a band and an incredible visual artist who paints. I bought one of his Ursus Planet of The Apes pieces from him a few years back for my collection. He took all of his passions and hobbies and built something unique that represents him in various lanes which is what I do as well with being a DJ, Nostalgia King, the Kaiju comic book, Kodoja which I was involved in and other projects.

Brian Flynn – who owns the vinyl toy brand Super7. He built an empire with 2 stores from his love of vinyl toys, vintage toys, art and Punk rock. He’s another person who is into multiple different things but grew them under an umbrella to create a brand.  He took the Punk DIY aesthetic and did things his way which is still what I do today with DJ’ing, throwing gallery events, promoting projects or whatever else I’m into at the time. It’s something special about us collectors who dive into everything from comics to art, toys to records.

Set Free – creator of The Compound which might very well be the greatest creative space around. Free started the And1 mixtape series back in the day, he’s always been connected to the streets, art and culture and always seems to have his hand on the pulse of whats beating. He’s great at bringing people together from different avenues and creating something special that connects them all to something greater. He created something unique by thinking outside the box but always keeping it within the boundaries of being dope.

I’m ultimately attracted to people who genuinely love what they do, are good at what they do and have a knack for combining those things together to create one empire. So for my fifth choice I’ll say it’s a rotating cast of people, places and things. Over the years I’ve paid attention to people like Nigo (A Bathing Ape), Hiroshi Fujiwara, DJ Muro, Giles Peterson, Funk Night Records label owner Frank Raines and others and how they operate. I’ve been blessed to be able to mesh my “hobbies” together to have done things like gallery events to showcase my Blaxploitation poster collection which doubled as the Tribeca Film Festival premier party for the Black Dynamite movie, connecting the homies The Elroy Jenkins and Keith Foster together to create the Kaiju comic series Kodoja which has been big at New York Comic Con, G-Fest and a lot of other cons. I’ve had my hands in quite a few things that people may or may not know about about and each have been amazing experiences which I’ve met amazing people. The final thing that always plays a major roll is traveling. There’s something about jumping on a plane and landing in some of your favorite places. Japan, Korea, Finland, Amsterdam, L.A., Switzerland, New York are all top places that I try to hit at least once a year if not more. The change of scenery does the mind and body good especially for opening up new ideas to apply to what you do.