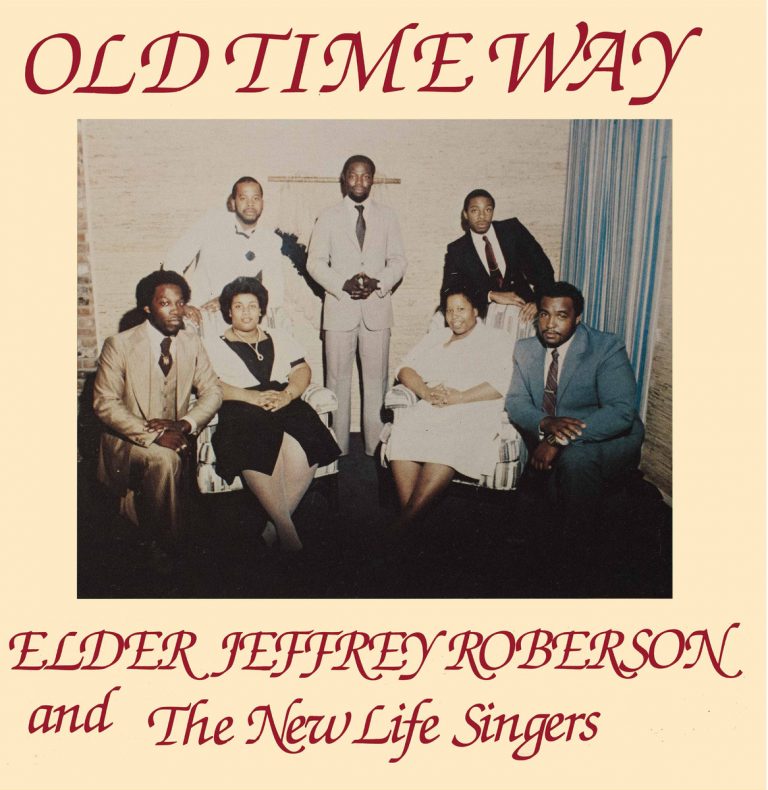 High Jazz Records continues to bring under the radar gems to a wider audience, DJ’s and dancer floors across the globe.  Following up on their Calvin Carr & Company 7″, they deliver a divine gospel modern soul boogie LP written, composed and produced by Jeffrey Roberson, first released in 1982 on Black Diamond Records.

Every once in a while, an exceptional talent impacts the gospel industry and leaves an incredible impression.
The anointed and Grammy nominated Jeff Roberson is one of the those rapidly expanding gospel artist who have done just that.

Jeff Roberson was born and raised in Long Island, New York, the son of Pentecostal parents who had a compelling love for music.

Actually, he is endowed by God with a melodic intrinsic distinctive rooted and grounded in the splendid tradition of the church.
His keen interest and focus in music was so intense that his parents encouraged him by purchasing a piano.

During his teenage years, he was significantly blessed to be tutored by the late Rev. Timothy Wright, and the late Professor Benny Cummings and the Kings Temple Choir.
It was during this season of his life that he continuously developed his skills as a keyboardist and songwriter.

Not only is he a skillful world-class vocalist, his talents transcend various creative art forms such as a skillful musician, innovative producer, accomplished pianist and organist.

He simultaneously projects his uncompromising vocal talents and musical gifts to an unprecedented level of artistic achievement.
Simply stated he excels in the excellent