Five On The Black Hand Side (Punk Edition) 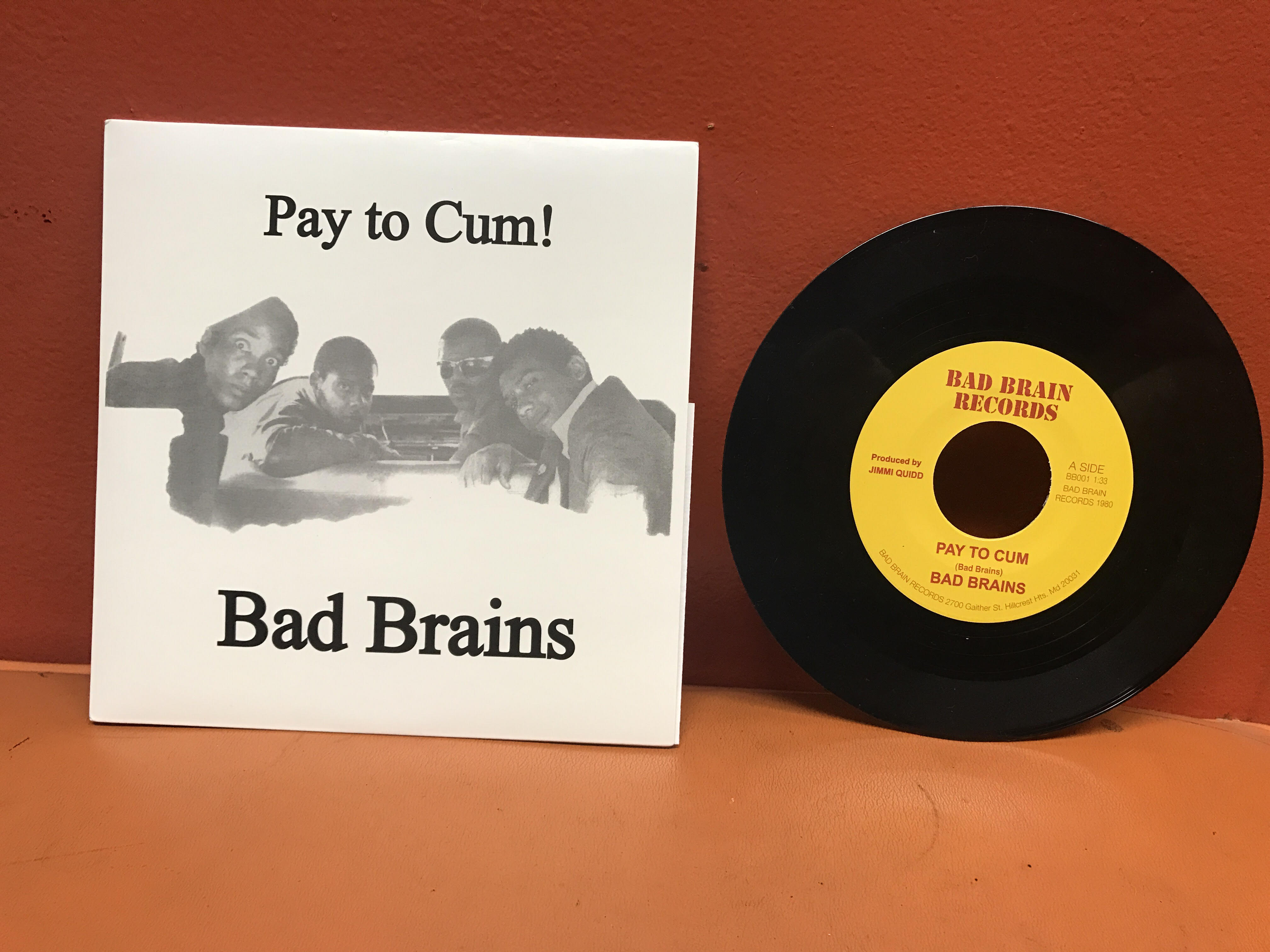 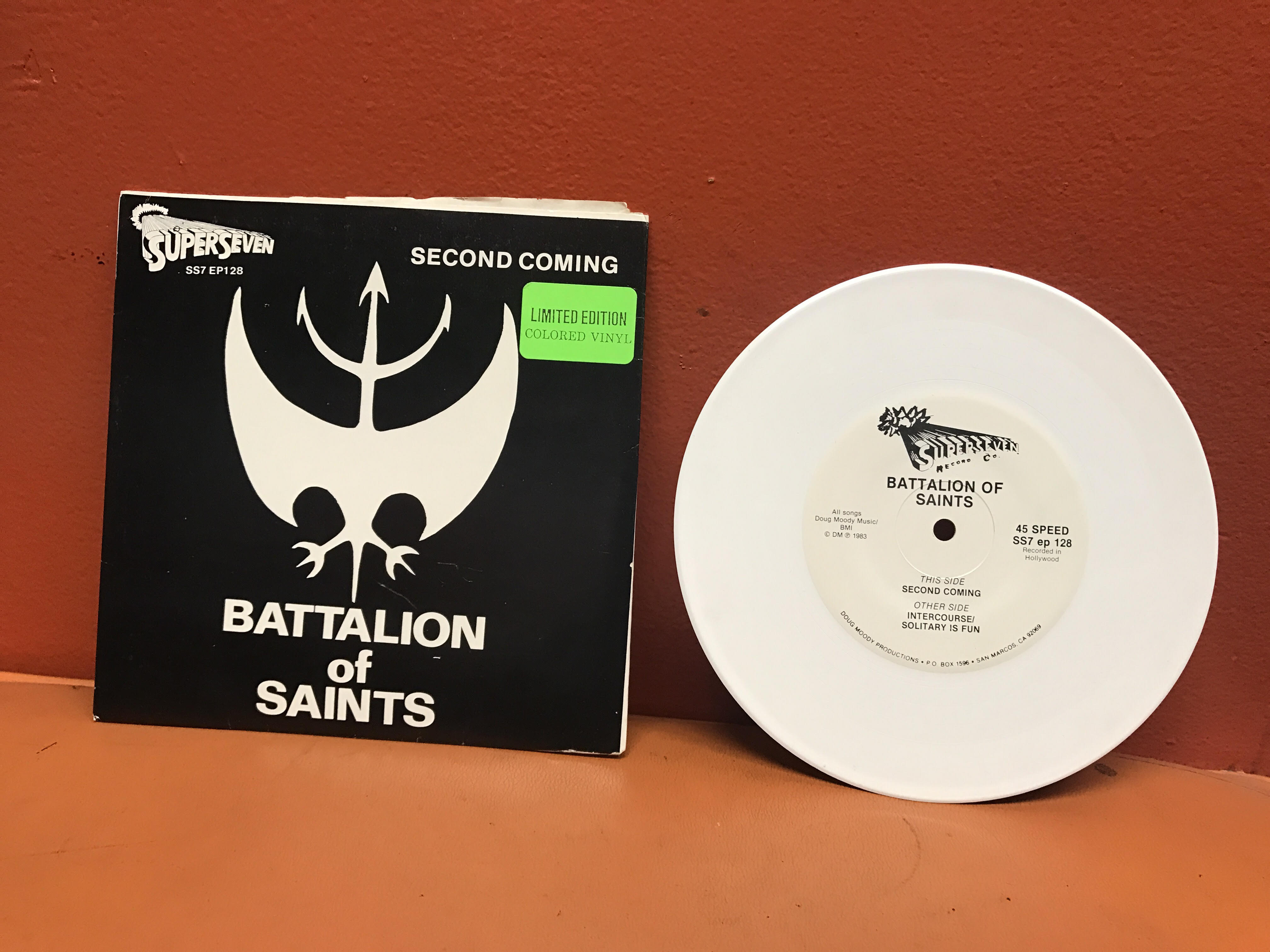 I’ve always done my best to open up Nostalgia King to individuals who have a passion for collecting, especially records and give them a platform to talk about them. I recently put the word out about doing more in the realm of Punk records and the response was greater than I expected. I immediately wanted to dive in featuring guests who were equally as excited to open their crates which began with Antonio Leiriao who kicked things off and now enters Vaughn Avakian, another fellow DJ and collector who has deep roots in the genre as well swinging in from the West Coast.
A record collector since the age of 14 and a DJ since the age of 21, Vaughn’s resume is pretty impressive.
Resident DJ at San Diego’s biggest dark wave, gothic and industrial club nights SABBAT and BLACK FRIDAY and has been promoting and DJing his own New Wave monthly NEON BEAT for over 20 years. Sitting on approx 10,000 records (primarily mid 70s to late 80s punk, new wave, rap, disco and 12″ dance singles) he has played with acts like Tom Tom Club, Missing Persons, Gene Loves Jezebel, 2 Live Crew, Tone Loc, Young MC, Alison Moyet, Cold Cave, DJ Spooky, The Human League, Qbert, Z-Trip, Thrill Kill Kult, Spiritualized, Buckethead and the one and only Blowfly.
Unity “You Are One” (1985)
This record meant so much to me as a teenager. By the time I got into hardcore punk music straight edge bands like Minor Threat had already broken up. To come across another band with the same message but here in southern California was a god send. These guys eventually became Uniform Choice and put out the classic LP Screaming For a Change in ’86. This 7” came out a year earlier in 1985 and with songs like Straight on View and Positive Mental Attitude I really clung onto the lifestyle of being punk rock without being a degenerate.

There will never be another band like The Cramps or front man like Lux Interior. I first saw them at the California Theater in San Diego and was truly frightened. Lux was larger than life and seemed inhuman as a performer. Bloody from self inflicted cuts, simulated fellatio with the microphone and dressed in heels and gold lamé he was a sight to behold. i own all their important LPs but only a few of their 7” releases. They’re hard to come by in non bootleg form and I rarely see them out in the wild. This one got a ton of play on my record player because my punk rock band in high school covered this song.

My first “foreign” hardcore record. Italy had an amazing hardcore punk scene with bands like Raw Power, Negazione and Indigesti and I was lucky enough to hear some of those bands thanks to the great comps that labels like Alternative Tentacles and BCT Tapes would put out but this rare record never gets mentioned in the discussion. I was blown away by the speed and aggression of this 6 song 7”. I’m sure I was drawn to it by its Winston Smith (Dead Kennedys) meets CRASS style cover/poster insert design. The cover opens up to a mini poster and has a 16 page zine inserted with all the classic imagery of political hardcore at the time. Images of Reagan, atom bombs, starving children, the Pope, etc all cut and pasted together. I’ve seen an OG pressing of this record go for around $180 without the zine included. Luckily theres a repress (2007) floating around for much cheaper.

I was 16 years old. Sick as a dog with a fever. My mom told me “there was no way in hell” I was going out with my friends that night. So I did what any good natured punk rocker would do.. I loaded up my bed with clothes and pillows to look like I was sleeping under the covers, snuck out the window, met my friends on the next block and went and saw the fucking Bad Brains at Wabash Hall in San Diego. What set these guys apart from the other pioneers of hardcore (Black Flag, Middle Class, etc) is that they could really play their instruments. They sounded like a jazz band playing punk rock to me. In my opinion there was punk rock before this record but everything changed once this came out. It was (and still is) the benchmark for speed and aggression. Thats probably why an OG pressing of this 7” sold for $4,000 recently.

I couldn’t make this list without mentioning a band from San Diego. I always preferred this raw (and faster) version of their blistering song Second Coming than the version that they re-recorded a year later on their LP.  B.O.S. didn’t sound like they were from S.D. (we called it Slow Death). They were like the bastard sons of Motorhead and Discharge on speed. Mystic Records gets a bad rap for low quality recordings and packaging but it fits this release perfectly. 1 minute and 24 seconds of hyper speed punk rock at its finest.