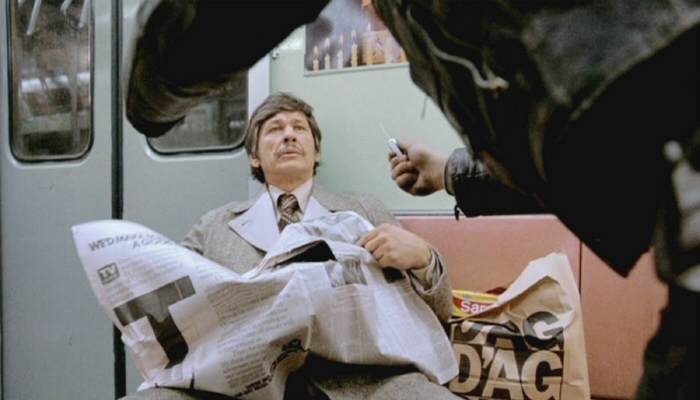 The cold has finally set in and two days ago we had our first snow fall of the year here on the East Coast which has since washed away. But with the winter months usually comes plenty of TV and movie time until the weather breaks so we’re starting the day out and heading to the theater district, weeding through the pimps and prostitutes, hustle and bustle and taking in a matinee that fits the occasion, Death Wish starring tough guy Charles Bronson.

Loosely based on the 1972 novel of the same title by Brian Garfield. The film was directed by Michael Winner and stars Charles Bronson as Paul Kersey, an architect who becomes a vigilante after his wife is murdered and his daughter sexually assaulted during a home invasion. Gritty New York in every sense of the word with great landscape and incredible score to match. There were a total of 5 films made from the franchise with the location moving to the mean streets of Chicago later on. So cop a ticket, buy your concession stand snacks and take in a flick.