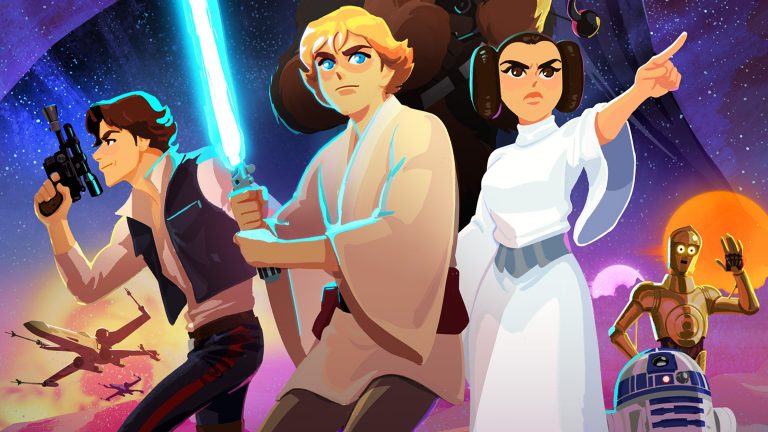 I’ve always been a sucker for a good star wars related flick especially with the original trilogy while ignoring the not so good ones and even digging the animated Clone Wars series.  In true essence of milking the cow that Disney seems to be doing much of these days, they’ve created a new animated series of shorts that is essentially the original Star Wars film with original dialog. There’s something nostalgic about watching it which actually seems to be a fun way to waste a bit of time during the day. The series will be streamed on bot the new Star Wars Kids Website and YouTube.

“James Waugh, VP of franchise content and strategy at Lucasfilm, told StarWars.com that he has “had so many friends who are parents tell me how much they wanted to introduce their kids to Star Wars but didn’t feel that their kids were quite ready for the movies yet.”

Not sure how into the actual films the animated shorts will make kids want to watch the actual films and if they don’t get it from the new movies being released, then they probably won’t after watching the shorts. It’s a different generation and kids are into different things at this point while the Star Wars brand seems to be stuck on loop. For us as adults, it’s good for a Saturday morning viewing while eating a bowl of cereal before walking the dog, doing lawn work or other adult things that fill the day.