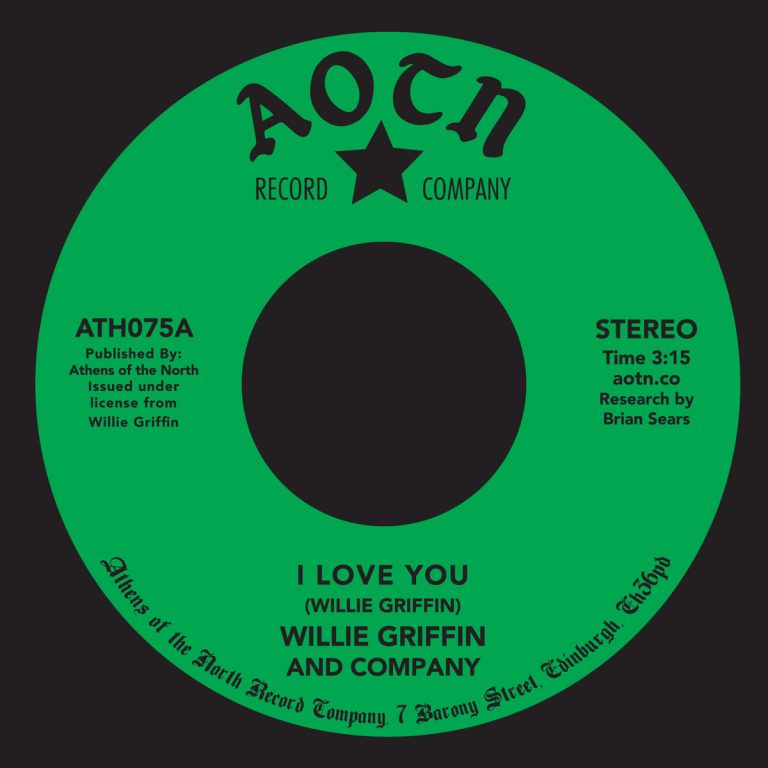 Willie Griffin And Company – I Love You

Every once in a while there’s something that comes across that sounds so unique and is beautiful in every way that it deserves to get as much shine as possible which is the case with an upcoming release from Athens of The North in collaboration with fellow collector and historian, Brian Sears.

“I Love You” b/w “Where There’s Smoke There’s Fire” is a soothing double-sider from self-taught guitarist and songwriter, Willie Griffin hailing from Dallas, TX. Pulled directly from tape, the A-side ballad is minimal in production letting Griffin’s acoustic guitar skills shine through with vocals and chorus to compliment in almost a folk like way.

“It does not happen very often but we were lucky to get the tapes from Willie and they had been meticulously looked after so we could cut directly from tape for that perfect OG sound, for the AOTN single we have flipped the sides and put ‘I Love You’ on the A side where it deserved to be.”