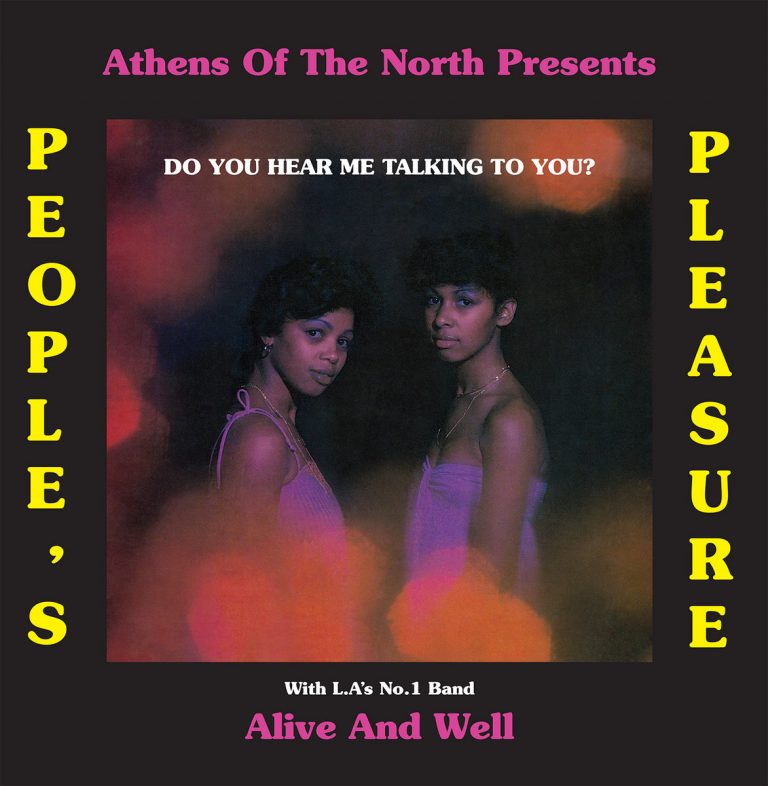 Peoples Pleasure With Alive and Well

Athens of The North continue on from 2018 and rolling into 2019 with more crate essential releases with the upcoming full length LP being one that the original would set you back a nice penny but for those of you with tighter pockets, this will be up your alley.  Peoples Pleasure with Alive and Well “Do You Hear Me Talking To You?” is definitely one of those front to back listens that you never tire of thats right in the pocket of funk and disco and dance floor friendly.

“The 45 ‘Everyday People – World Full Of People’ is well known on the modern soul and funk scene and it relatively easy to find a copy for maybe 500 pounds. What was always less well known was that there was also an LP by the same band but labels as People Pleasure. I first came across this LP in Turku, Finland in the early 2000s when at the house of DJ and Collector Felix Manell who pulled a pile of rare and interesting bits that day. I did not really appreciate the true rarity until trying to source my own copy. The next copy I saw was in Japan in 2004 but was not going anywhere. Roll on 15 years, Russell Paine, collector, DJ and super record researcher called me saying he had finally unravelled the mystery and was talking to Bill Brown & Al Hall Jr. Russel sets himself the hard task of only putting out unreleased material on his own label so we also work together on LPs and Singles on Athens of the North. After we managed to clear the rights the final hurdle was finding a clean copy, not an easy task. After asking loads of deep collectors, Zaf put me onto DJ Nick the Record who very kindly lent me his minty personal copy, a huge favour considering how rare this record is, almost impossible to replace. So we mastered from the vinyl (no tapes exist) and while it still sounds pretty raw it is twice as good as the O.G. Been a long time coming.”