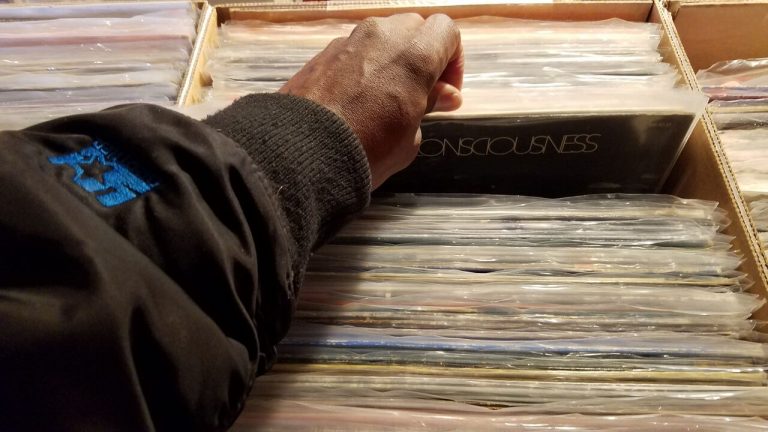 Disclaimer: Before you jump to conclusions, get bent out of shape and scream how much of a digger you still are or think the headline is click bait, pump your breaks and chill out, it’s not that serious. With that being said, let’s continue on with the show, shall we?

Let’s be honest, no matter how vast your record collection is and years that you put in going to record fairs, shops or digging in dusty asbestos filled attics, no one knows every record, break or sample recorded by the original artist from 50 years ago and that is a fact. Some of the most seasoned record buyers across the globe are still getting hipped to records, both common and rare, old and new. I’ve bought records from dealers who said that they recently sold records to people who have big reputations and were very surprised that they didn’t know the record which makes a lot of sense. Posting records on Instagram makes everyone seem like they’re deep but personal interactions expose the truth of what is and what isn’t.  If you’re a traveler and have bought records in other countries, you will from time to time find out about things that never made their way outside of that country. There’s always more research to be done and dicsoveries to be found which makes collection so special.

Most recently I ran into two scenarios which sparked me to write this story, with the third being the influx of sharing on social media or what I like to call #Instadiggin. Recently I played a rare break which honestly has no Googleable history and with the help of Max from Brewerytown Beats, did research to find the original artist and label to get more info which lead to a dead end. While playing it, several very respected heads in the record world rushed to the turntables to see what it was which of course in true cover the labels mode, my lips were sealed. It’s always a great feeling as a collector when you can play something that turns heads but also hearing things from fellow DJ’s and collectors that turn yours as well. On the opposite end of the spectrum, you have so called legendary diggers who have yet to play anything that isn’t a classic and already known but living off of the legendary status and term digger who are vocal about the art, yet don’t practice what they preach.

The purpose of digging has always been about unearthing the unknown, introducing it to the world and being known as the guy who found it. If you look at some of the best to ever do it, the records that they put on the map and the mixtapes that became famous because of there selections, there’s an obvious difference between then and now. DJ Muro, Soulman, The Conmen (Jake One and Supreme La Rock), DJ Shame, Ken Sport, Kon & Amir and DJ Soulscape to name a few from the very shortlist who all had signature records that the world first heard via their mixes. Fast forward to the future and the duo known as Cut Chemist and DJ Shadow showed us that the well is far from dry and created the phenomena known as Brain Freeze and performed a live on stage mixtape that sparked another generation of collectors. Even though the title states “The Day Diggin Died”, there will never be an end to the hunt and there are still records that Grand Master Flash, Bambaataa, Jazzy Jay and others spun in the 70’s that have gone unknown and forgotten about even to them especially with labels being blacked out or washed off.

There are plenty of records out there that fly under the radar waiting to become known as is the case with an extremely rare Philly funk 45 that was presumed to to not exist outside of the original reels with no vinyl pressing. For quite some time, the record was a mystery but the topic recently came up about the it from some very knowledgeable heads who only knew of 1 copy to exist in a private collection and after seeing the label, I was sure that I had a copy of it laying around somewhere. After spending a day going through boxes, I discovered that I did indeed have a copy of this rarity which I had bough many years ago for probably $10, played once or twice out and stored it away. Now there’s two known copies to exist and fetching an easy $2000 on the collectors market.

I’ve been asked in a few interviews recently if digging is dead because of social media, YouTube and other online outlets and my answer to that is of course not, it’s just being carried on by another group besides the famous DJ / Producer types. I’ve been hipped to so many great records by people who are collectors and simply into the music. They aren’t setting out for the title of King or producing tracks for famous rappers, they just know dope shit and are happy with just that. But we are experiencing a lazy spell within the culture of digging and the way that it’s accessed. Case in point, Instagram is a hot bed for information and if someone posts something dope or rare, the radar goes off, the DM’s start being sent with the question, “what is that!?” from people who have never previously hit like or commented on your posts before. Where’s the fun in hearing something, asking a title, going to Discogs to buy it for it to arrive a week later, post it on Instagram like you’re the one who discovered it without giving props to the original source? The thrill is in the hunt and the stories of how you stumbled onto something that added to encyclopedia of discoveries for future diggers. But instead of the individual quest and journey, it’s become more that people want what others have instead of them liking what they discover. Music is supposed to be about personal tastes, not liking something because someone else likes it. We all buy online, we all go to record shops where the owner already did the digging for you and organized everything perfectly for you to “shop”, because you’re definitely not digging.

There are more people claiming the digger title today, yet there are less people actually making mixtapes or online mixes then there were years ago which is baffling. Has having a record just become a status symbol to floss on Instagram for a day then file it away in your crate never to be seen or listened to until #45Friday comes around a year later? With the inspiration of the very few people like the undisputed King of Diggin, DJ Muro who continue to release these tapes and CD’s, made for that reason why I started doing the “Shifting Gears” series on cassette via Record Breakin’ Music a few years back. I felt that it tradition needed to be carried on along with a handful of Japanese DJ’s who continue to make mixtapes and few who drop great selections via their online streaming platforms.

Is digging dead? Far from it but we are in a creative slump in a digital world where it’s so much easier to do things than when the world was analog. Maybe it’s a lack of passion for the craft and people are more satisfied with just posting to Instagram to say “hey look what I got”. One things for sure, records will be here long after anything digital and with the amount of great new releases being pressed by funk, soul and psych bands across the globe, the next generation of diggers will have a lot to choose from in the same way that previous generations dug for theirs.