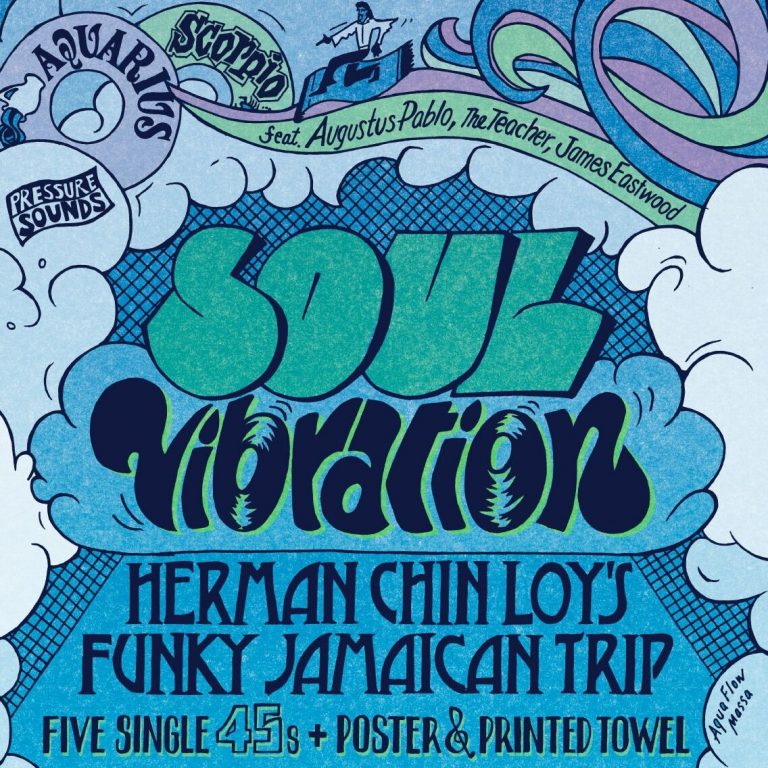 There’s not denying that the influence of Black American culture in the 60’s and 70’s weather in fashion or music has made it’s rounds globally while helping to shape and form in other countries which helped to build scenes that are very reminiscent, yet uniquely their own. Back then the influences of American soul and funk music, the black power movement, third-hand visions of the Flower Power generation and a generally groovy vibe collided with Kingston’s wildly creative music scene, which had invented ska and rocksteady music over the previous ten years. Musically, Herman Chin Loy is the living embodiment of the energy that powered the Kingston music scene in the early 1970s and created a powerful output of tunes and with the upcoming “Soul Vibration – Herman Chin Loys Funky Jamaican Trip” funky 45 boxset dropping via Scorpio / Aquarius / Pressure Sounds, we’ll get a proper listen into what became staples on the scene spread over 5 45’s.

“The result was a riotous and flavorful gumbo with Herman Chin Loy stirring the pot. Nearly 50 years after his first groundbreaking releases, he is still liable to break out into wild deejay-speak, launch into a Nat King Cole impersonation, declaim from the Bible, or bust some serious dance moves. “I’m not saying I’m the best dancer in the world, but when I dance it’s like Michael Jackson, James Brown and Jackie Wilson all in one – hahaha! I used to go to the clubs and dance, and when I get on stage I don’t come off, I just dance and sweat right through the night. When I was a young boy I was just really into music, so I was not really going to school. I was more of a drop out person and hung around with the bad boys.”

Beautifully done with great care, the packaging is a work of art in itself presenting the 5 45s in the Rolls Royce of record boxes. Each hand-assembled box is a unique piece of art. The boxes have been hand silk-screened with great detail and a variety of color-ways that accentuate the lush, psychedelic artwork of Okinawan artist, Massa Aquaflow. No two boxes of this limited edition are the same and will definitely add to the enjoyment of the music within. Besides the 5 records, the set includes a silkscreened poster with extensive sleeve notes and an interview with Herman Chin Loy by Diggory Kenrick; and a printed towel, perfect for wiping off the sweat caused by listening to these hot and sticky tracks. 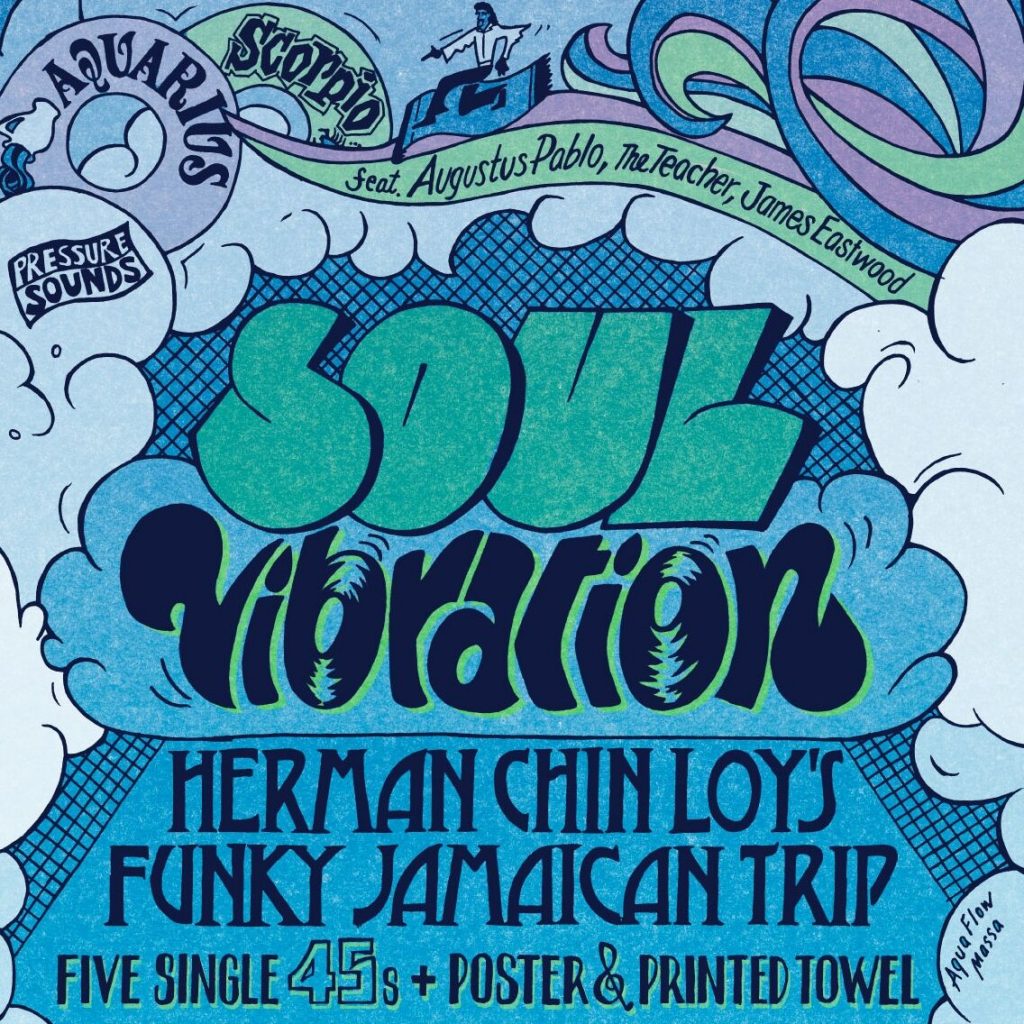 Be on the look out for the drop via https://www.pressure.co.uk