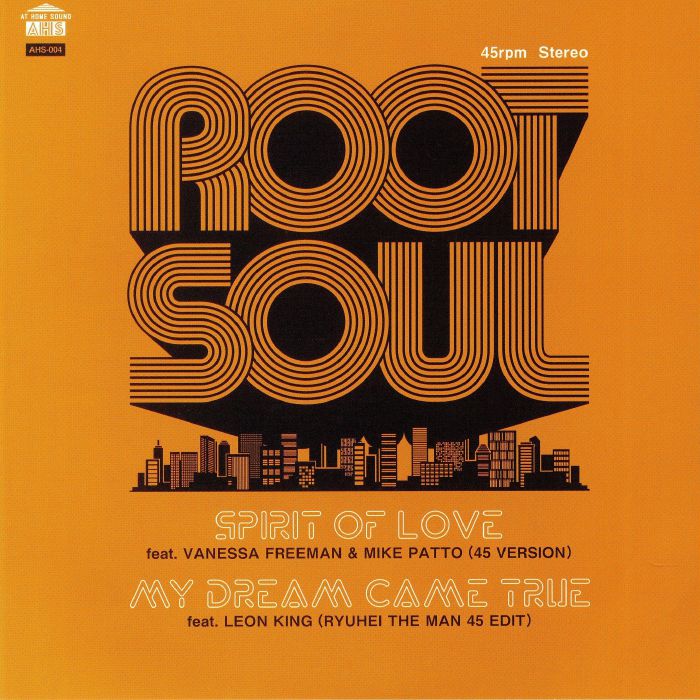 One of my favorite bands that I enjoy seeing and have had the pleasure of playing with while in Tokyo is Kenichi Ikeda’s Root Soul. Consistently releasing new music over the past 10 years, they’ve become a staple on the scene gaining the respect of Disco and funk DJ’s who have given plenty of spins to their productions. Going back and revisiting the catalog, Root Soul has recently released a new 7″ for “Sprit of Love” which was originally released in 2007 which has been in high demand. With Vanessa Freeman and Mike Patto’s incredible vocals and Ikeda’s bold, uplifting and funkified production, it’s the perfect acid jazz concoction, and highly worthy of a repress. “My Dream Came True” originally appeared on Root Soul’s self-titled 2009 album, and now the Leon King-voiced jam gets the re-edit treatment from Ryuhei The Man, who gives it a tasteful nudge while retaining the funky core of the track.