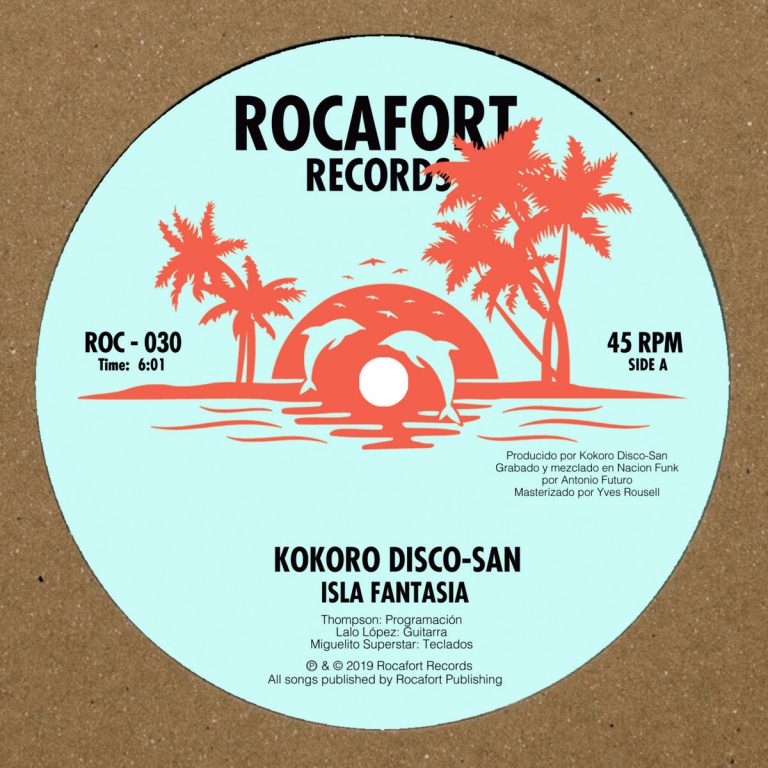 Heavy Disco 12″ business coming in from Rocafort Records and one that we’re extremely excited to add into the rotation. The latest drop from Kokoro Disco-San is completely brand new, yet transports you back to club life during the hey day and crossover of jazz, funk and disco during the late 1970’s. The band channels that same energy with their double-sider “Isla Fantasía” b/w “Sonic Feeling” which will complete your set and dance floor experience.

Kokoro Disco-San are an experienced trio of musicians and producers from Barcelona who have clearly been studying the moods and variations of the nu-disco breeze. Coming at you like a warm scirocco from tropical climes, Isla Fantasia has all the hallmarks of a Joey Negro/MAW production waiting to happen. Peppy 4-to-the-floor beats per minutes that rise and fall in all the right places, catchy synth riffs, echoey Brazil-inspired Backing vocals that just make you want to levitate somewhere between Rio de Janeiro and Ibiza.

The B side, Sonic Feeling, is equally thrilling with its driving bassline somewhere between Brothers Johnson, Azymuth and the Players Association, plus tons of those disco whizz, fizz, bangs that frankly just make you want to smile a lot after a few drinks.