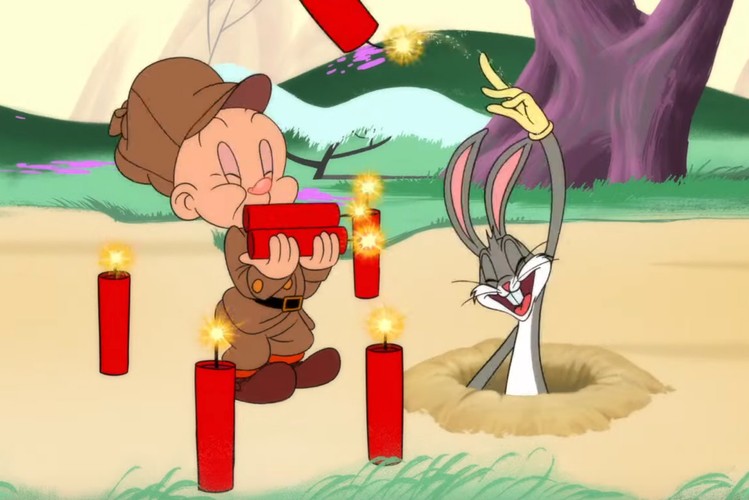 While living in such a politically correct, non confrontational, let’s not rock the boat world, you would think that the crazy antics of old Looney Tunes cartoons of yesteryear would not be able to exist in today’s climate. Let’s face it, there are always those organizations and groups that complain about things that they don’t like being too violent or in the case with the recent study done by both Canadian and UK universities  claiming that the “dodgeball” that we all played in school contributes to bullying, is oppressive and dehumanizes people. I say f*ck them and their studies, they were all probably people who were picked on in school, couldn’t stand up to the jock when they’re girlfriend / boyfriend left them or weren’t allowed to have fun.

Anyway, Looney Tunes is back with new shorts and Warner Bros surprisingly have kept them just how we remember, exploding sticks of dynamite and all! The first short is simply titled, “Dynamite Dance”. Welcome back Looney Tunes!