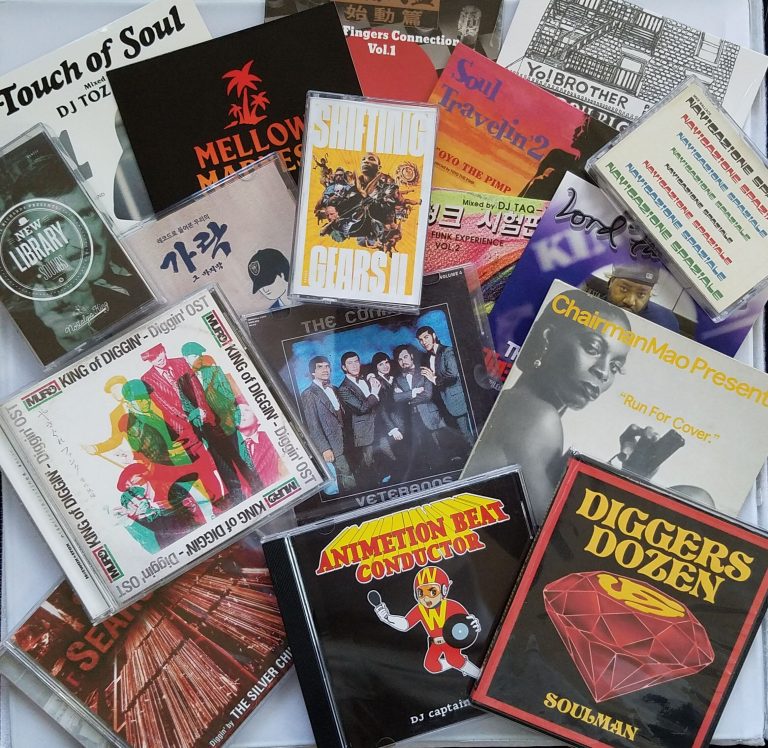 Dig Deep, Dig For Yours

Over the last few years I’ve been heavily revisiting some of my favorite digger mixtapes as well as live recordings from some of the best funk & soul 45 slingers with deep crates. Many of those mixes sparked listeners to dig deep in not only finding what was heard on those mixes but also to discover new things that had not yet been put on the radar. A whole host of names like Keb Darge, Dante Carfagna, Cut Chemist, DJ Shadow, DJ Muro, The Conmen, Kon & Amir amongst a few who kept heads open and digging deeper along with online sites like Soulstrut and publications like Big Daddy Magazine. With this network and community of record collectors also came about creativity in the form of mixtapes, many of which were made by American diggers with the exception of the King of Diggin’, DJ Muro, these tapes where coveted pieces in the never ending quest.

Over the years, the digging mixtape series has all but become non existent here in the states yet when traveling to other countries like Asia and some European, I’m often given tapes / cds by diggers who still carry on tradition of what was once the norm. The question then arose in various conversations over the years, with so many people collecting records and showing their “raers” on Instagram, why is there a lack of either online or physical mixtapes in circulation today. Has it become just cooler to post something for likes that’s forgotten about after the next 10 posts? Has it made things easier for the #instadigger (c) Butta Bros to just look at a post and then go to Discogs to buy the record without any research? Things have become less about discovery and more about turning textbook pages to your favorite collectors and scrolling down to hear what they have and buying accordingly. Going out to find records of ones own personal taste haas been replaced with social media comments on other peoples posts like “Need!”, “Want!” and “Got It!”

Back in 2014 with the urge of wanting to carry on tradition of what we really love, Mike Wallace and myself created the Cops Crooks and Spies mix that featured Mr. Wallace digging deep into his crates to pull out rare gems while I dug into my rare VHS archives to add dialog and soundbites to tell a unique story. Then in 2015 I wanted to take things a bit further and started a new cassette series, the first focusing on rare breaks, samples and soundbites on 45 which was titled “Shifting Gears”, then in 2017 the “New Library Sounds” cassette with “Shifting Gears” vol. 2 in 2018. At the same time, Mike Wallace was creating an incredible catalog of digging cassettes of his own including Our Beautiful World (Music Dedicated to Our Inner Space) and “Navigazione Spaziale”. Still excited at listening to many of the mixtapes that I was continuing to receive from world wide DJ / digging fam including Diggers Dozen who  from time to time release their mix series on CD featuring some of the best best collectors and DJs flexing their crates with the latest from the OG in the game, Philly’s own Soulman let me know that things haven’t yet come to an end. Print media still continues to give it a go even in a small way but DIG magazine has been doing some great things and featuring collectors across the globe to give readers a little something to stick into our pocket while on the move so we definitely applaud them on their efforts!

With so many people using the term “digging” or “digger” it would be really nice to see and hear more product being released that would hopefully become legendary like those from the OG generation of tapes.

Less #instadiggin and more real world discovery, we got ours now #digforyours.