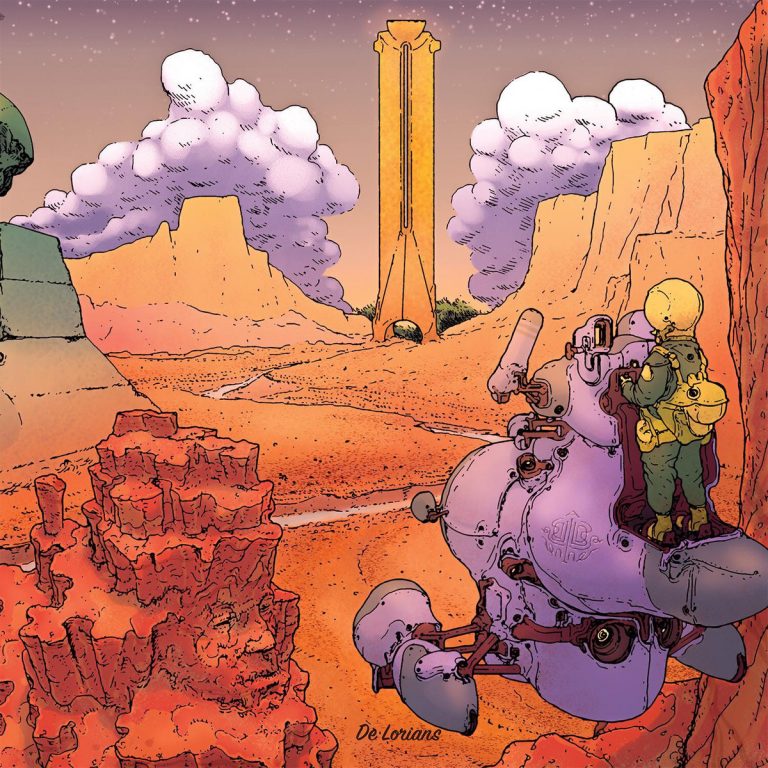 We love when there’s something interesting and crazy coming across our desk that starts the work week out in the sound department.  We recently got hipped to the new De Lorians album which is a combination of a few different things but made up of all the sounds that we absolutely love. It’s Jazz, it’s rock, it has a sort of cinematic library’esque feel to it and it’s down right funky in every way. If you’re not familiar with them, then do so now, meet the De Lorians, a group of funky musicians from Tokyo.

Ranging in age from 22 to 27, the five De Lorians tap into a library of ideas from their precursors, less in retro-loving emulation than for alchemical strategy. With the idea of assembling a Canterbury-style jazz-rock collective, Ishida gathered the band in 2016 from like-minded musicians, including Soya Nogami (guitar), Hyozo Shiratori (keyboards), and Genki Goto (bass). Drafting drummer SyZeuhl from a musicians’ classifieds site, the quintet was soon off to the races, and beyond the track. “Zappa is God among us,” Ishida says. But besides that, the influences veer wildly, the compositions bending under the influence of each musician. Shiratori plays singing saw and theremin sometimes. Nogami is a Khöömii vocalist, a form of overtone-rich Tuvan throat singing. Lately, Ishida has been on a ‘50s easy listening bender.