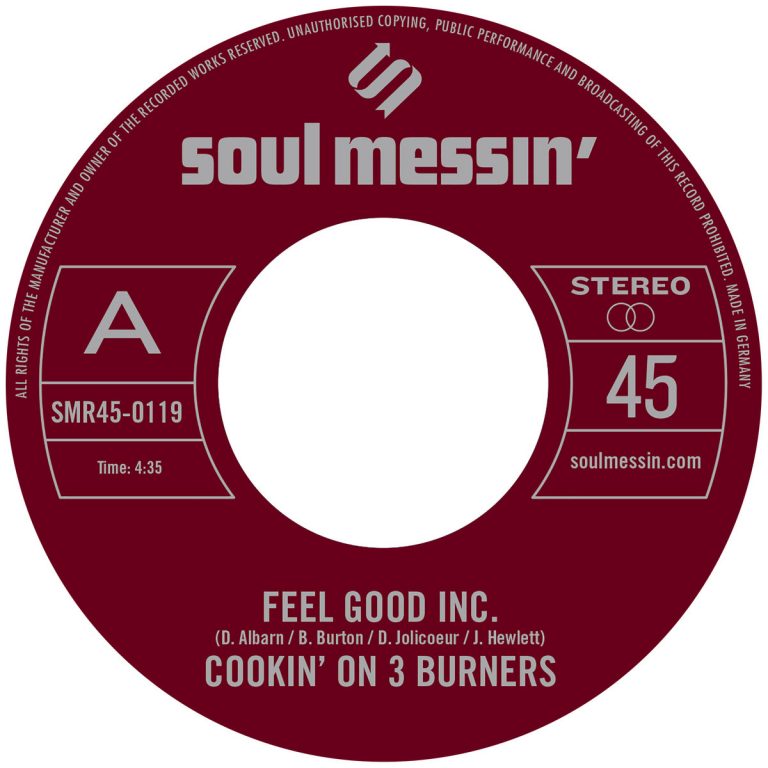 Time seems to really be passing at an accelerated rare these days with milestones almost coming out of nowhere and reintroducing those who were around to what they first experienced with others catching first wind for the first time. There have been quite a few monumental moments in independent music as of late and Australia’s Cookin’ On 3 Burners is just one of the groups who are celebrating in a big way. Celebrating the 10th anniversary of their highly celebrated “Soul Messin'” album, the band take a trip down memory lane to present two cuts from that era and delivered them on a double-sider 7″.

“The double-sided 45’ features the bands deftly-chosen instrumental cover versions of Gorillaz ‘Feel Good Inc’ and Gary Numans’ New Wave classic ‘Cars’ – two incendiary tracks which have lit up Club floors, B-Boy Battles, stereo speakers and headphones worldwide, but which have never before featured on the Funk DJ’s preferred format and weapon of choice.”