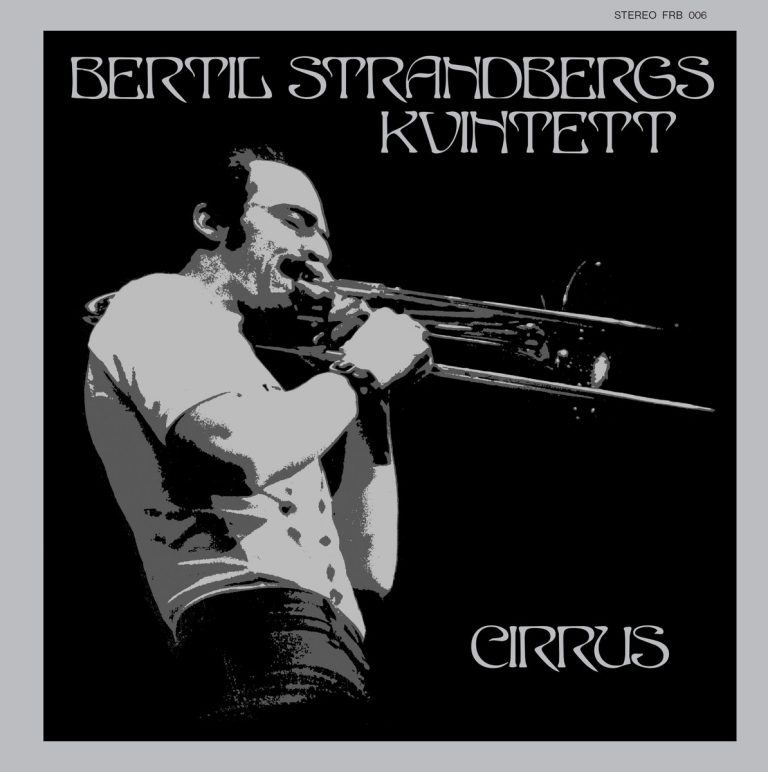 With so much to choose from, both familiar and unknown, rare and not so rare, the sound of Jazz just never gets old and always seems to hit the spot whenever the ear is calling. The good people over at Frederiksberg Records must feel the same way as they’re always going the extra mile to dig deep into the archives to bless us with fine listening. Their latest reissue which comes 45 years after it’s original release is one that is a must have in rotation if you’re a jazz lover and has aged very well over the years. Bertil Strandberg Kvintett’s “Cirrus” is an absolute gem and a beautiful spin from beginning to end!

In 1973, a snowstorm almost prevented the band from making it to the studio to record this album. Cirrus, released in 1974 in tiny numbers, has since become a heralded object among jazz aficionados. Cirrus is full of melancholy. Yet it is balanced with a curiosity and an awareness of the world. Named after a white, wispy cloudscape made up of ice crystals, one can almost picture the deep woods of Sweden as the backdrop to these six compositions. The group, lead by trombonist Bertil Strandberg, recorded only this album. Bertil wrote the title track which gives you a hint at how he sees the world. Bertil’s brother, Göran Strandberg is on piano and wrote most of the songs on the album. American ex-pat Ed Epstein is on tenor. Ove Gustavsson and Bjarne Boman on bass and drums respectively. 45 years has passed since the release and now Cirrus is finally available on vinyl again.