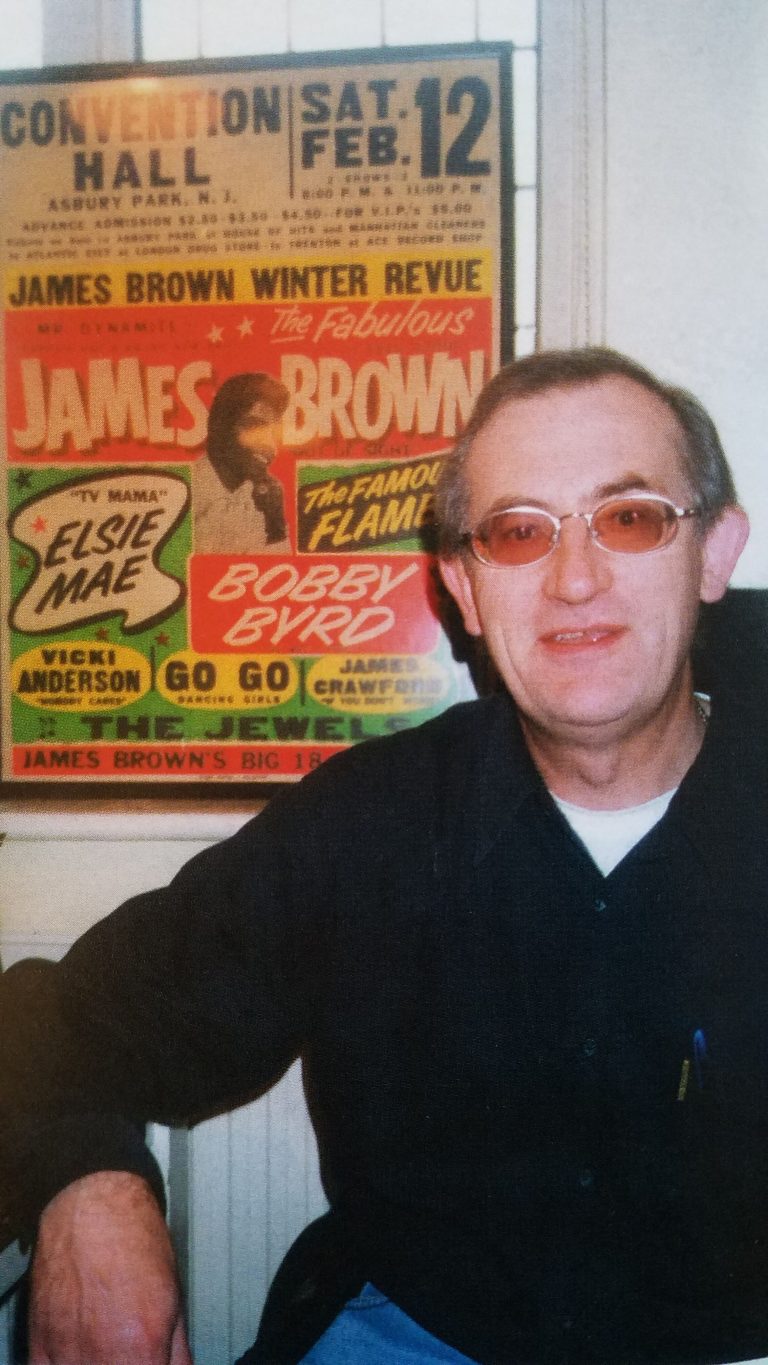 There are record dealers and then there is legendary U.K. record dealer John Anderson who with a wealth of knowledge on music and releases has helped many of the DJ’s and collectors on the scene with building their collections. John Anderson is known as The King of Record Dealers and although I’ve never had the pleasure of meeting john personally, his mail order lists of records for sale are legendary and are some of the most coveted items in my collection. John was one of the most important figures when it came to finding and introducing soul 45’s to the scene and was an OG before the term “digger” existed.  Known for flying over to the U.S. and buying up tens of thousands of 45’s from One Stops in Philadelphia and Chicago then shipping back across the pond, John also held warehouses full of inventory here in the states as well.

Sadly, John recently passed away with news sweeping across the globe including and through the Northern Soul scene where he was so influential. So in honor of the legend, I scanned a few images from an old issue of Big Daddy magazine that featured an interview with John Anderson conducted by Snowboy. I only scanned the introduction to this 2 part interview so you’ll have to do some digging for yourself to get the full interview and all of the knowledge and history that was dropped in the conversation. 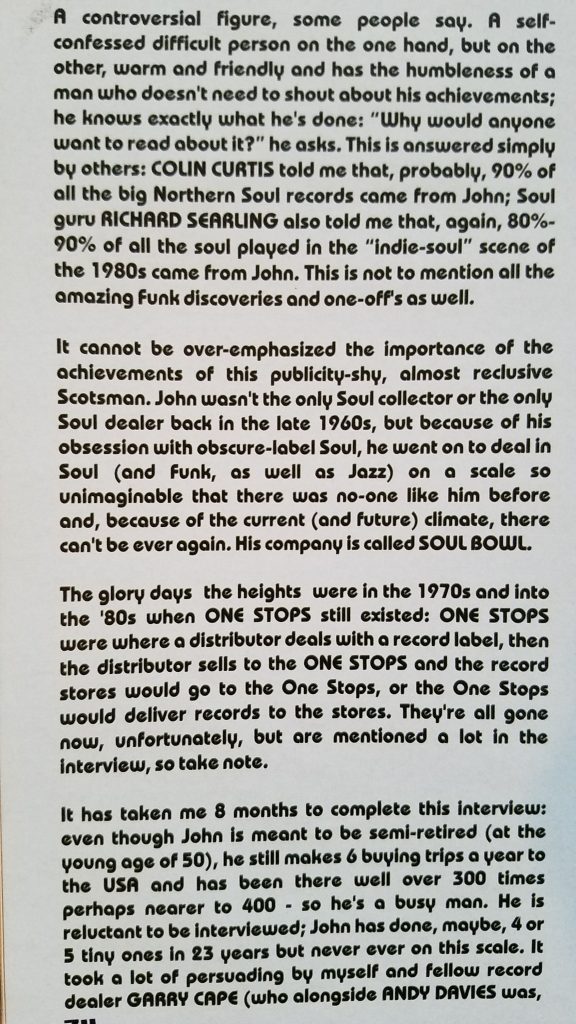 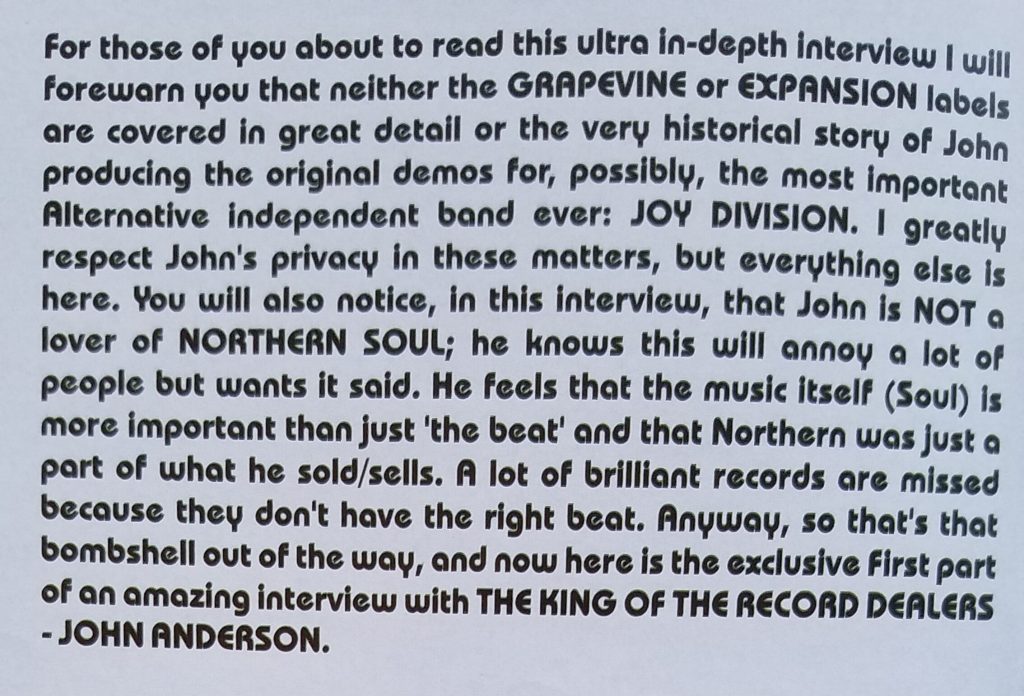 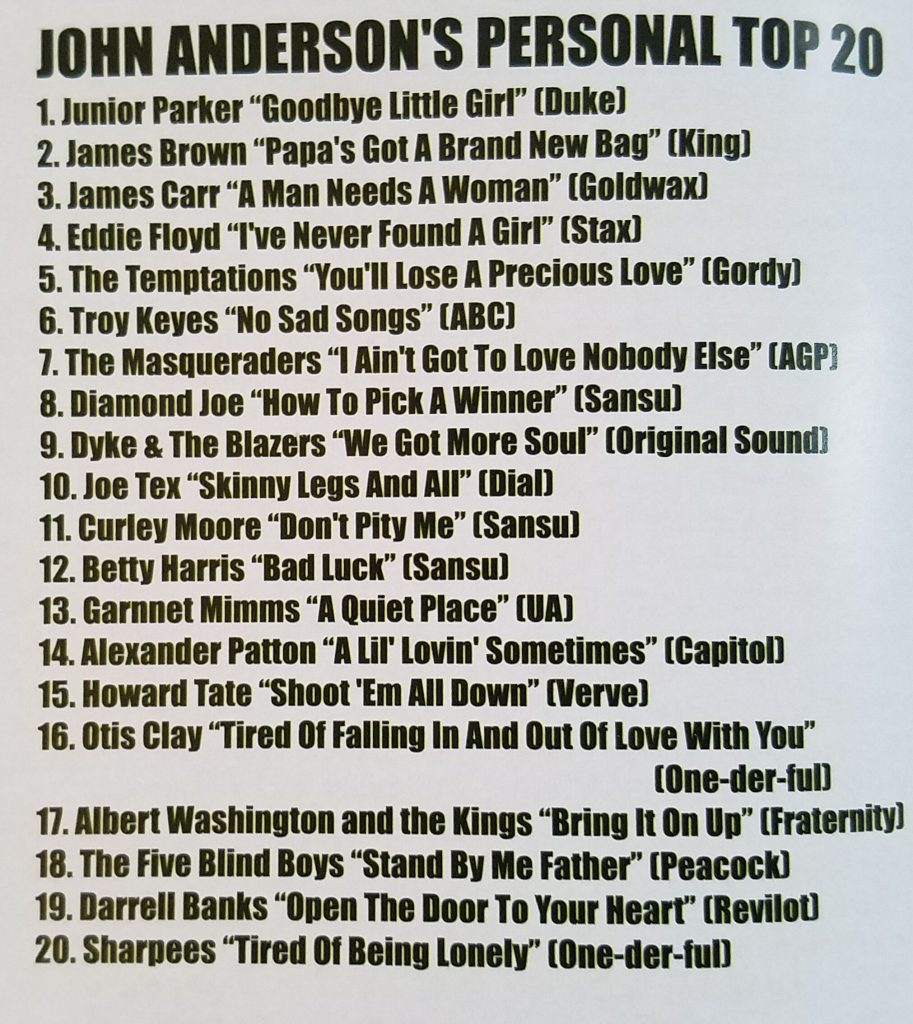