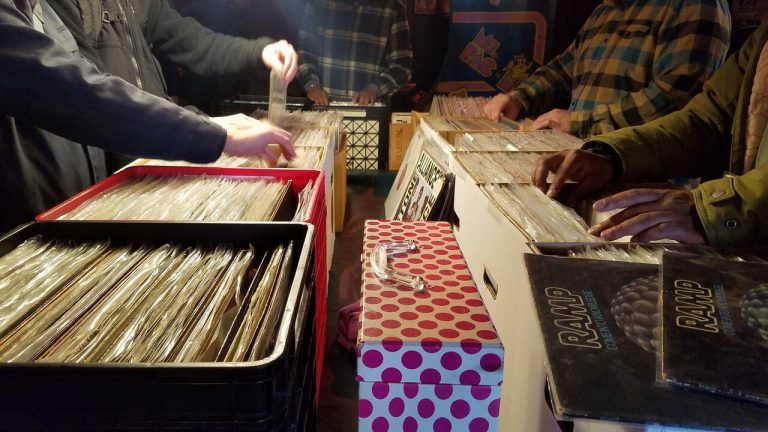 To Reissue or Not To Reissue, That Is The Question

The topic of reissues has always been a touchy one amongst collectors and there is a thin line between doing a great LP reissue and simply going for the cash grab of reissuing something simply because the label knows that it will sell a bunch of copies. Those often times consist of common or “hypebeast” records that everyone knows and can easily be found on the secondary or record shows worldwide. Now when we say reissue, we mean actual reissues. Not this weird trend thats going on with all of these bootlegs especially golden era rap 45’s that have been flooding the market lately of records that we’ve heard way more than necessary on both 12″ and digitally since the original release back in the 80’s / 90’s.  And let’s not get into the overly done trend of “edits” and “remixes” of all these common disco / dance records that have suddenly become common place when the originals are much better in the first place. But don’t get us wrong, we’re not opposed to these edits or remixes, we’re opposed to not digging deeper and pulling from the unknown and making known or pulling from the B-sides or album cuts. A-sides are just lazy!

So the question is, what makes a great reissue? In our opinion if it’s easy to find on the secondary market then it shouldn’t be reissued, especially if we’ve already seen it reissued and bootlegged multiple times before. What’s the point? We get that some labels are in it for the cash grab and feeding the hype of “this is a holy grail that so and so producer sampled from” etc. So the question again, what makes a great reissue? Over the years we’ve received great reissues from labels across the globe that dug deeper to expose music that was not known to the masses or were as rare as NY Strip steak that hadn’t touch the grill yet. Records from other parts of the globe that had never been seen in another part and only introduced through collectors circles. For the longest time, Japan was an untapped market outside of the country, well thats obviously changed with the amount of sellers online now while places like Russia and Korea still seem to be relatively untouched for the most part.

Many of the amazing reissues that we’ve received over the years dug much deeper and introduced us to music that we didn’t know existed which for us, knowledge is the key to discovery for us to start digging further into artists and genres. Instead of those reissues giving us an exact replica of the original, many of them went even further by giving us new liner notes in the form of a beautifully printed booklet, they printed history of the band as well as press photos and simply went the extra mile to make it special. Others went even further by including a second record packaged inside with alternate takes or recordings that didn’t make the first album or were to be used for second album that never was released. Those are the types of reissues that really stand out and excite us. Italian library and soundtrack labels like Schema and Sonor have gone deep into territories to reissue records that only a handful of originals are known to exists while labels like Soviet Grail took an equally effective route of tv / film compositions as well as psych-jazz and jazz-rock for the listener. Those are just a few that we’ve covered here at Nostalgia King over the years but there are plenty more doing their diligence to find quality stuff.

Then you have labels going even further and doing great work by releasing previously unreleased works that they found on reels which dives even further into catalogs and artists works that we would have most likely never heard. Super Disco Edits has been doing an incredible job doing just that and recently released “The Italian Heist” by Stu Gardner as well as Now-Again who recently presented us with the previously unreleased The J.B.’s “More Mess On My Thing”. While Athens of The North gives us a combination of essentials as well as new releases and soon to be future digs by artists like Greg Foat.

With so much music and material out there why would anyone settle for doing the bare minimum with doing a reissue of something common. We get it, if you press something everyone knows there’s a bigger chance that you’ll sell more copies versus taking the risk of reissuing something unknown. But as it’s the DJ’s job, we’re on the front lines introduced that unknown music to the people which is what we’ve done since the very beginning and labels should do the same by  giving us the tools which coincides with the DJ’s job. If we keep revisiting the same “classics”, who’s actually digging and presenting the deeper sides of music?

Some people may not like or have an appreciation for reissues because their bank accounts are pretty flush so that they can spend and endless stream of cash on holy grails that they don’t actually like but like bragging about having them while others who have them actually appreciate them. But for those who might not have the cash flow or are looking to dig deeper into music, a great reissue is an educational  lesson which hopefully would make them seek out the originals and build an amazing collection of music.