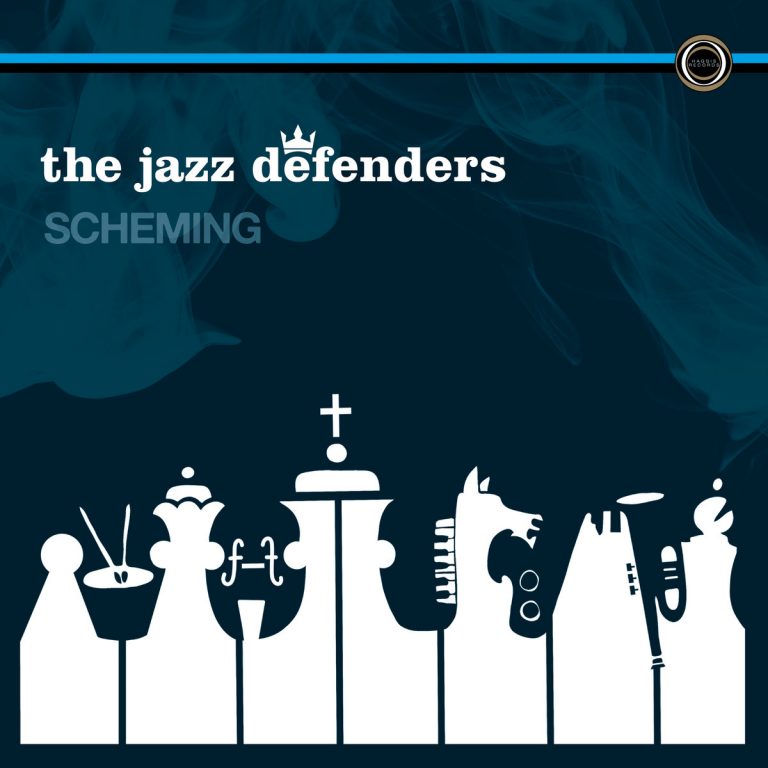 2019 has definitely been the year of finely recorded Jazz releases from across the globe and just as we thought the year was winding down, we’re treated to one last hurrah to go out with a bang. “Scheming” is the new debut album from The Jazz Defenders hailing from the UK on Haggis Records. The Jazz Defenders produce music that is a modern soul-jazz slant on classic bebop and hard bop, effortlessly channeling the spirit of the golden Blue Note era of jazz. The band was founded by George Cooper, one of the UK’s most formidable jazz pianists, who at only 31 years of age has already amassed a comprehensive repertoire of working partnerships including Hans Zimmer, Nigel Kennedy, U2 and The Haggis Horns.

What you’ll hear on “Scheming” is straight forward, no nonsense Jazz in it’s highest order that will have you doing a double take and questioning if this is something newly produced or a timeless session recorded during the 1960’s. But no need to question as this 10 tracker is indeed a complete set of original tunes written by Cooper himself and it’s obvious he knows just how to pull the right strings to bring everything together.