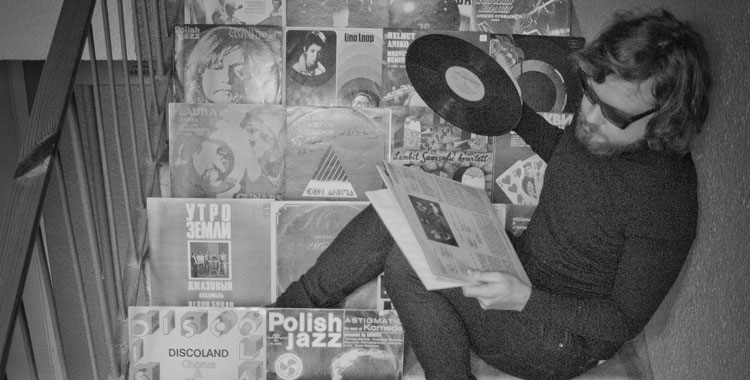 If I had to pick one name that was undeniably active in 2019 as a producer, composer, musician and writer releasing music that covered a wide spectrum of sound, it would without a shadow of a doubt be Misha Panfilov. For the last couple of years, the Estonian composer has released projects under a various number of incarnations and in 2019 he continued in stride releasing even more. Helping to add to the Funk Night Records discography, Misha has delivered a bevy of records covering Jazz, Psychedelic Rock, Ambient and Electronic on both 7″ and LP.  His sound is unique and yet traditional in the sense of keeping within a frame as a foundation and at the same time stretching those boundaries to create masterpieces that are obviously a reflection of his own creativity.

Throughout his musical journey, Misha works with an incredible cast of musicians to bring visions to light and records under various entities including Estrada Orchestra, Weizenberg Group, Hanz Mambo & His Cigarettes, Dead End Boogie and of course, Misha Panfilov Sound Combo. His wide range of music often times makes it difficult to keep track of what he’s involved in but that’s the thrill of the hunt which makes his releases a surprise once you do find out.

Library sounds which were big during the 90’s era of diggers and sampling producers have come, gone and made their way back around again and Misha Panfilov’s sound fits right into what should be a collector or sampling producers dream sound at the moment and will surely make for essential digs of the future for those who slept on or came late.

Be sure to check out his latest full length LP “Heli Maagi” at https://funknight.bigcartel.com which explores the deep realms of Electronic Psych with a minimal approach that will take you to galaxies unknown.