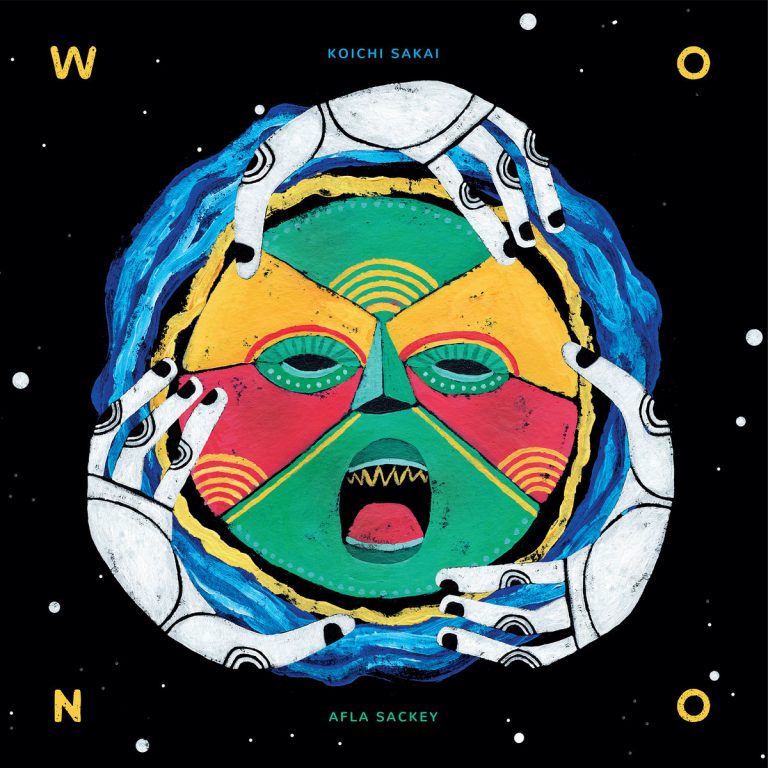 If you’ve been following my live DJ sets over the last few months in various cities, then you have indeed heard my playing the lead 12″ single of “Jingo” by Koichi Sakai & Alfa Sackey which we also previously reviewed here at Nostalgia King. Jingo is without a doubt, one of my favorite 12″ classics to play and the duos cover version on Olindo Records has brought new life to record that has never gotten old.

With their lead single in heavy rotation success of their 2019 EP featuring remixes from Osunlade & Pocz, Olindo Records heads back to the pressing plant to present “Wono”, the debut collaborative album from Koichi Sakai & Afla Sackey. The album is a deep exploration of Koichi’s love of both electronic and West African music, in close collaboration with Ghana-born master percussionist, singer, band leader, teacher and songwriter, Afla Sackey. , the duo set up to release their full LP.

The album features 7 tracks ranging from the meditative “Yamb”, which features master kora player Kadialy Kouyate, to the acid infused, slow house workout of “Niege”. Passing through a contemporary highlife take on advance single “Suolo” and a shorter version of the previously released “Jingo”.

“Wono” means “It’s Ours” in Ga. As in that which you desire, will be yours in time, even if you do not possess it now. So don’t rush brother, patience is a virtue.