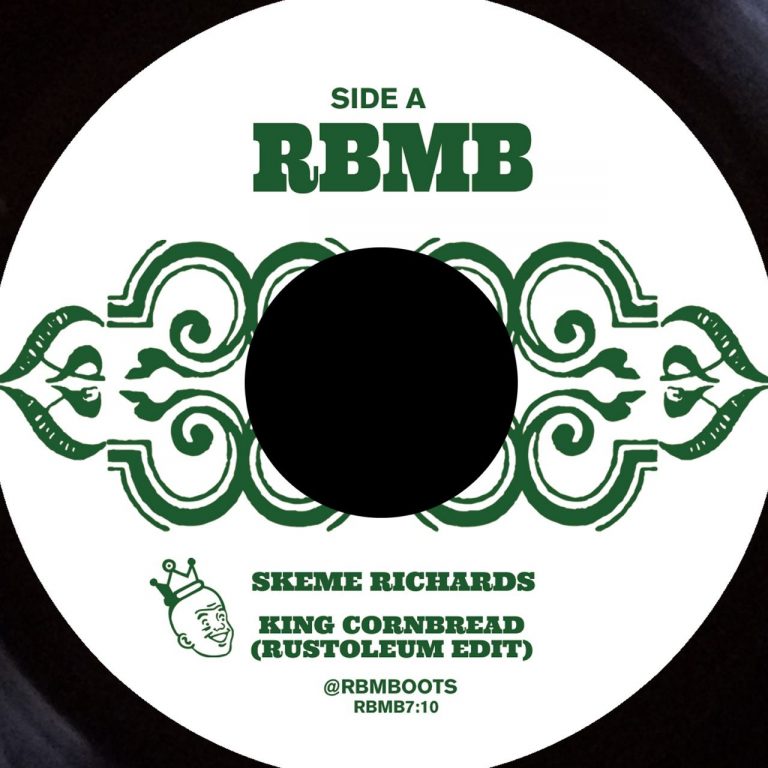 Excited to announce the release of my upcoming 45 available for pre sale on 5/1/20 via the RBMBoots label https://rbmboots.bandcamp.com

Coming up as a DJ in the early 1980’s well into the deep diggin’ era of the 1990’s, it was all about unearthing and flipping what no one else had touched to add that special something to your arsenal of spins. Records like that instantly became a mystery ready to be solved as the hunt was on without much reference to go on except for a drum break. When you think of great DJ’s, legendary diggers and the records that they are known for discovering, we’ve all experienced the “blacked out label” syndrome and this would’ve been a dream find and something that made it’s way onto comps had it been found back then. Think heavy Bronx park jam secret squirrel breaks meets Dusty Fingers and what you’ll come up with is a killer double sider 45 of rare gems.

Originally featured on Skeme Richards’ “Shifting Gears” Vol. 1 / 2 cassettes, Skeme takes the best parts of each track and “edits” them to give them more of an appeal and perfect for those who like to rock doubles, producers looking for the next unused drum loop or DJ’s to play the floor without losing the essence of the original songs. Digging deeper is what Skeme Richards strives for with presenting something different for the heads while continuing to carry on culture and inspire others to #digforyours.