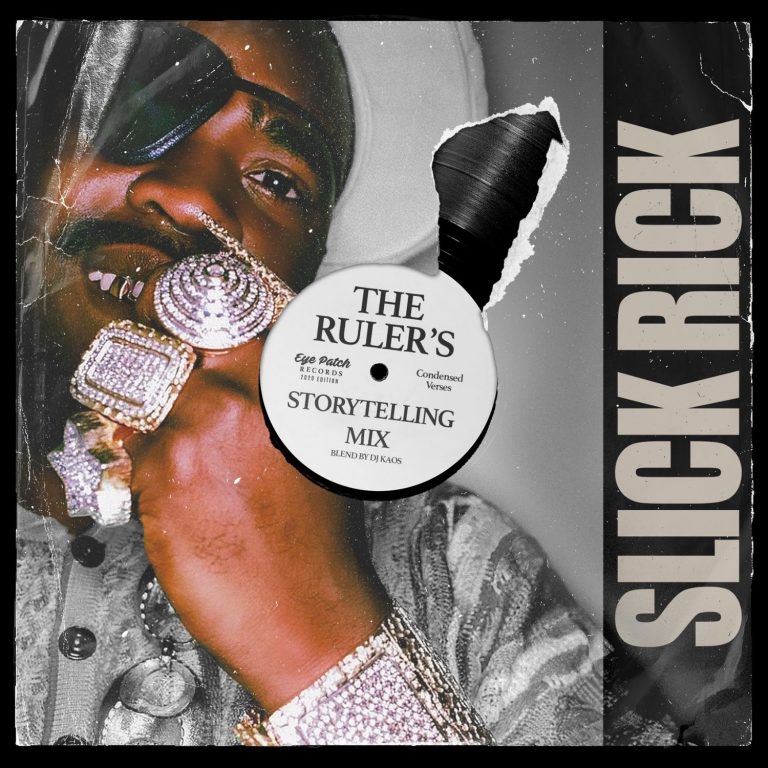 Slick Rick The Ruler is back with a hefty mega mix of 38 tunes mixed together by DJ Kaos. The project features a plethora of guest appearances including Aaliyah, Jay-Z, Will Smith, Raekwon, Snoop Dogg and Jermaine Dupri to name a few. It’s been a minutes since we’ve heard classic Slick Rick sounding this good and it’s definitely much needed!

This mix arrives in commemoration of Black Music Month and Juneteenth. While Slick Rick’s iconic “La Di Da Di” from 1985 remains as one of the most sampled songs in hip-hop history, the MC has reversed the roles, adding his own verses to existing classics like Jay-Z’s “Girls, Girls, Girls.” Furthermore, the project comes with six never-before-heard tracks, two of which include unique versions of Treasure’s “I Wanna Rock Freestyle” and “Someone New” that never had a chance to see the light of day. The Ruler’s Storytelling Mix lands just two years after Rick put out a 30th-anniversary edition of The Great Adventures of Slick Rick, his 1988 debut LP.