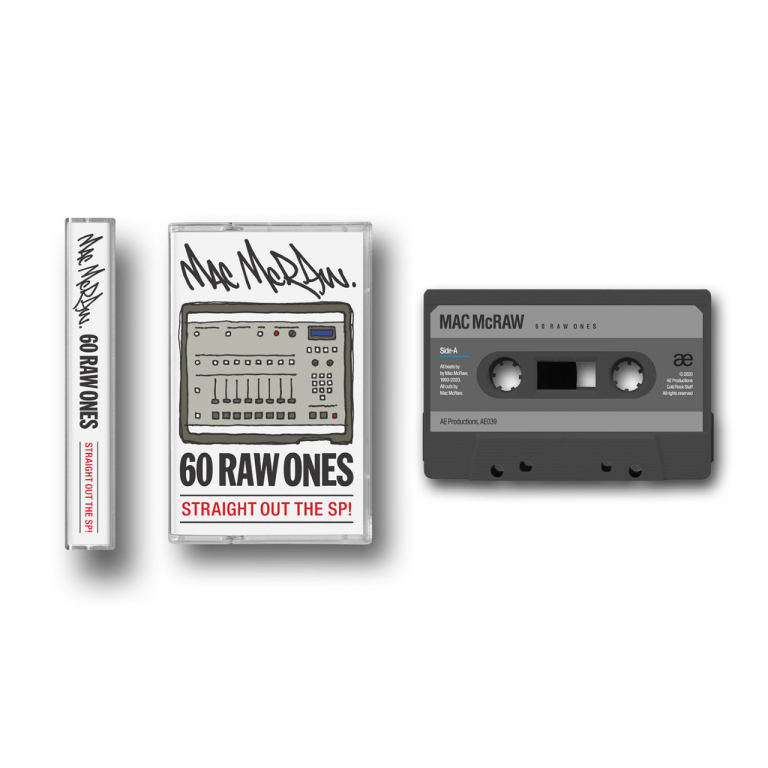 Nothing says nostalgic in the world of Hip Hop production quite like the EMU SP-1200 which is highly regarded as the choice machine of the craft. Nothing beats the sound and functions when flipped right by those who have become connoisseurs of speeding up the pitch to grab the perfect samples while doing a chop job that’ll stump even the deepest digger. One of the finest around that you may or may not have heard of but definitely need to do the homework on is Mac McRaw. A master of sorts on the the box and who has recently dug into his archives to debut his latest project and cassette release,”60 Raw Ones – Straight Out The SP!”.

The title says it all and Mac McRaw blesses the listener with 60 raw beats pulled from the SP-1200, recored between 1993 and 2020 and mixed in BPM order from 84 BPM to 120 BPM. Getting extra swirvy with things, Mac throws in a little extra measures to make it even more complete incorporating film dialog that he recorded in 1990 on Mini Disc as well as co-signs and drops from a host thoroughbreds including Audessey, Breakbeat Lou, Boogie Blind, Chucky Smash, Danny Dan The Beatman, DJ Nu-Mark, Dooley-O, Forrest Getem Gump, Gensu Dean, Johnny Juice, J-Zone, Lewis Parker, Mr Supreme, Mr Walt, Oxygen, Phill Most Chill, George and myself.

– RAW: (adjective) Materials or substances in their natural state, before being processed.

The project drops this week Friday on cassette and digital via https://www.ae-productions.co.uk