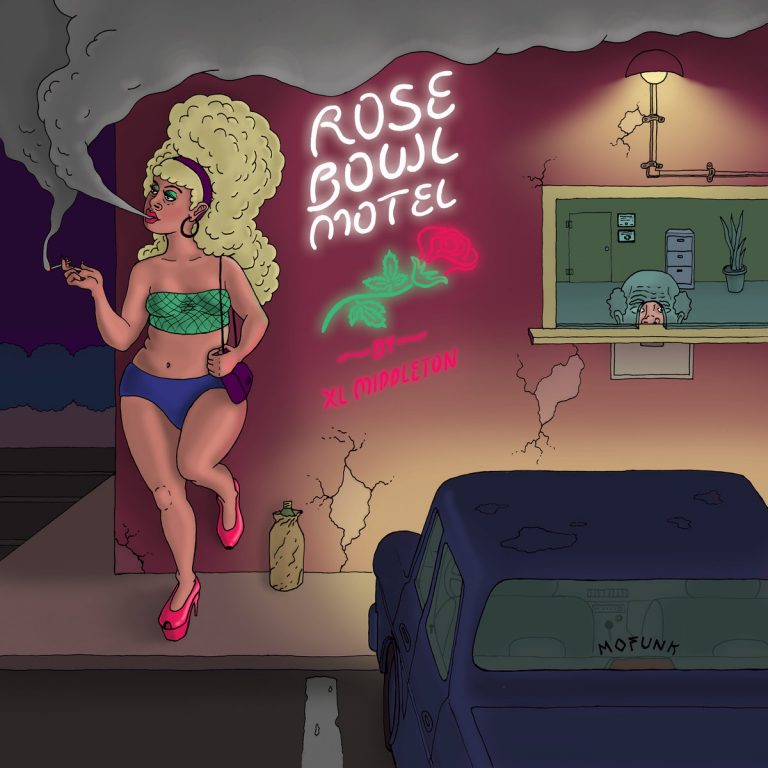 Never one to stay away too long, the good homie XL Middleton always has something in the works and delivers the goods just when you need it. His latest release, Rose Bowl Motel is another sure shot to add this his ever growing discography of work and another crate essential.

“Just as clubs and music venues worldwide have shuttered, victims of a pandemic and overall dystopian experience that most living human beings have never been through, XL Middleton unexpectedly brings us the soundtrack for the dance floor in our minds with Rose Bowl Motel. It’s a four-track EP crafted with XL’s signature synth sound – modern funk music turned sideways, into something that house/electronic DJ’s can easily work into their sets as well. The songs on Rose Bowl Motel run long and expansively, evolving slowly and giving any turntablist plenty of time to weave in and out of a mix. Moods are set via dexterous analog bass lines and shimmering keys. In fact, the entirety of RBM is instrumental, save for the EP’s thunderous opener, “Shotgun Lover,” featuring a slinky vocal from Zackey Force Funk plus vocoder work from XL himself. “Crown Royal Bags” centers around airy keys and boogie bass syncopations, while “Swervin’ On The 210” alternates between jazzy rhodes chords and sharp synth leads reminiscent of D-Train classics. The album’s closer, “1990 Brougham d’Elegance,” was the first song Middleton cut for the project, several years back between sessions working on his Tap Water album, and sounds like a sharp turn from anything he released in that period. Warm chords, housey organ stabs, and DX7 jazz guitar solos are the recipe here, proving XL is, and always has been, an artist/ producer capable of working effectively in many different modes. The club may have been shut down for now, but there’s always an after hours going down in a smoky room at Rose Bowl Motel.”