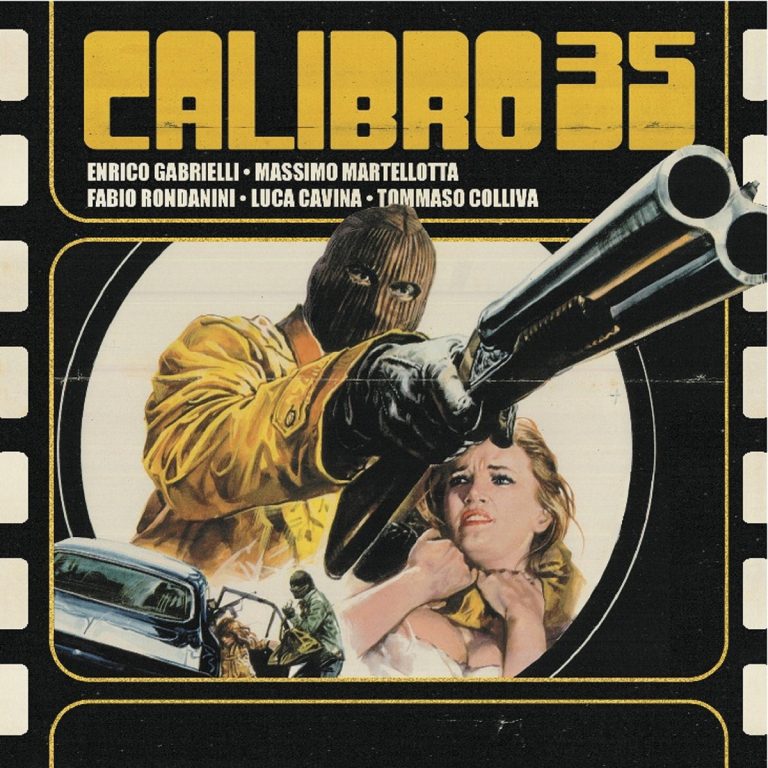 Very few records makes us want to throw on our favorite flicks and have a marathon of quality movie view but Italy’s Calibro 35 has always channeled their funkiest energy to create cinematic soundscapes that could easily be placed in any classic Euro Crime film or Poliziotteschi genre.  Over the years, the band has built up a heavy catalog of themes that have made their way into collectors crates and have become grails of sorts so it’s no surprise that their label, Record Kicks would release a special set that would capture the greatness.

For the first time, the very much in demand CALIBRO 35 self-titled debut full lengt gets the special reissue treatment with all of the extras. The publication is part of a trilogy that will see the Milan label reissuing on wax and digitally the first 3 mega in-demand albums of the Italian cinematic-funk cult band. “Calibro 35” will be reprinted on a limited edition LP.

The Digital Deluxe Edition will be available on all digital stores and it includes 5 bonus tracks accesible for the first time on all digital services, such as “La Polizia Sta A Guardare” by Stelvio Cipriani, the original recording “E Nessuno Si Farà Del Male” and an alternative version of the Calibro’s seminal hit “Notte in Bovisa”.

Going back to where it all began, Calibro 35’s mythical debut LP is an explosive homage to groovy 1970’s Italian-cop-film soundtracks, and to the golden age of Italian Soundtrack music by likes of Ennio Morricone, Luis Bacalov, Franco Micalizzi and Armando Trovajoli. Originally released in 2008, the LP is rare to find on vinyl.