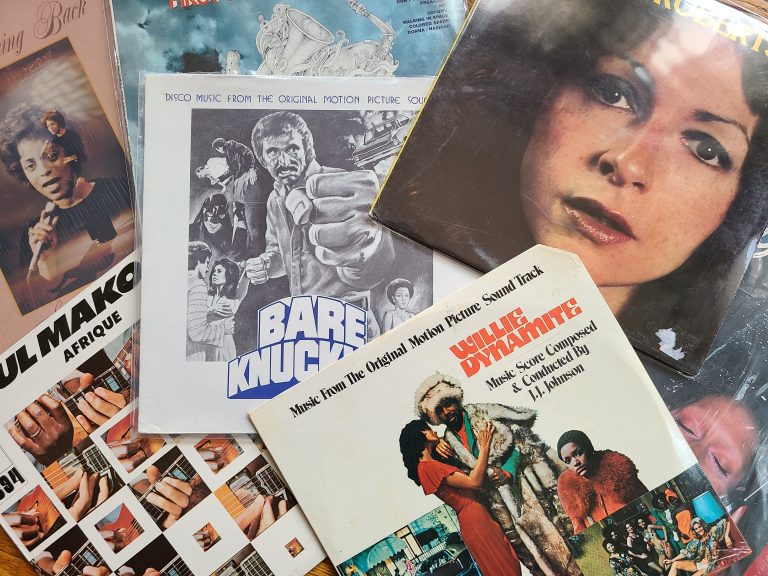 There is no one point of view that all collectors follow when it comes to buying sealed items and collectibles. We all love finding something that’s as close to new as possible, with the least amount of wear as possible which not only retains more of a value but also gives sort of bragging rights especially when grading is concerned. But the age old debate amongst collectors (and outsiders alike), to open and enjoy it or to keep it sealed and maintain it’s value. For a deep collector who is serious about the value, the best answer obviously would be to keep it sealed and then buy and unsealed copy to use as the daily player or display case object. For those who have come to the realization that something is so rare or pricey that they may never own another copy, the answer is to open and enjoy it as in the case especially with records.

Recently while going through records (let’s not even talk about other items in my collection), I realized that I was sitting on a large number of records that were sealed. Some which I had doubles of that I had listened to a million times, while others I didn’t. Have I heard those some of those records that remained sealed? Of course, records are meant to be played so thats exactly what I do (but there’s nothing wrong with having sealed copies, is it!?) Are collectors missing out on not slicing open the shrink, smelling the 40 year old sealed freshness and dropping the needle down without hear any sort of popcorn or cue burn? Probably so, but what would you do if you were in my situation of only having one copy of something and it was sealed!?

Recently, fellow toy collector @retronostalgicnerd had a few rare 1980’s Batman Super Powers items that were sealed and mint on card that he “threatened” to open. I like a few others thought he was completely insane and pleaded with him (in fun) not to unbox the items but did he listen, no of course not. With a big smile, he went on @iDstroy’s show and proceeded to unbox a sealed Batmobile which is extremely rare and to figures mint on card. As entertaining as it was to see the big grin and excitement on his face opening it live, I couldn’t help to ask myself, “what the hell is he thinking!?” What’s done is done and now those items are proudly displayed in his collection and he had the pure joy of opening them in front of the world like it was Christmas 1984. Would I had been able to do that, nope not all. I don’t have that much strength in me to slice open that factory seal even though it would be a moment of childhood excitement.

Another reason for myself as well as others not opening items is because of the resale factor. I never go in to collecting something with the though of selling it but I have been known to off something in a trade or straight sale for something else that I want slightly more. Having it still sealed means commanding more of a higher price or trade value on the market and especially to the right buyer.

So do you leave it sealed or do you unseal the deal!?