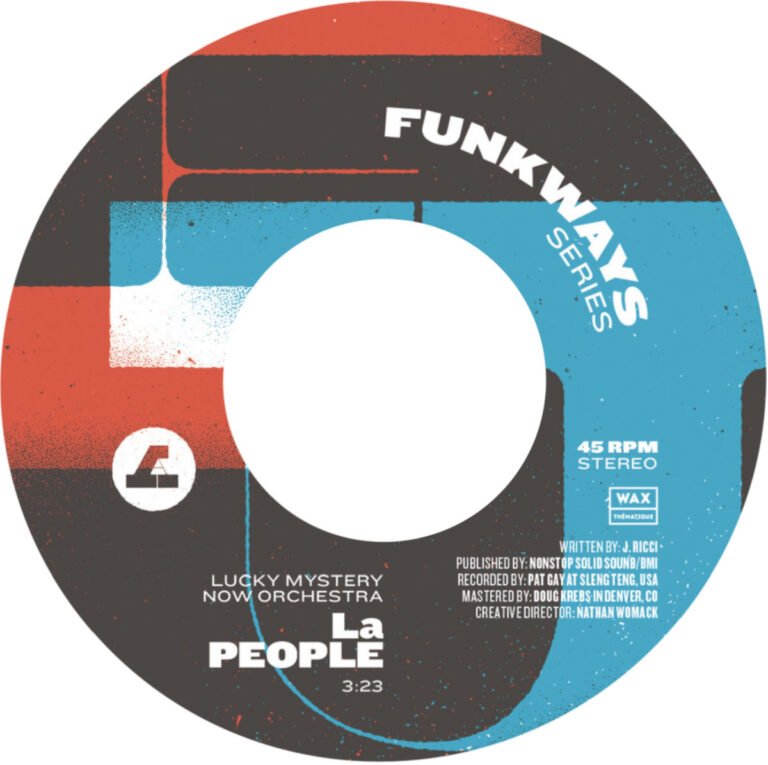 2020 was a pretty great year for independent label vinyl releases with labels really keeping our ears full and our attention slightly off of the pandemic that’s taken over the world. With 2021 already in full swing, we’re sure to see labels doing even more of the same and then some so it’s exciting when something new lands across our desk that fits a sound that we really dig. Introducing, Lucky Mystery Now Orchestra!

“An expansive vision of Seattle Funk and Soul lands at Wax Thematique. There’s a very good reason we’ve not released a 45 until now. To do the medium true justice and carry it’s lore forward, is naturally the only way we could approach a seven inch record. Heads and collectors know, DJ’s and Selectors hold them close, and in many cases far more than a full sized 12” LP. So we had no choice but to wait until the right composition presented itself. And if it didn’t that’s fine, we’d keep doing our thing. But thanks to Nate Spicer of @rezin_tooth_dub & @polyrhythmics, we were introduced to Joel Ricci’s “Funkways”.”

“Known as a pioneer creator of deep funk among maven record collecting circles in Europe, Joel Ricci has released his signature brand of down-and-dirty 4 track minimalist blues on sought after labels, Tramp Records from Germany and Rocafort Records out of Spain. Sometimes known as Lucky Brown, Joel helms his Lucky Mystery Now Orchestra band (among many other just-as-raw side groups), projecting a living image of the vastness of the potential of community-based, vernacular, rhythmic music. 2 incredibly raw tracks available for the first time.”