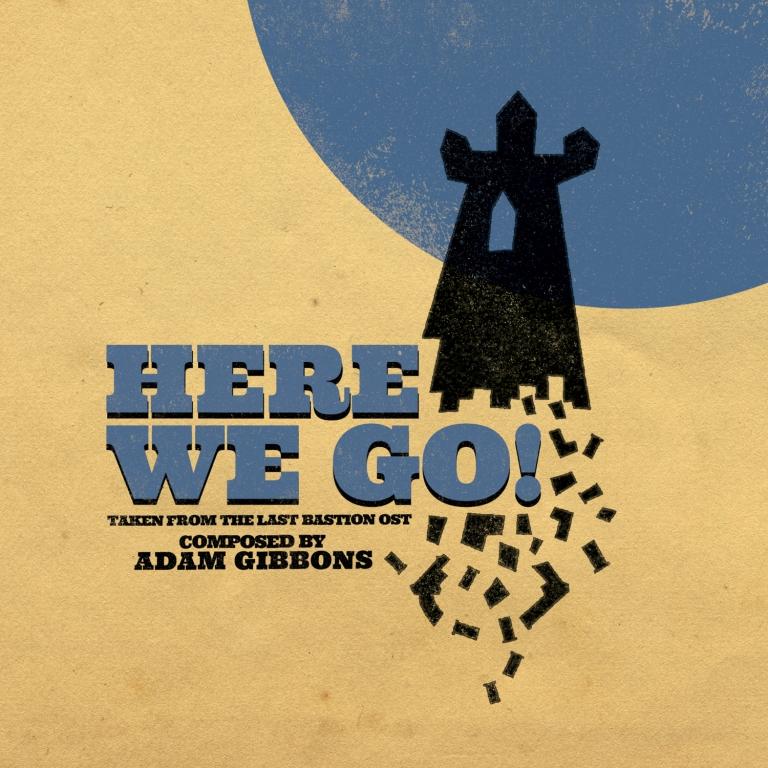 If you’ve been following us here at Nostalgia King then you’ll know that when it comes to anything film and soundtrack related, I’m all for it. Film has played a major part of my life and has been an influence in a lot of things that I do creatively and of course it’s affected others in that same way. One person who obviously has been heavily influenced and has begun to push that inspiration into a direction with hopes of propelling him into realm of reserved for the greats. That person in mention is Adam Gibbons, artists and producer behind Lack of Afro and The Damn Straights and who has a deep affinity for the sound of  film.

His latest project, “Here We Go!” is an EP worth of explorations into cinematic realms and marks the first of a 3-part series called “The Last Bastion” OST which follows four men who have had enough of their uninspiring lives so they decide to pack up all their possessions and travel to a place called ‘The Last Bastion’ – a kind of utopian theme park that promises eternal fulfillment.  I’m loving the well thought out treatment of a film that doesn’t technically exist but with this soundtrack, the picture is perfectly painted and sets the stage.

Knowing that he wanted to score films but not yet given the opportunity, Gibbons took things into his own hands last year when he set about creating his own. “I got the idea from David Holmes, one of my favourite film composers who decided to make imaginary soundtracks to the short films he carried around in his head (1995’s ‘This Film’s Crap, Let’s Slash The Seats’)”.

“Having originally got into music with the idea of scoring films, ‘The Last Bastion’ sees Adam realising something of a long-held ambition. “Long before Lack of Afro, being a film composer was all I wanted to do. All my heroes were composers – John Barry, John Williams, Thomas Newman, and more recently David Holmes, Daniel Pemberton and Ludwig Goransson. There is something magical about a great film score – it adds so much to the cinematic experience”